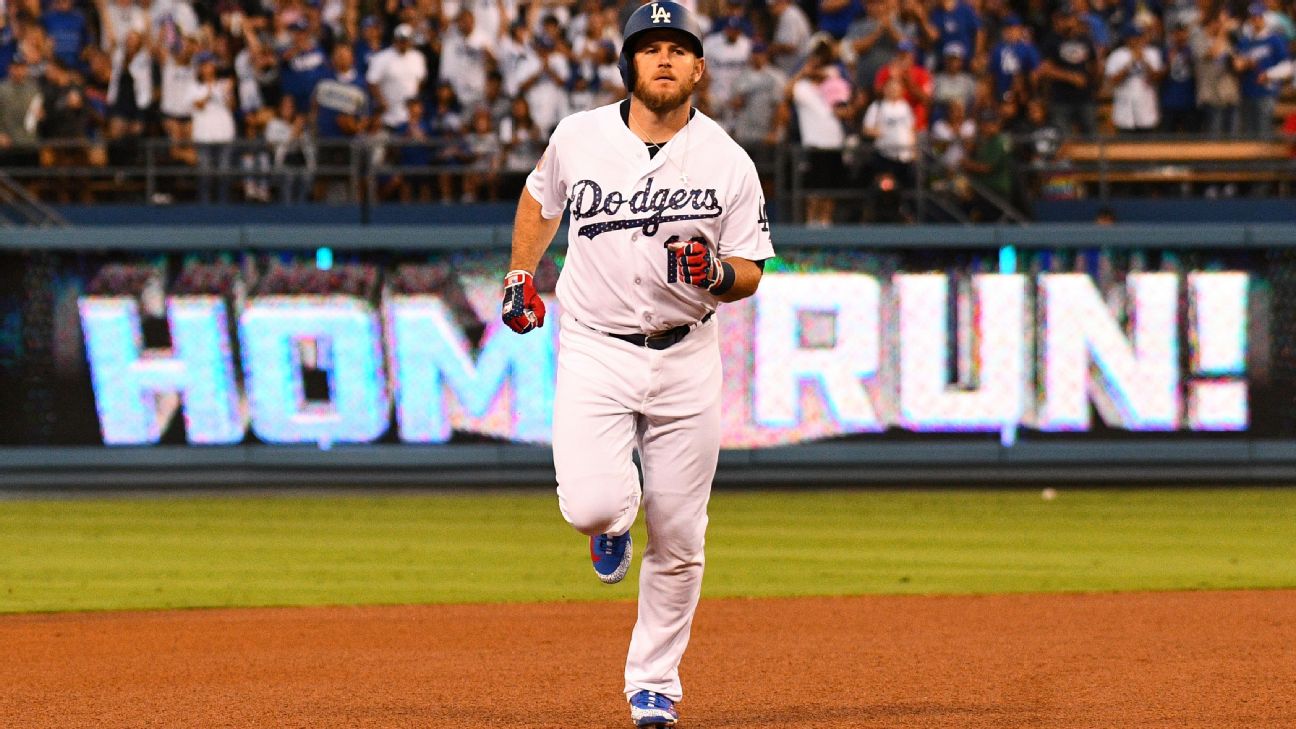 Los Angeles Dodgers slugger Max Muncy says he will participate in the Home Run Derby next Monday at Nationals Park in Washington.

Muncy is also a candidate for the All-Star Final Vote with a roster spot on the National League All-Star team at stake.

The infielder, appearing Monday on AM 570 radio in Los Angeles, said Dodgers hitting coach Turner Ward will pitch to him during the Home Run Derby.

Muncy, 27, leads the Dodgers with 20 home runs. He has hit a home run every 10 at-bats this season, better than the career rates of the top-three home run hitters in major league history: Barry Bonds, Hank Aaron and Babe Ruth.

Muncy's resurgence has been one of the surprise stories in baseball this season. Released by the Oakland Athletics after two unimpressive seasons -- he batted .206 in 2015 and .186 in 2016 -- he was signed to a minor league contract by the Dodgers in 2017. He spent the season in the minors and was called up on April 17, 2018.

He reached 20 home runs on Wednesday in only his 183rd at-bat of 2018, making him the fastest to get there in Dodgers history, according to Elias Sports Bureau research. Muncy had managed only five home runs in his first 96 major league games.

The 27-year-old credited a restructured approach, which has him crouching lower into his batting stance and getting more upward trajectory with his swing.

"I've always felt the power was there," Muncy said last week. "It's just my swing wasn't built for hitting home runs before, whereas now, I feel like I get myself in a better position to use it."