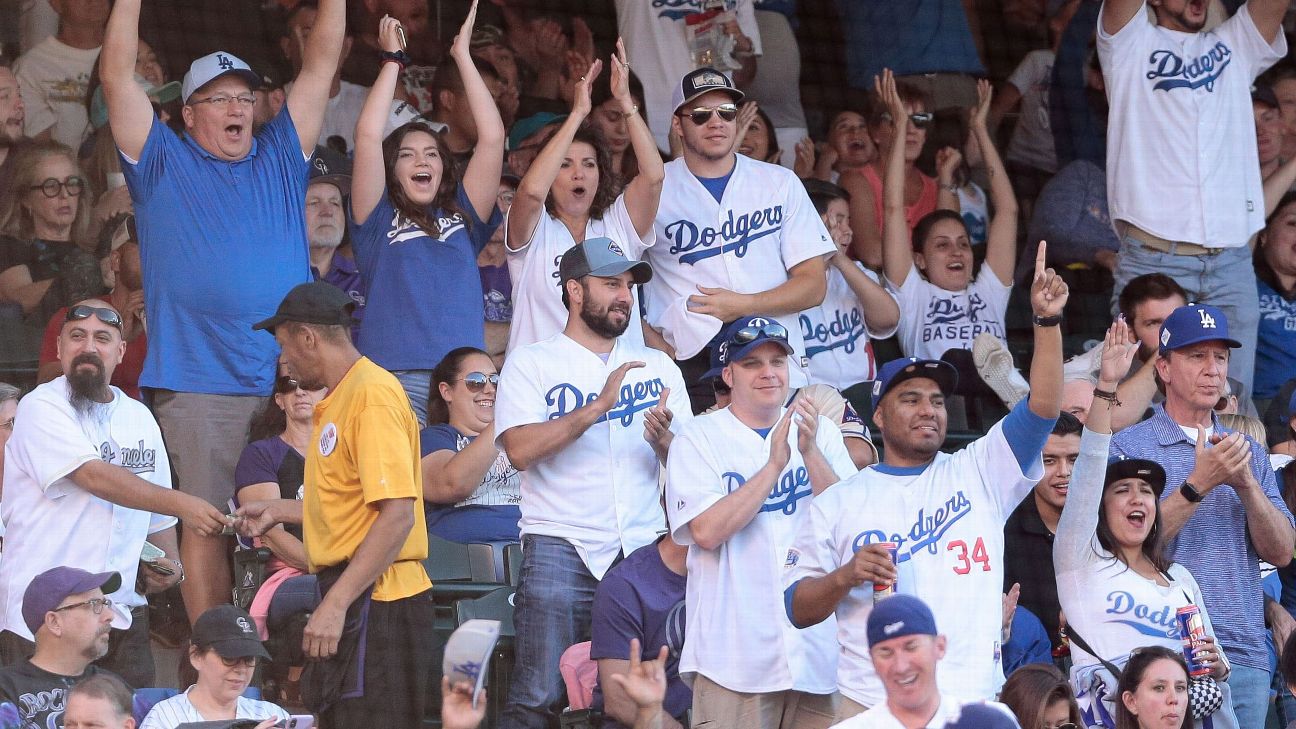 A family of Los Angeles Dodgers fans is seeking $17 million in damages over claims that they were racially profiled and treated with excessive force by the team's security personnel during a game last October.

The suit, filed in Los Angeles Superior Court on Thursday, stems from an incident that took place after the Dodgers' season-ending loss to the Washington Nationals in Game 5 of last year's National League Division Series. It claims that seven members of the Verdin family were called "gang bangers" and "thugs" while being "accosted, assaulted and battered" by Dodgers security employees despite being innocent bystanders near another fan "acting erratically, pushing and yelling at plaintiffs and their family members."


In a news release, the family's attorney, Peter diDonato, said Dodger Stadium security -- in this case a mix of non-sworn people and off-duty law-enforcement officers -- "attacked the Verdins, a Latino family, without just cause due to illegal racial profiling." The suit seeks $7 million in damages for assault, battery, false imprisonment, infliction of emotional distress and violation of federal civil rights, plus an additional $10 million for punitive damages, according to the release.

A Dodgers representative said the team does not comment on pending legal matters.


The suit claims that David Verdin, 24, was placed in a choke hold and struck multiple times in his body and his head, and his brother, 26-year-old Rigoberto Verdin Jr., was pinned to the ground with an officer's knee on his neck. Javier Verdin, 16, was allegedly thrown to the ground by Dodger Stadium security, and Jamie Verdin, 18, was struck in the face and suffered a broken nose. David and Rigoberto Jr. were then taken to jail, but no charges were filed, the suit says.