Draymond Green: Mark Cuban will never understand what my feelings are 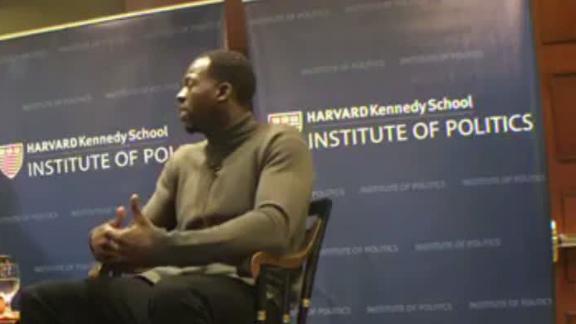 ESPN
By Chris Haynes
BOSTON -- Golden State Warriors star Draymond Green discussed race relations in America and bridging the gap between the community and law enforcement while serving as the keynote speaker at Harvard University on Thursday afternoon.

The reigning Defensive Player of the Year, hours before taking on the Boston Celtics, received a series of questions from the moderator while talking to the hundreds of students in attendance. At one point, the moderator asked Green to expound upon comments he made on Instagram in October saying the title "owner" shouldn't be used in professional sports.

"Very rarely do we take the time to rethink something and say, 'maybe that's not the way,'" Green said. "Just because someone was taught that 100 years ago, doesn't make that the right thing today. And so, when you look at the word 'owner,' it really dates back to slavery. The word 'owner,' 'master' -- it dates back to slavery. ... We just took the words and we continued to put it to use."

Dallas Mavericks owner Mark Cuban told ESPN in early November that Green owes the NBA an apology for making such a statement. Cuban even suggested that Green might not understand how equity works.

The power forward hadn't publicly responded to Cuban's remarks until this week.

Green took it a step further in order to give more insight into his thought process.

"But think about that. 'Here's my owner.' Do they really own you, the person? ... If I walk in and say I'm the owner of the Golden State Warriors and you think Steph Curry, it's a backwards thing."

Green said people referred to Steve Jobs as the CEO of Apple, not the owner.

He said the reason for sharing his view was to raise awareness, not draw more division.

"I didn't say that in disrespect to anyone," Green said. "I said that because those were my thoughts. I'll say Mark Cuban because he's the one who said the things he said, and I wasn't going to get into a back-and-forth with Mark Cuban because that wasn't my point. ...

"When you look at Mark Cuban, for instance, with the whole equity thing -- we all can own equity and that's fine. But Mark Cuban will never know or understand how it feels for me, a young black African-American, to turn on the TV and see what happened in Charlottesville. He'll never have that feeling.

"So, when I say, 'Hey maybe we shouldn't use that word,' to be honest, I really don't expect him to understand where I'm coming from because he'll never feel what I feel when I turn on the TV and see however many people are taken down by the KKK or whatever group it was. He'll never know that feeling that I have about that.

"And you can try to understand it, and he will still never understand it to the degree that I do. ... It's not to take a shot at the owners of these entities; it's more so trying to help spark change to help others that may be similar to me, because he may feel the same way that I feel because I'm African-American."

Green was asked what he thought about people who tell athletes to stick to sports.

"That's funny," Green said. "The reason that's funny is because they say athletes can't speak on politics. Well, I find that funny because everyone thinks they can speak basketball."

Recognizing how passionate Green is about social issues, the moderator wondered whether he had a future in politics. The All-Star ruled it out, saying he isn't knowledgeable enough on the policies.

A student in the crowd yelled, "You know more than [President Donald] Trump."

Green's primary message, he said, was to urge those who believe in a cause to get educated on it and give it a voice. He credited how the Warriors created an atmosphere for athletes to speak openly about what they stood for.

He challenged the students to do the same, and he challenged Cuban to understand where he's coming from.

"It's kind of hard to speak out and say that's wrong, and you can't feel that way, and I can own equity, and I can do this, and you're dead wrong for saying that," Green said. "But you can't say I'm dead wrong because you really don't know how it feels to turn on that TV and see a young black man shot by a police officer and he was unarmed.

"You will never get that feeling, so it's hard to say I'm wrong." 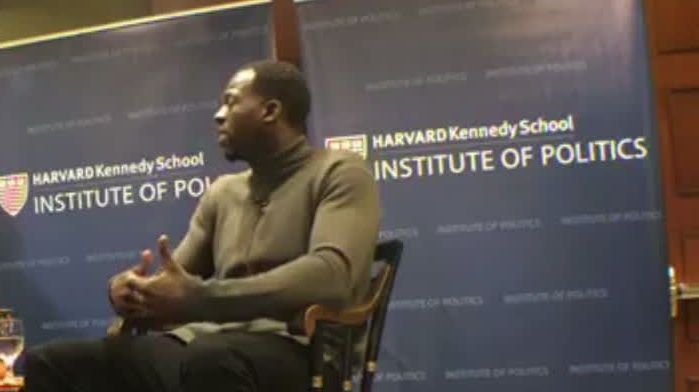 Draymond: Cuban will never feel what I feel
Dryamond Green explains his comments regarding Mark Cuban not understanding where he is coming from, with the goal of starting a conversation that is much needed.
Report a correction or typo
Related topics:
sportsespnrace relationspoliticsgolden state warriorsdraymond greendonald trumpkkkmark cubannbaharvardcharlottesville
Copyright © 2020 ESPN Internet Ventures. All rights reserved.
More Videos
From CNN Newsource affiliates
TOP STORIES