Draymond Green on anthem debate: 'We said what we had to say' 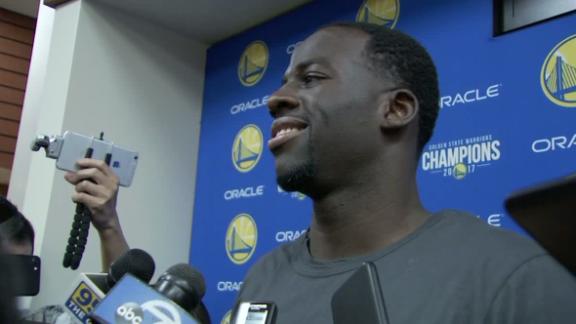 OAKLAND, Calif. -- After the Golden State Warriors lost 108-102 to the Denver Nuggets in a preseason opener Saturday evening, the essential question asked at postgame availability was why the team elected not to participate in a protest demonstration before tipoff.

Their opponents, the Nuggets, locked arms.

Draymond Green said the team didn't have a discussion about whether peacefully protesting during the national anthem was the right call. The Warriors have been the most vocal team in the NBA when advocating for racial equality and condemning the acts and rhetoric of President Donald Trump.

If there was to be an NBA team that kneeled during the national anthem, the Warriors would be the favorites to do so.

NBA deputy commissioner Mark Tatum sent a memo to all 30 teams on Friday reminding them of the guidelines that require each player, coach and training staff member to stand for the anthem -- and if they do not, a form of discipline would be in order.

Many wondered how the players, especially the outspoken Warriors, would react to this reminder.

"That rule has been in there for some time, so it wasn't meant to prevent anything," Iguodala said to ESPN. "So when you look at it from that standpoint, you understand that's just the rule. It's like having a drug test. You just have to comply with it."

Although the NFL highly encourages its players to stand for the anthem, it is not a written mandate. That's why quarterback Colin Kaepernick couldn't be penalized when he started the kneeling protest last season while with the San Francisco 49ers.

Green said that just because his team is not following the NFL players' method of bringing attention to social injustice doesn't mean he disagrees with their action.

"I think people make what they want out of [kneeling]," he said. "I think it's at a point now where everybody knows. The conversation started. It's about capitalizing on that and trying to make things better now. Kaep made the statement a year ago. I don't knock anybody for doing what they do or what they feel they need to do. But I think the conversation has started at this point. The more you make gestures or this and that, that becomes the conversation, and that's beside the point."

Iguodala says they clearly have more work to do in this country, and he cited Trump's tweet directed at Stephen Curry and the franchise.

"I looked at it today. It was funny. Trump's tweet on Steph, that thing got like, I don't know how many thousands of likes. So that's what I saw. I was like, people don't even realize how many likes he got for saying, Steph, you can't come to the White House. Do you know how many people that is out there? I think we need to focus on stuff like that. He had like 200,000 likes -- something stupid. Like, y'all actually agree with that?"

Head coach Steve Kerr said that whatever the players decided to do when it came to protesting methods, the organization would have supported them. He said their choosing not to protest during the anthem on Saturday doesn't take away from how strongly they feel about making a positive change.

"Our guys, I think, have made their feelings pretty clear about things that are happening, and I'm very proud of the work they do in the community," Kerr said. "It's amazing the number of good deeds our players do. I think from my perspective, anyway, I think the discussion is going on out there. There's a lot of back and forth. We don't need to please anybody because no matter what we do, we're going to take criticism. So we don't really care what anybody says. If our guys were to kneel, people would say, why are you kneeling? Tonight, maybe they say, why weren't you kneeling? It's about us. I'm very proud of their words and their deeds. At some point, we just got to play basketball, and as long as we continue to work and compete and they're contributing to society in a lot of great ways, then that should be enough."

Everyone, apparently, was in agreement on Saturday. Now the focus is on what's next. 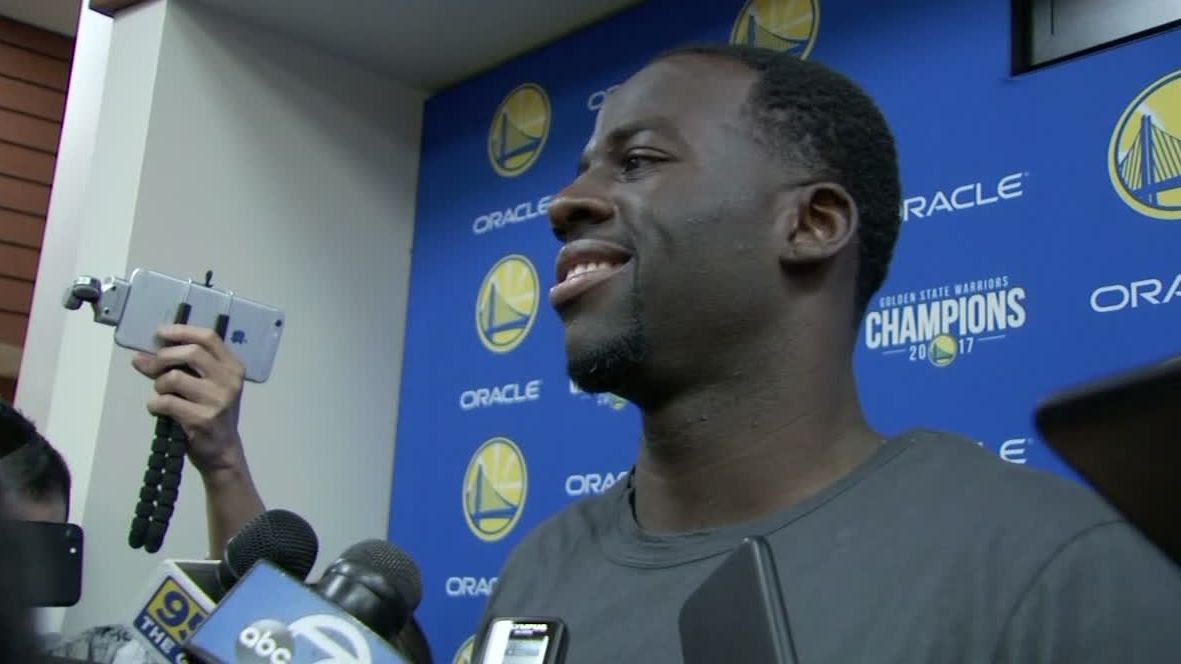 Draymond on national anthem: 'Everybody knows where we stand'
Draymond Green says there wasn't a discussion in reference to action taken during the national anthem ahead of the Warriors' first preseason game, adding, "We don't need to do anything else to show where we stand, everyone knows where we stand."
Report a correction or typo
Related topics:
sportsespnanthemgolden state warriorsstephen currydraymond greendonald trumpprotestnbakneelcolin kaepernicksteve kerrandre iguodala
Copyright © 2020 ESPN Internet Ventures. All rights reserved.
More Videos
From CNN Newsource affiliates
TOP STORIES