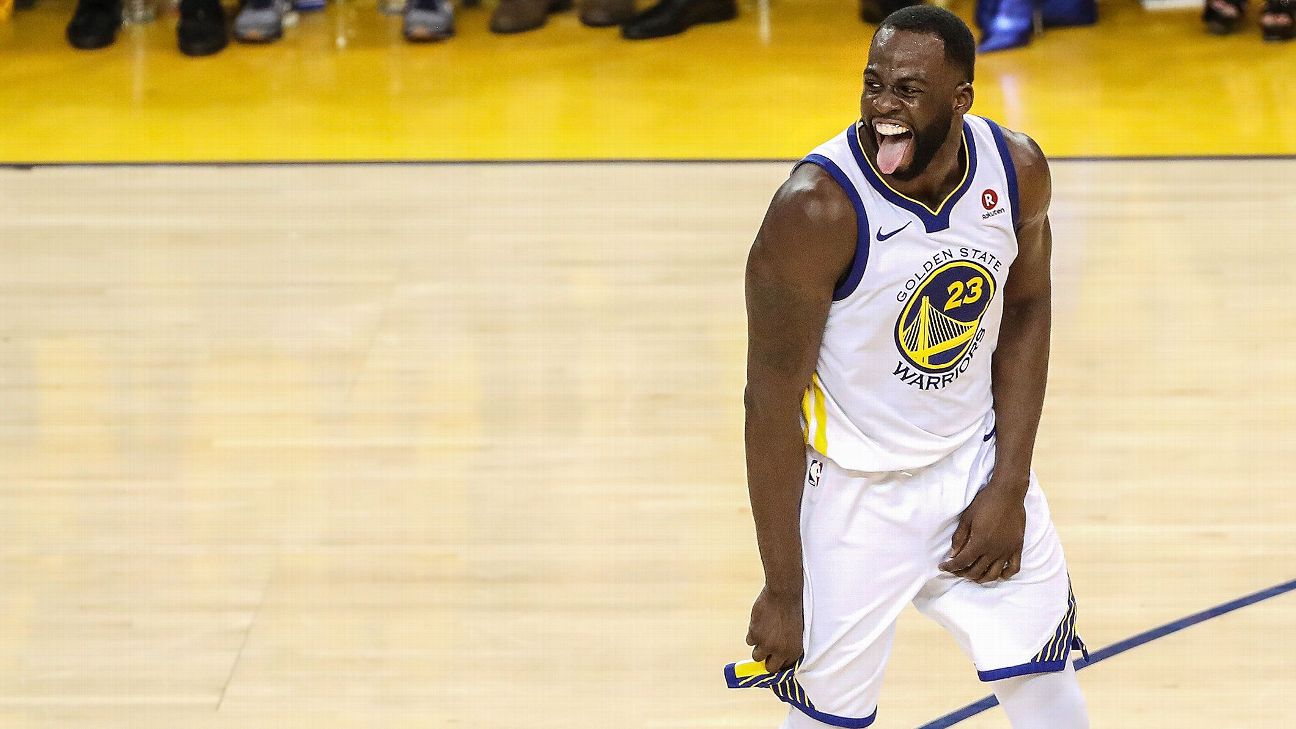 If you're not familiar, the shirt is a play off the famous social media meme of the "Arthur" fist, which James posted on Instagram early this season with the caption "Mood... ." Back in November, Green followed James's "mood" post with one of his own, though he said he wasn't trolling James at the time.

Green's parade shirt Tuesday featured the fist wearing three championship rings -- one for each time the Warriors have defeated James and the Cavaliers in the Finals. The Warriors won titles in 2015, 2017 and 2018 -- with each year being noted on the rings on Green's shirt -- while the Cavaliers famously came back from a 3-1 deficit to win the title in 2016.

Green has a history of using the Warriors' title celebration to take a shot at the Cavaliers. Last year he wore a T-shirt with the word "Quickie" on it, rendered in the style of the logo for Quicken Loans, the title sponsor of the Cavs' home arena.

However, at Tuesday's parade, Green wasn't the only one trolling James.