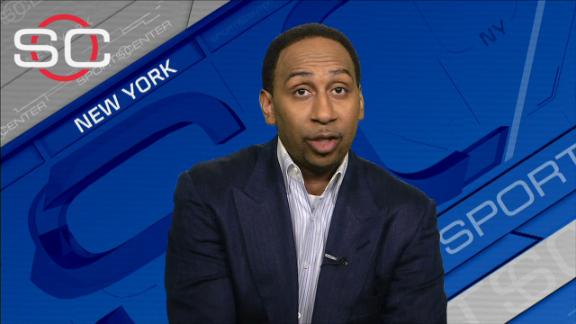 "It's going to be a lot of stuff said about me and Pat. First of all, I love Pat. He has a job to do. He has a different hat to wear," Wade told reporters at his youth basketball camp in downtown Miami. "That hat sometimes is not to be my best friend. That hat is to be the president of the organization and to be a businessman, and that sucks.

"You love each other, but the business side comes out, and you have to deal with it."

Wade said he understood the difficult position Riley is sometimes placed in as the team's president.

"I'm not saying we've hugged and cried and shared tears at this moment," Wade said, "but I love Pat and will always love Pat. And I know he feels the say way about me."

Wade, 34, was back in Miami on Saturday for the first time since he turned down a two-year, $40 million offer from the Heat on Wednesday to instead commit to the Bulls on a two-year, $47 million deal that includes an option to enter free agency again next summer.

The abrupt move signals the end of an era for Wade in Miami, where he was drafted fifth overall in 2003 and helped guide the Heat to five NBA Finals and three championships. He is the franchise's all-time leading scorer.

The breakup has been emotional for Wade and the Heat the past few days, with both sides using social media and other public avenues to send pleasantries and gracious reflections to fans and each other. Wade said he returned to Miami on Friday night and drove by AmericanAirlines Arena, where the Heat spent the day sharing highlight videos and selling his merchandise for $13 to commemorate his 13 seasons in Miami.

But privately, Wade parted ways with the Heat after a second consecutive summer of strained contract negotiations with Riley and owner Micky Arison. It was Arison who bridged the gap last summer when he got Wade to agree to a one-year, $20 million contract. But after playing in 74 games, leading the team in scoring and pushing the Heat to within a victory of the conference finals, Wade felt he was due a longer and more lucrative contact.

Wade said Saturday he understood why Riley and Arison stood firm on their position of protecting future flexibility, even at the cost of alienating a player who has been the face of the franchise for more than a decade.

"He's a tough cookie," Wade said of Riley. "I've grown into being a tough one as well. Yeah, we can butt heads at times. I have nothing but the utmost respect and admiration for what he's been able to do in this game of basketball. I've only got 13 years under my belt. He's got 13 years times 10 under his belt."

In a text message to ESPN's Dan Le Batard on Thursday, Riley said it was sad that matters dissolved to the point where Wade walked away from the Heat. There have also been questions in the aftermath as to how committed the Heat were to keeping Wade around.

"I truly loved Dwyane, but families grow, change and get on with another life," Riley wrote in the message to Le Batard. "He will always be a part of us. And no more bruises and enough fighting. Let's just fly above it if we can and never forget. I feel his pain and pride for what pushed him over the edge."

The Heat failed to deliver on two of the three priorities Riley set forth for the offseason. Miami secured center Hassan Whiteside on a four-year, $98 million contract in the opening hours of free agency July 1 and then turned its attention toward an unsuccessful pitch to land Kevin Durant during a July 3 meeting in New York.

Wade was forced to wait, and he refused to accept a contract offer that never increased throughout the process. On Wednesday, Wade met with the Milwaukee Bucks,Denver Nuggets and Arison, who made a last-ditch effort to patch up differences between Wade and Riley.

Wade, a Chicago native, chose to join his hometown Bulls.

"I'm never bashing Pat Riley. I'm never bashing the Miami Heat organization. I'm never saying nothing negative about them out of my mouth," Wade said after working 300 kids through drills at a gym about a mile from the Heat's arena. "Does the way that process goes down [make] you angry? Yes. Do you feel a certain way about stuff? Yes.

"Like I said, the business side just comes into play sometimes, and it's an ugly, ugly side. But at the end of the day, there's nothing but love from me." 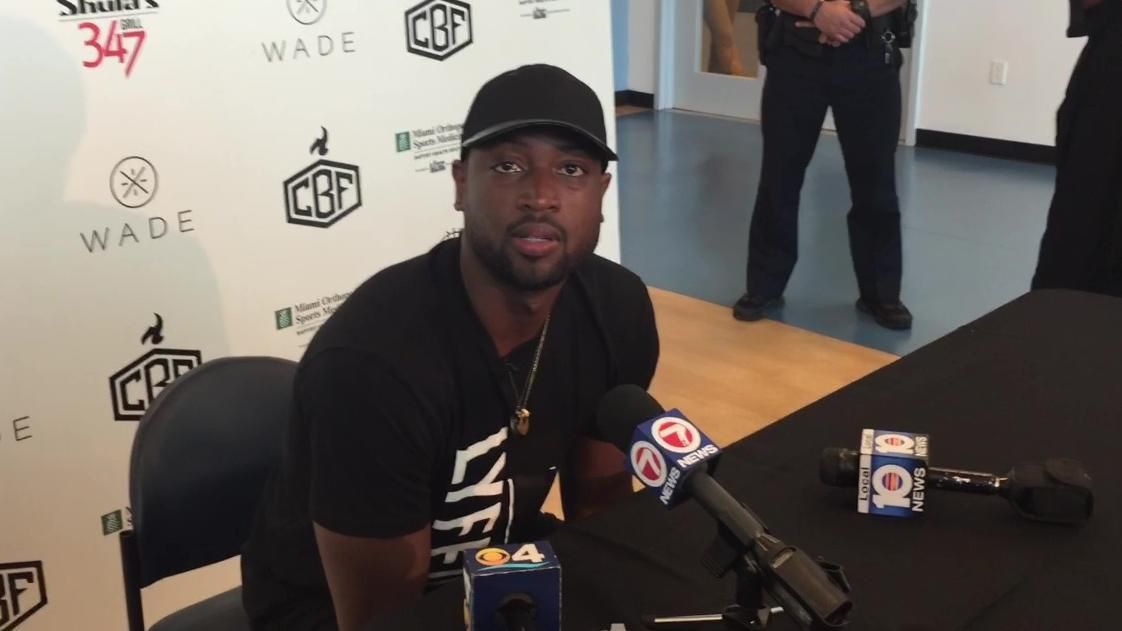