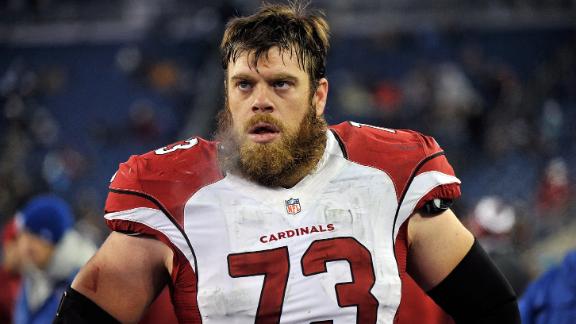 ESPN
Eric Winston, the newly elected president of the NFL Players Association, has vowed not to let the league expand to an 18-game season on his watch.

"I can tell you %5Bgoing from%5D 16 to 18's dead in the water," Winston told USA Today Sports on Wednesday. "I won't let it happen. I don't think any of these other guys are going to let it happen. It's a safety issue."

As for an expanded playoff field, Winston was less definitive in his response, saying there were many more questions that would need to be addressed.

"How is that structured? How is that worked out? What are we talking about here? How's that other team getting in?" Winston told USA Today Sports. "I think it goes to a broad structure and it speaks differently than we're talking about having 32 teams play two more games apiece.

"That's something that will be looked at and looked at hard by the players because there are some guys that might want it. But if it's some broad stroke, then we're probably not going to go for it."

The 30-year-old Winston, a free-agent offensive tackle who played for the Arizona Cardinals last season, succeeded Domonique Foxworth as president and will serve with executive director DeMaurice Smith.

Winston also has played for the Houston Texans and Kansas City Chiefs during his eight-year career and started 119 consecutive games, the second-longest active streak in the league.