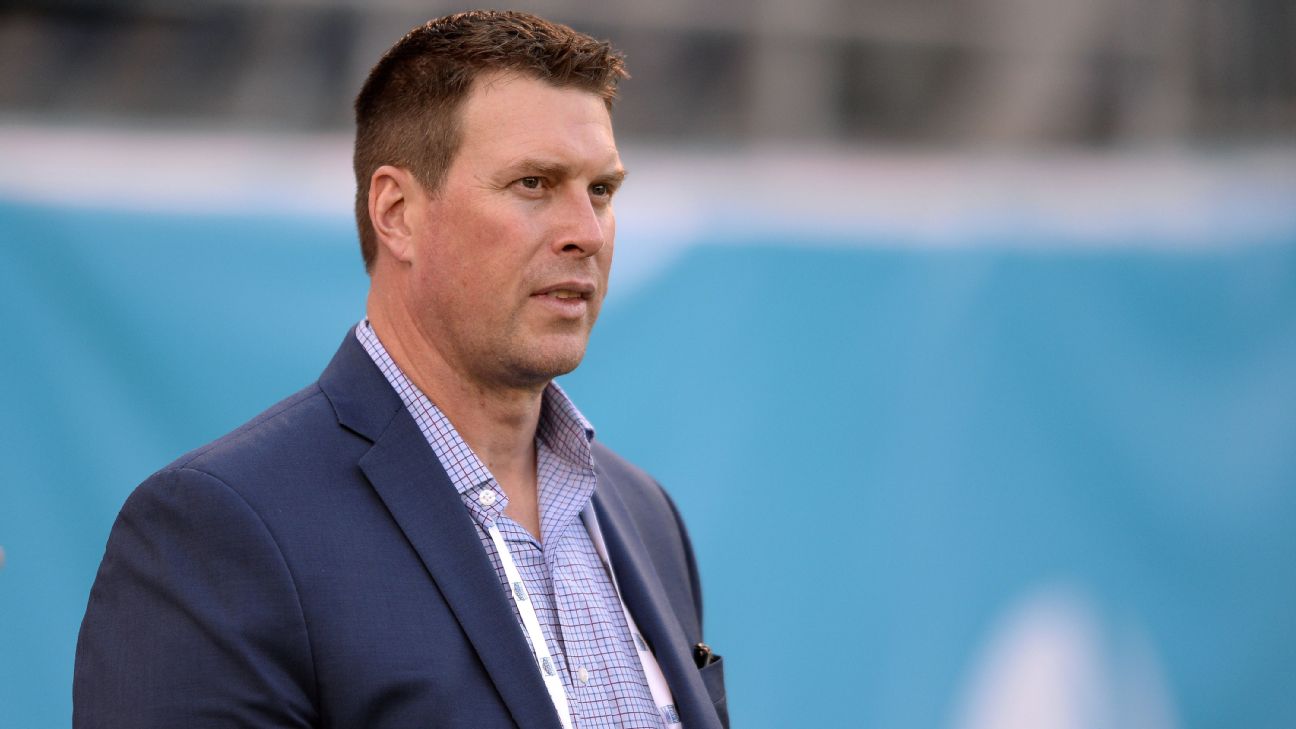 Ryan Leaf has been hired by ESPN to be a college football analyst, another step in the remarkable comeback of the former Washington State star who has battled drug addiction and served time in prison.

Leaf will be paired with play-by-play announcer Clay Matvick and will call games mostly on ESPN2 and ESPNU. The No. 2 overall NFL draft pick of the San Diego Chargers in 1998 worked for the Pac-12 Network last season and has been co-hosting a show on SiriusXM's Pac-12 channel.

Leaf finished third in the Heisman Trophy voting in 1997 and led the Cougars to the Rose Bowl that season.

After a tumultuous four-year NFL career, Leaf's personal life fell apart. He spent two years in prison after being arrested in 2012 for breaking into a home in Montana to steal prescription drugs and for violating his Texas probation.

"Ryan has experienced the highs and lows in the game of football, putting him in a position to relate to a wide range of situations players can find themselves in,'' said Lee Fitting, ESPN's senior vice president of production. "He will be able to rely on those experiences -- including an unbelievable college career where he was an All-American and Heisman Trophy finalist -- in his analysis, making him a tremendous asset for our team.''

Leaf tweeted Sunday night that there is a "ton of gratitude in the Leaf household."

Leaf told The Associated Press on Saturday night that after he was released from prison in 2014, he tried to map out plans for his future and considered three paths: the entertainment industry, law school and sportscasting. He took steps toward entering each one.

"I had a broadcast journalism degree from the Murrow School at Washington State, so I had the ability to do it. Or at least the know-how. I just didn't know what I was going to do,'' Leaf said.

Leaf, 43, a native of Montana, said he reached out to former players who had made the transition to television, such as Joel Klatt, Brady Quinn and Kirk Herbstreit, and they allowed him to shadow them on assignments.

"I realized two things: I really wanted to do it, and I really felt like I could do a good job at it,'' Leaf said.

Leaf credited Fox NFL reporter Jay Glazer for supporting and mentoring him as he attempted to enter the business; Steve Cohen, vice president of sports programming at SiriusXM, for building a show around him; and ESPN coordinating producer for college football Ed Placey for guiding him through the process with the all-sports network.

Leaf shadowed ESPN's Greg McElroy, another former college quarterback who has been a hit on television, when McElroy called the Washington State-USC game in Los Angeles last season. That led to an audition in March.

Leaf said he got the call from ESPN with the job offer about a month ago as he was driving to a meeting in Los Angeles. He lives in Southern California with his fiancée and 21-month-old son.

"I had to pull off the side of the road. I was really emotional,'' Leaf said.

He expects to call games all over the country and do some studio shows. The road to recovery from addiction that looked so bleak at points for Leaf has turned into a feel-good story.

"Five years ago, sitting in a prison cell, I would have never imagined that I was going to be part of ESPN and the Disney Corporation,'' Leaf said. "If you would have told me that, I would have said you are absolutely crazy. And I can't believe it. I lay my head down every night with a ton of gratitude.'' 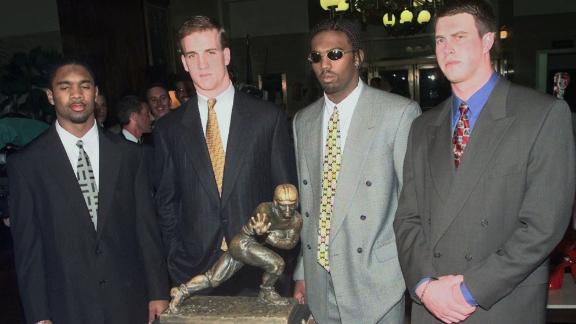