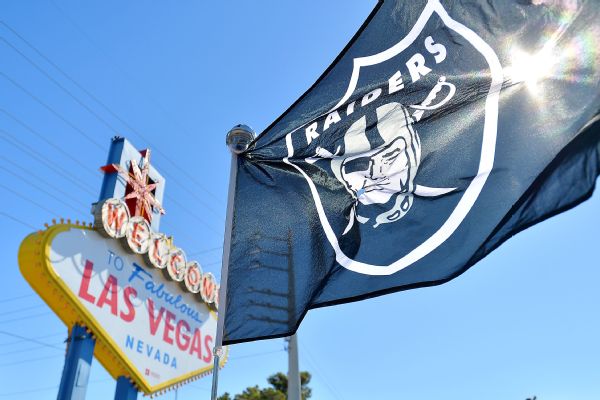 LAS VEGAS -- Police were called after hundreds of job seekers on Thursday flooded a board meeting for the new Oakland Raiders stadium in Las Vegas and turned irate when they discovered they were victims of a hoax.

A flyer promoting "pre-job recruitment sign-ups" attracted more than 700 people to a regularly scheduled meeting of the Las Vegas Stadium Authority board.

Tensions flared among some attendees after officials explained there were no jobs yet on the $1.9 billion project, which has many steps that must be completed before construction can begin.

Las Vegas police closed off access to the county building's parking lots after the size of the crowd ballooned.

Board chairman Steve Hill denounced the flyer after the meeting saying, "If folks were brought to the meeting under a false pretense, I think that's too bad, that obviously shouldn't happen."

He added that the attendance "exhibits a real desire on the part of a number of people in the community to go to work."

Raiders executives and members of the group that the team has assembled to carry out the project spoke at the meeting and said they are working on an agreement that will address minority hiring and reaffirmed that they will meet a state-mandated 15 percent contracting of small businesses.

"The Raiders take this obligation very seriously," Raiders executive vice president Dan Ventrelle said of the so-called community benefits plan, which will outline the hiring of a diverse workforce. "We embrace working within the outline of the legislation and meeting all of its requirements."

The board is expected to discuss the plan at its August meeting, as well as an agreement that would allow the football team of the University of Nevada, Las Vegas, to use the 65,000-seat stadium that will be built near the Las Vegas Strip. The board must approve those two and other documents before any ground breaking. The team wants to play in Sin City starting in 2020.

Guests of hotels and other lodging facilities in the Las Vegas area are contributing $750 million through a room-tax increase. On Thursday, the board learned the tax increase yielded more than $13.1 million from March through May. That's 16 percent more than projections.

The team and the NFL are expected to contribute $500 million to the project. In addition, the team has secured a $650 million loan from Bank of America to cover the rest of the project's cost.
Report a correction or typo
Related topics:
sportsespnflyerpolicenfljobsoakland raidersfakelas vegashoax
Copyright © 2020 ESPN Internet Ventures. All rights reserved.
More Videos
From CNN Newsource affiliates
TOP STORIES