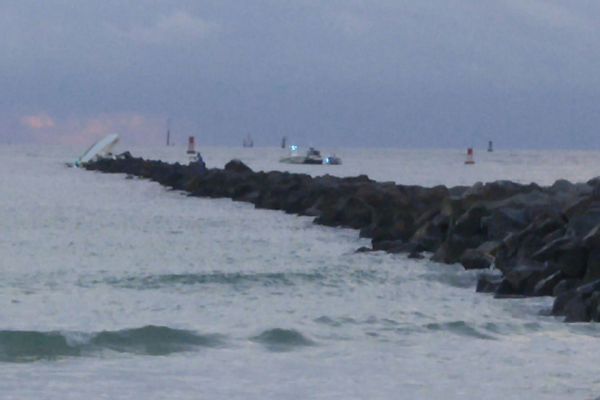 MIAMI -- The families of the two men who were with Miami Marlins pitcher Jose Fernandez when his boat crashed into a Miami Beach jetty -- killing all three -- are suing the All-Star's estate.

Attorney Christopher Royer, who is representing the two families, told the Sun Sentinel that the claim for 25-year-old Eduardo Rivero was filed Friday and the claim for 27-year-old Emilio Jesus Macias will be filed Monday. Each family is seeking $2 million.

Authorities say Fernandez had cocaine and alcohol in his system at the time of the September crash, though it's not clear whether Fernandez was driving.

The attorney representing Fernandez's family, Ralph Fernandez, told the Sun Sentinel that a settlement is "highly unlikely," saying the official crash investigation has not been completed, but he expects it to find Jose Fernandez was not driving the boat when it crashed.

Also Friday, the Marlins announced plans to honor Fernandez with a commemorative No. 16 patch on the front left side of their jerseys, above the heart, this season.