Fauci to Warriors' Steph Curry: Trajectory of curve must come down before games can resume 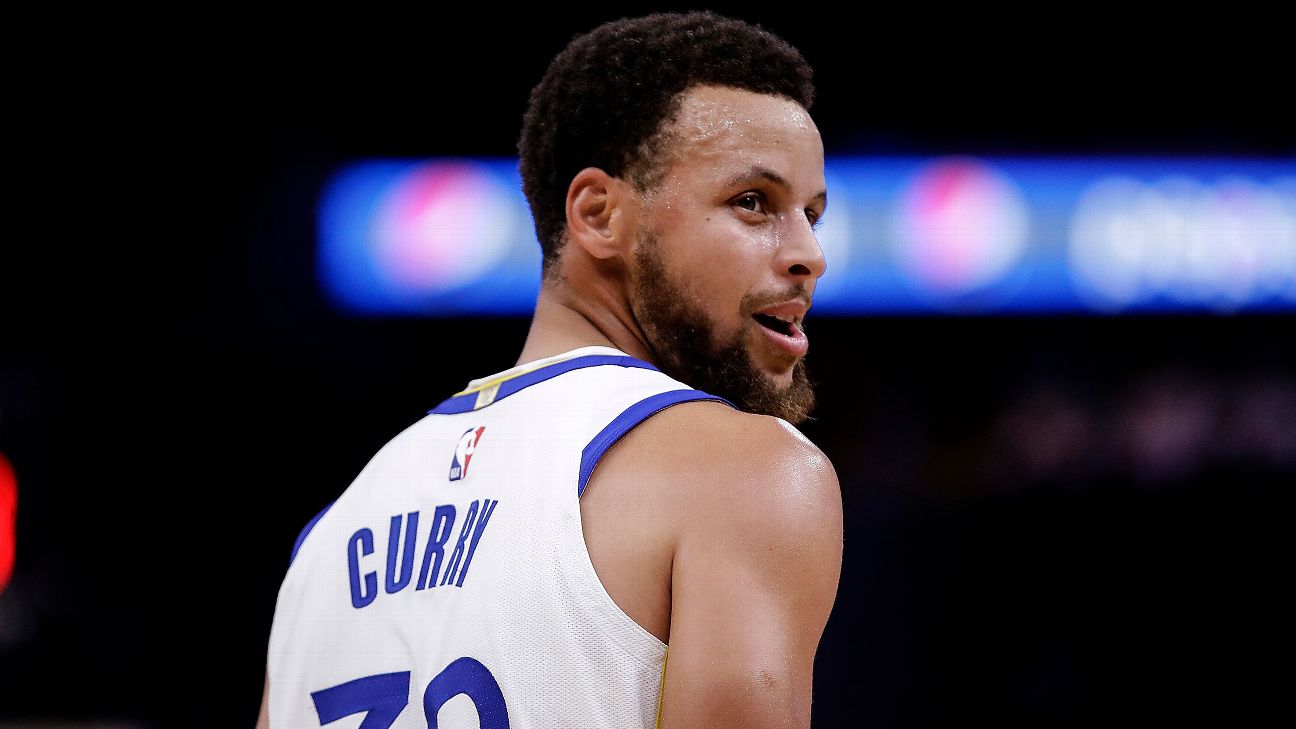 SAN FRANCISCO -- Golden State Warriors star guard Stephen Curry interviewed Dr. Anthony Fauci, director of the National Institute of Allergy and Infectious Diseases, about the coronavirus pandemic and the possibility of being able to hold large gatherings, including sporting events, in the future. The question-and-answer session lasted almost 30 minutes and averaged close to 50,000 viewers, including former President Barack Obama, on Instagram Live.

"My question is what needs to happen in terms of the numbers or what metric are you looking at to be able to then determine at mass large gatherings, sporting events, those type of things, are OK to revisit as not a threat to continue the spread of the virus?" Curry asked.

Fauci, sitting in an office with a small basketball hoop placed above him on the wall, was ready with a response.

"That's a great question, Steph," Fauci said. "And that's what we deal with on a daily basis when we sit down in the Situation Room in the White House every day to go over that. What you need is you need to see the trajectory of the curve start to come down. We've seen that in China, they went up and down, they're starting to get back to some normal life. They got to be careful they don't reintroduce the virus into China, but they're on the other end of the curve. Korea is doing that, they're starting to come back down. Europe, particularly Italy, is in a terrible situation, they're still going way up. The United States is a big country, we have so many different regions.

"New York City right now is having a terrible time and yet there are places in the country that are doing really quite well. You could probably identify people, contact-trace and get them out of circulation, whereas in New York City, it's doing what's called mitigation, trying to prevent as best you can, the spread. So a direct answer to your question, we can start thinking about getting back to some degree of normality when the country as a whole has turned that corner and start coming down. Then you can pinpoint cases much more easily than getting overwhelmed by cases, which is what's going on in New York City."

Curry noted his own recent illness in a discussion regarding the testing issues that many continue to deal with across the country. Curry acknowledged for the first time that he received a COVID-19 test after being previously tested for the flu. Curry is the first known Warrior to have taken the test. Warriors officials had previously stated that no player had taken the test because no player had shown signs of the virus.

"I myself, I had flu-like symptoms, two days before the NBA shutdown, and I got a test pretty much right away," Curry said. "And I know there's a conversation now about the overall accessibility of tests and how those are starting to roll out in different parts of the country."

Curry acknowledged that one of the reasons he wanted to have this forum with Fauci was to try to give information to younger people about what's happening with the virus. Fauci noted in his commentary that medical officials in the U.S. are seeing the virus attack more younger patients than in other parts of the world.

"What we're starting to see is people who are younger, young, healthy, vigorous, who don't have any underlying conditions, who are getting seriously ill," Fauci said. "It's still a very, very small minority, but it doesn't mean that young people like yourself should say, 'I'm completely exempt from any risk of getting seriously ill.' And that's the reason why when we talk about being careful of physical distancing, doing the kind of social separation, it means not only for the elderly, but the young people have to do it too, for two reasons. One, you need to protect yourself because you're not completely exempt from serious illness. But two, you can become the vector, or the carrier of infection where you get infected, you feel well, and then you inadvertently and innocently pass it onto your grandfather or your grandmother or your uncle who's on chemotherapy for cancer. That's what we got to be careful."

Both Curry and Fauci wanted to make it clear that government officials, both on a local and national scale, were not overreacting to the virus.

"We need to make that point," Fauci said. "This is serious business. We are not overreacting."

Curry said he hoped people could go back to the conversation "and get all that pertinent information," as people all across the globe continue to search for answers about the virus. The conversation started a few minutes late after Curry was inundated with requests after opening up the chat.

"All of y'all flooded my requests and now I can't get to Dr. Fauci's account," Curry said before logging out and logging back in to connect with Fauci.

Former Warriors teammates Andre Iguodala and Leandro Barbosa sent in comments during the Q&A, as did rapper Common and singer Justin Bieber.

"I appreciate everybody chiming in because I think this is really dope," Curry said before the chat began. "I think we all can take some of this information that we're going to hear, pass it on to our inner circles. And then have that information trickle down to everybody that you know. Because information is power and this is such a timely conversation I think in terms of what we can do."

Curry and Fauci's Q&A was set up after Curry's close friend and business partner Bryant Barr reached out to Fauci and his representatives to see if they would be interested. 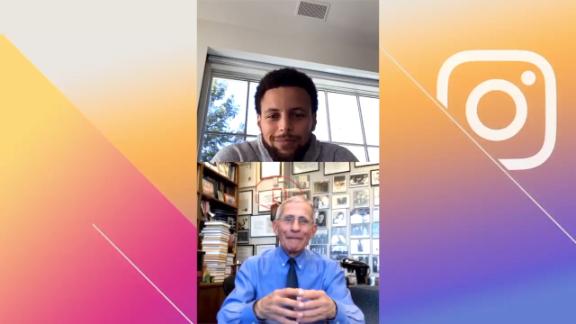