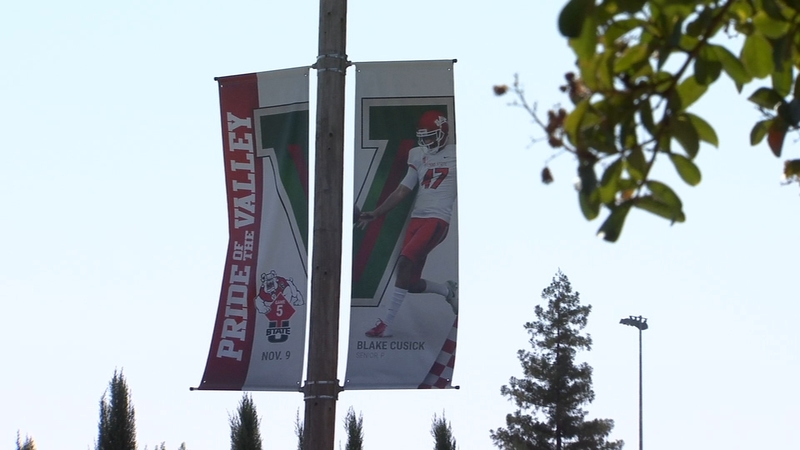 Governor Gavin Newsom signed into law the Fair Pay to Play Act Monday, meaning for the first time student-athletes will be able to make money off their names, images or likenesses.

It would also stop universities or the governing body of college sports, the NCAA, from banning players who take the money.

"I don't want to say this is checkmate, but this is a major problem for the NCAA," Newsom said on Monday.

Newsom signed the bill while appearing on NBA superstar LeBron James' HBO show "The Shop." The governor believes the signing of AB 206 will force dozens of other states to pass similar legislation. The law goes into effect in 2023.

"It's going to change college sports for the better by having now the interest finally of the athletes on par with the interests of the institutions," he said.

The NCAA has spoken out against the legislation, claiming the new law is "unconstitutional."

Meantime, former Fresno State and NFL Defensive Back Cam Worrell said the move is a victory for student-athletes everywhere.

"This is a good thing for the NCAA. They're probably going to fight it publicly, but at the end of the day enough states will jump on board, and the NCAA will be forced to, but this will be good for the landscape of college athletics," he said.

Worrell believes the NCAA will eventually have no choice but to succumb to the pressure.