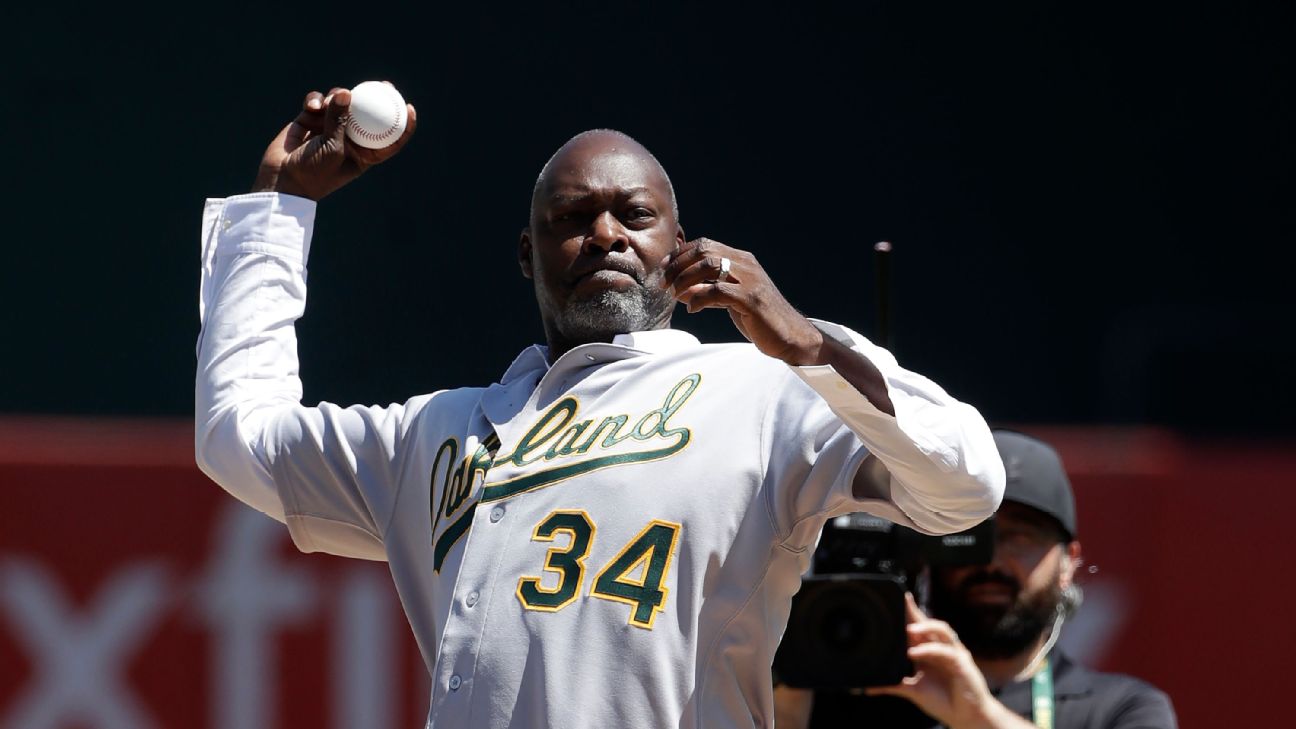 Former Oakland Athletics pitcher Dave Stewart submitted a $115 million bid to buy the city of Oakland's share of the Coliseum with plans to develop the site, he told the San Francisco Chronicle.

With both the NBA'sWarriorsand NFL'sRaidersleaving the site in recent years, the A's are the last pro team using the Coliseum. The team has undergone steps to build a new ballpark at Howard Terminal, about seven miles uptown.


The A's currently own the other half of the Coliseum.

In a Tweet on Saturday night, Stewart, who grew up in the area, said doing "right by our community" is the driving force behind the bid. He told the Chronicle he has ideas of developing the area and potentially building a new stadium there if plans for the Howard Terminal ballpark fall through.