Four-Ball: What does Jordan Spieth's victory at Colonial mean? 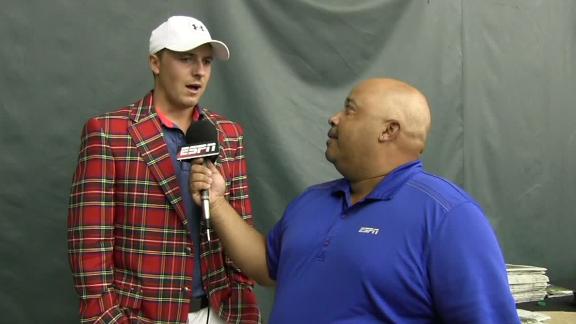 How long did it take Jordan Spieth to get over his Masters collapse? Well, at least from a competitive standpoint inside the ropes, it was all of 49 days.

So what does Spieth's first victory in his native Texas mean? Our experts examine those topics and more in this week's edition of Monday Four-Ball.

SportsCenter anchor Jonathan Coachman:He's back on track. Spieth needed to feel victory. Needed to see shot-making and make the shots. Needed to finish strong and pull off everything necessary on the back nine. Just like I said with Rory McIlroy last week, this was a win Spieth needed to remind him that he is No. 2 in the world for a reason. You could see down the stretch how much this win meant to him. I predict this will not be the last time we see this scene this summer.

ESPN.com senior golf analyst Michael Collins: His eyes are squarely set on getting back that world No. 1 ranking. It also sends a message to both Jason Day and Rory McIlroy, letting them know the Texan will again be a force they can't overlook this summer at the U.S. Open and Open Championship.

ESPN.com senior golf writer Bob Harig:He is over the Masters in all of three tournaments. Spieth himself said the victory was big for that reason simply due to all the questions he got about his final round at Augusta National.

ESPN.com senior golf editor Kevin Maguire: That everyone around him can now take a collective exhale. No one seriously thought the 22-year-old Texan would never win again after his Masters collapse, but the sooner he could get that next W, the quicker he could silence the naysayers. Does it mean he'll never lose another 54-hole lead? Of course not. But being able to get back into the winner's circle, with some seriously clutch playing down the stretch, will go a long way to how Spieth will fare for the rest of 2016.

ESPN.com senior golf writer Jason Sobel:A weight lifted off his shoulders. A newfound confidence entering an important stretch of tournaments. A feeling of self-satisfaction that he shook off the Masters defeat so quickly. If Spieth is able to win the U.S. Open next month -- and he's on a short list of very serious contenders -- we might point to this victory as a turning point.

2. With Ariya Jutanugarn's third straight victory in Michigan, no winner on the LPGA Tour in 2016 has been older than 23. Aberration or expect more of the same?

Coachman:More of the same, because Jutanugarn and Lydia Ko can win on any given week. And most players on the LPGA Tour don't skip many events, so we will have the chance to see these two and other top young players go toe to toe every week.

Collins: Expect more of the same.

Harig:Aberration. There are just too many good players, prominent players, who are older than 23.

Maguire: Expect more of the same. Don't write off everyone who was born before the early-1990s, but the LPGA Tour has been trending younger and younger in recent years, and that will continue with the likes of Jutanugarn, world No. 1 Lydia Ko, Canadian teen Brooke Henderson ... the list goes on and on.

Sobel:It's not an aberration; it's not even just a pattern. This is real life on the LPGA, where anyone old enough to rent a car is apparently too old to win. I'm not sure I have a perfect explanation for it, other than to say that the current young players aren't just talented; they're also hungry for success at an earlier point than any of their predecessors. That's a dangerous combination.

Coachman:Unfortunately, I have to put it at a 1. I thought we had to see him at the Memorial if he wanted any chance of playing at Oakmont. There is no chance he will make his return to action on that course. I understand challenging himself, but that is ridiculous. If I thought he would play in Memphis I would say maybe there is a chance, but we all know that he won't play there. So my sights are set on the Open Championship.

Collins:Minus-127! Even the biggest Tiger fan in the world wouldn't want to see the guy coming off back surgery No. 3 trying to hit out of that rough. If Tiger makes Oakmont his first start after his last surgery, it might be the worst career decision he's ever made.

Harig: 2.There is a small chance, simply because Tiger often defies conventional thinking. But if he was going to play at Oakmont, he needed to have a few rounds inside the ropes prior. Even with that, the idea of playing one of the hardest courses in the country with so little preparation has always seemed unwise.

Maguire: Can we go less than 1? No one wants to make their first start back after a long injury layoff at the U.S. Open. Plus, it's on arguably the hardest course on the planet at Oakmont. If healthy, I could see Woods returning at the Quicken Loans National the week after the U.S. Open because he has a business interest in the event. If not there, I honestly think he just might stay away until December, when he hosts his Hero World Challenge in the Bahamas.

Sobel:I'll give it an 8. I think it's very likely that Tiger will play in a U.S. Open. Wait, what's that? Oh, this year's U.S. Open? As in, next month? At Oakmont? After he hasn't played since last August? Um, no. I'd like a number smaller than zero, please.

4. Tony Finau hit a spectator this week at Colonial and then showed up at her door with flowers and chocolate. If you were a pro and hit someone, what would you do?

Coachman:First of all, good for Tony. I have always thought a golf glove wasn't enough for a welt on the side of the head. This clearly was something he felt he needed to do. And it is absolutely something that I would do. I have a saying about when I meet people in public: "Two seconds for a lifetime." And it really works. If you take the time to show you care, it will last a lifetime. And it usually doesn't take very long.

Collins: I'd either buy the fan a new set of clubs and a dozen balls or give a gift certificate to the nicest restaurant in the person's town. The set of clubs would be cool because then when hitting a crooked one, the fan could think, "Just like Mike when he hit me!"

Harig:A $100 bill. Because of course as a tour pro I'd be carrying nothing less.

Maguire: Those hundred-dollar handshakes are always nice, right? Seriously, though, this isn't the first or last time a fan gets hit by a ball. Maybe guys should start carrying around a voucher for their equipment manufacturer to give some free clubs and such. What fan wouldn't want that? Call it a marketing expense!

Sobel:Let's get this straight right off the bat: Tony Finau is a much nicer person than I am, or would ever think I could be. That's some serious class. Would I sign a glove for a spectator? Absolutely. Would I stuff it with a few hundos, like Phil Mickelson? Maybe -- you know, if there was blood. But flowers and chocolate? Finau is a saint -- if saints do indeed struggle with their driving accuracy. 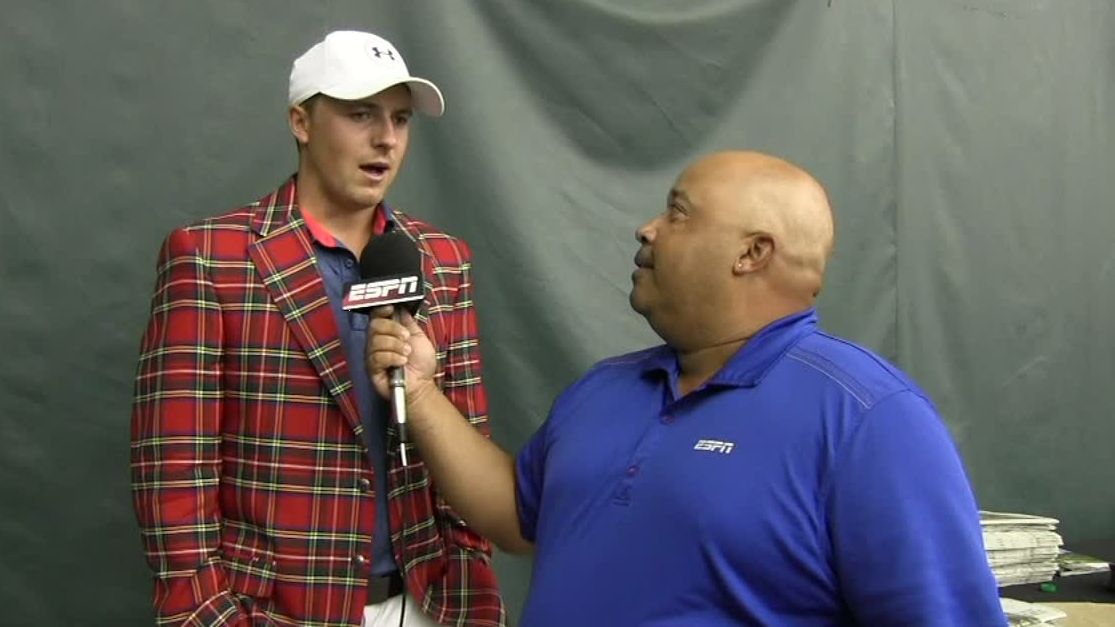 Spieth happy about win, looking forward to the Memorial
Jordan Spieth explains how he was able to pull off a win at the Dean & DeLuca Invitational and what kind of battle he expects to have at the Memorial Tournament.