Four big questions for the 2019 NFL conference title games: Can Derrick Henry keep this up?

There are four teams left in pursuit of the Lombardi Trophy -- the 49ers, Packers, Chiefs and Titans -- and three NFL games left in this season. The 2019 playoffs have answered quite a few questions so far:

But while many questions have been answered, several remain. We have one for each of the four remaining teams:

Is this finally the year for Andy Reid?

Everything sure does seem to be coming up Chiefs right now. They got a bye because Miami knocked off the Patriots in Week 17. They'll host the AFC Championship Game (Sunday, 3:05 p.m. ET, CBS) because the Titans upset the Ravens. And while they looked utterly awful Sunday in a first quarter in which they fell behind 24-0, they looked utterly unstoppable for the remaining three quarters and beat the Texans 51-31.

Patrick Mahomes is the best player remaining in these playoffs, and if a team can spot you 24 points and beat you by 20 in an NFL playoff game, that's as scary a team as we've ever seen. Once the Chiefs' offense gets rolling, it's hard to imagine any team stopping it.

If Steve Spagnuolo's run defense -- which was the seventh worst in the league this year but the fifth best over the final six weeks of the regular season -- can find a way to slow down Derrick Henry, Reid should find himself in his second Super Bowl with a strong chance to win his first.

The Titans' decision to sit a banged-up Henry for a Week 16 game against the Saints that didn't mean anything to their playoff chances looks stunningly good in retrospect. Since that game, Henry has become the first player in NFL history to rush for 180 or more yards in three straight games, and Tennessee has beaten the Texans, Patriots and Ravens in what amounted to elimination games. (Technically, Week 17 didn't turn out to be a must-win game for the Titans because other teams lost, but that was their outlook entering the finale.)

Quarterback Ryan Tannehill is playing well, but little has been asked of him so far this postseason. For the Titans, it's about Henry, the most unstoppable physical force in the game right now. If the Chiefs slip up in the first quarter the way they did Sunday, Henry and the Titans will be far better suited to put them away than the Texans were.

Can Jimmy Garoppolo win the 49ers a playoff game if they need him to?

Garoppolo wasn't very good in his first career playoff start -- a 27-10 victory over the Vikings -- but he didn't have to be. The story of Saturday's game was a dominant defensive effort by the legion of first-round picks in the San Francisco front. It's not unfair to expect the Niners' defense to continue to play at a high level, but if there comes a time when they need to outscore, say, the Packers or the Chiefs in a shootout, Garoppolo remains untested on this particular stage.

The data point on his résumé that tells us he can do this is his four-touchdown effort in Week 14's 48-46 victory over Drew Brees and the Saints in New Orleans. But while that game had a playoff feel, we've learned time and again that the actual playoffs are a different animal. There's no particular reason to doubt Garoppolo's ability to win a playoff game if the 49ers need him to win one, other than the fact that he hasn't done it yet. But he was definitely shaky Saturday, and Niners fans hope he was just working out some first-playoff-game jitters.

Can the Packers solve the 49ers' defense on their second try?

Longtime Kyle Shanahan assistant Matt LaFleur leads his Packers into San Francisco (Sunday, 6:40 p.m. ET, Fox), where they got absolutely crushed37-8in Week 12. Green Bay was 9-for-13 on third-down conversions in Sunday's divisional-round victory over Seattle-- a stark contrast to its 1-for-15 performance on third down in their first meeting with Shanahan's 49ers. The Packers' offense averaged 2.8 yards per play against the Niners. Aaron Rodgers had 104 passing yards. Aaron Jones had 38 rushing yards. The 49ers' defense had five sacks, and it is coming off a divisional-round victory in which it had six.

If the Packers want to get to the Super Bowl in LaFleur's first season, it will come down to how much his offense learned from the first meeting and whether it can help them stay in the game this time around. 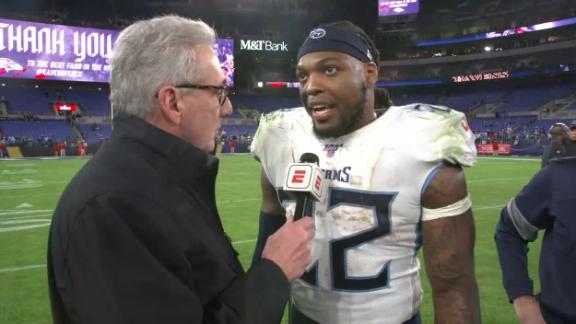 Henry: Titans believe in each other
Derrick Henry tells Sal Paolantonio that the Titans are locked in and their belief in each other has been key to winning twice so far in the postseason. 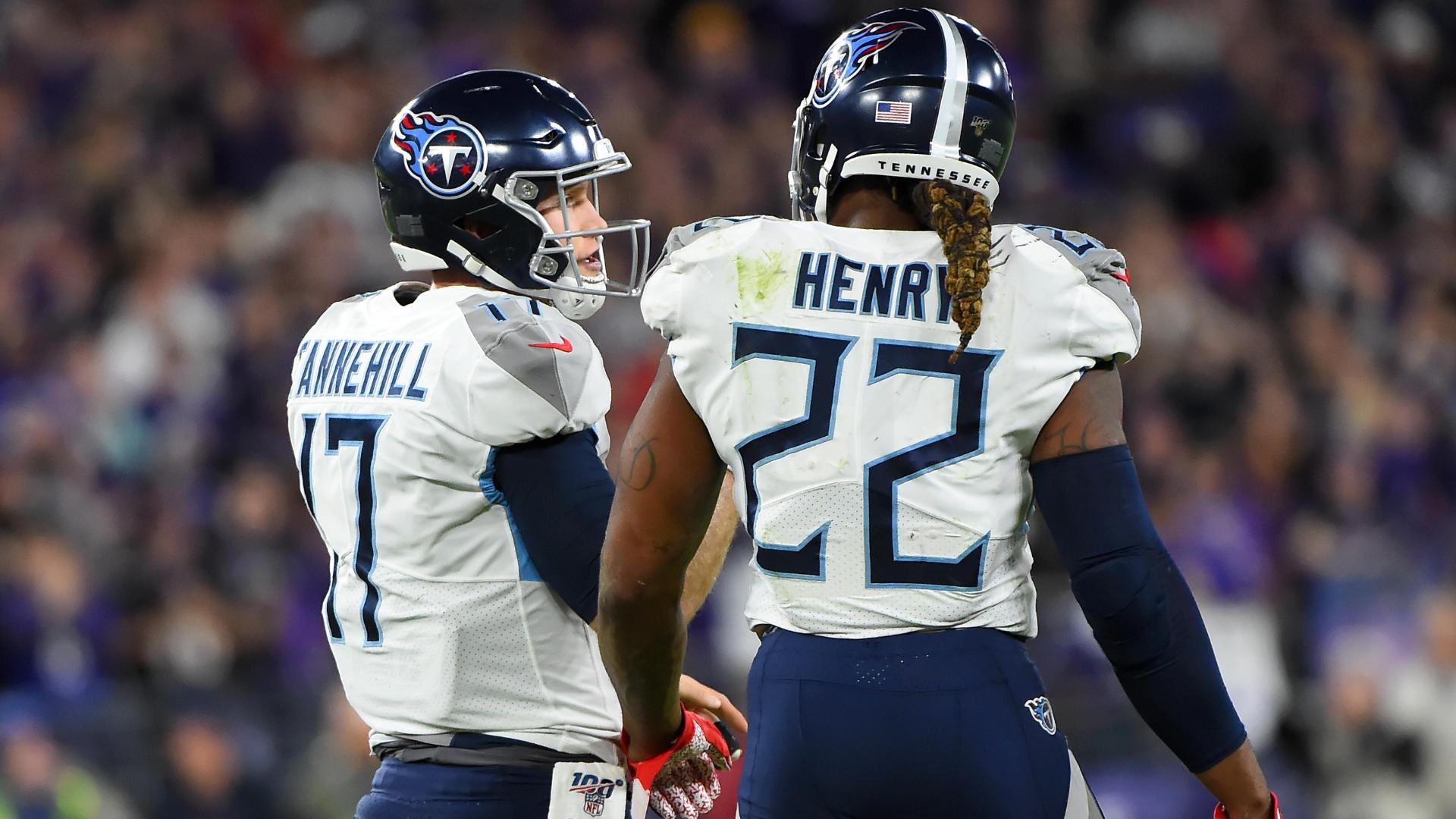 Henry and Tannehill lead Titans to AFC Championship
Derrick Henry runs for 195 yards and throws a touchdown while Ryan Tannehill accounts for three scores in the Titans' 28-12 win vs. the Ravens. 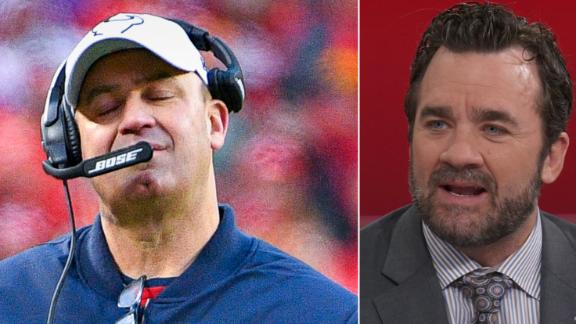 Saturday: O'Brien's hesitation cost the Texans
Jeff Saturday thinks Bill O'Brien should have gone for it on 4th-and-1 instead of electing to kick a field goal when the Texans had a 21-0 lead. 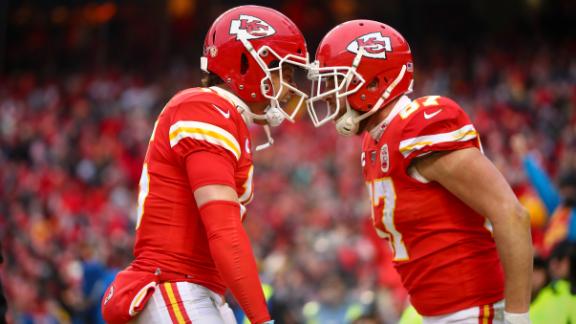