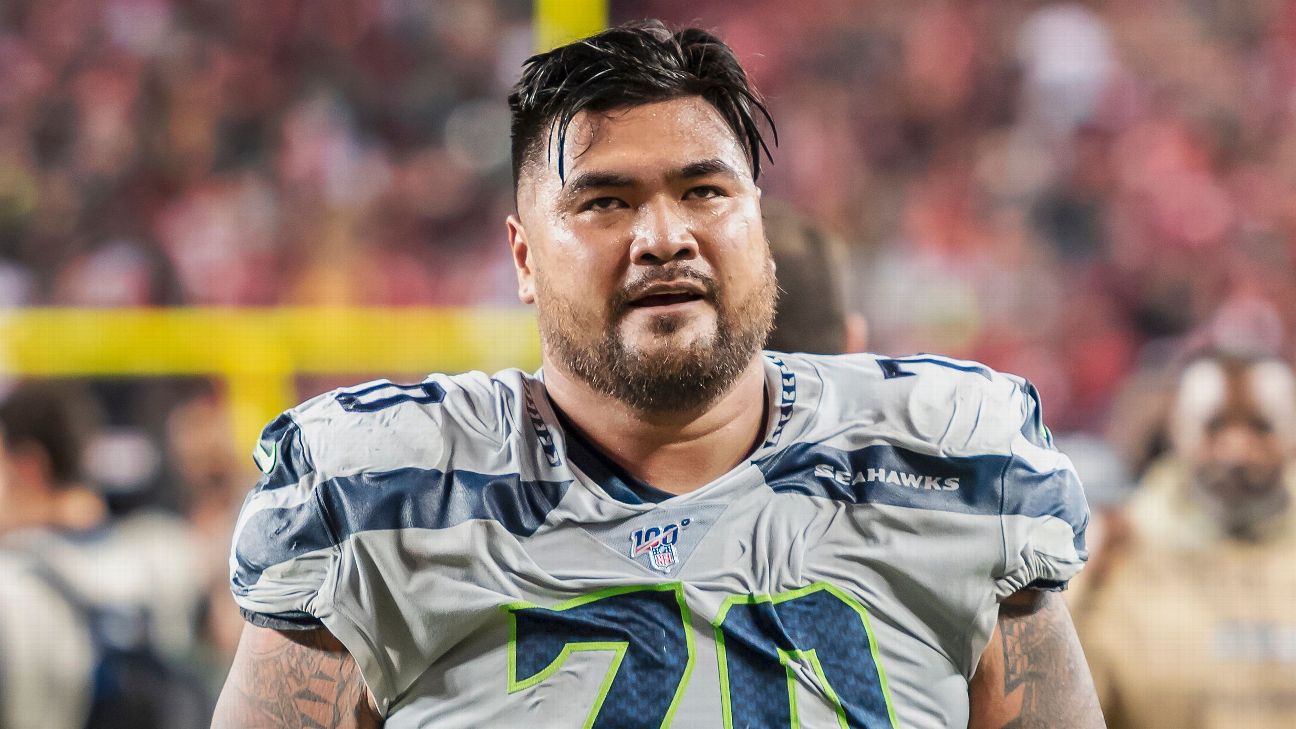 SEATTLE -- Four-time Pro Bowl guard Mike Iupati, who spent the past two years with the Seattle Seahawks, is retiring after 11 seasons in the NFL.

Iupati announced his decision in an interview with Spokane newspaperThe Spokesman-Review, saying, "My body was telling me it was time to close the door."


The 33-year-old was a first-team All-Pro in 2012 with the San Francisco 49ers, who drafted him 17th overall out of Idaho in 2010. He made three Pro Bowls in five seasons with the 49ers and one in four seasons with the Arizona Cardinals. He then played on consecutive one-year deals with the Seahawks, starting 25 games.

Iupati missed six games in 2020 while dealing with injuries to his knee, back and neck. Seahawks coach Pete Carroll referred to Iupati's late-season neck injury as a stinger and said it was something he had dealt with earlier in his career. According to The Spokesman-Review, "a chronic neck condition convinced him he needed to give the game up."

"I know I'm going to miss it," Iupati told the newspaper about playing football. "But I'm kind of excited. I've got four boys and I'm taking care of them every day."


Iupati told the newspaper his goal was to play 10 NFL seasons. Spotrac.com lists him with more than $50.75 million in on-field earnings over his career.