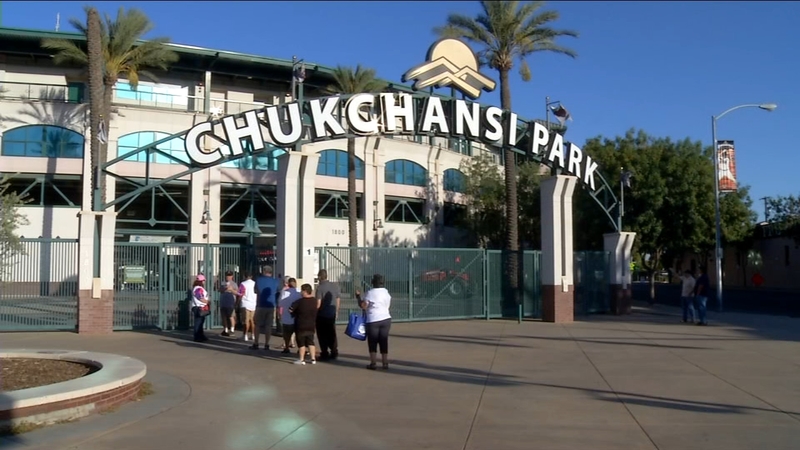 FRESNO, Calif. (KFSN) -- Championship baseball is back in downtown Fresno.

Fans filled Chukchansi Park for one of the last two home games of the year or what some are calling a bonus Taco Tuesday,

"He was lining the tacos up he asked how many I wanted I said give me four," said fan Virginia Reesar-Veloz.

She already stalked up on her postseason gear. She has been to more than half the home games this season and is eager to see the Grizzlies' bring home a championship.

"We love the Grizzlies. I love the baseball," said Scholle.

More than 7,000 fans came for the deciding game five Sunday, so the final two home games are expected to draw bigger crowds

"It tapers off a little towards the end of the year, as school starts and football starts and things like that but the response to the playoffs has been great," said Media Relations Paul Braverman.

With a slightly shortened season, The Grizzlies winning percentage this year is the best in franchise history.

It is not just winning baseball and promotions filling the seats.

Under the new ownership, the team is finding more ways to draw in crowds. The new hospitality area is expected to be up and running by next season.

"The 2015 team was also 25 games over 500 so hopefully history will repeat itself there," said Braverman.

The Grizzlies are giving back to more than just the fans. Their signature Taco jerseys were auctioned off with proceeds benefiting former taco truck throwdown winners, El Mexicano. Their taco truck overturned, last week in a serious accident on Highway 99.

"It was a great tie-in that we have this one extra Tuesday to help them out with the jersey auction," said Braverman.

Postseason baseball means businesses in the area are still winning.