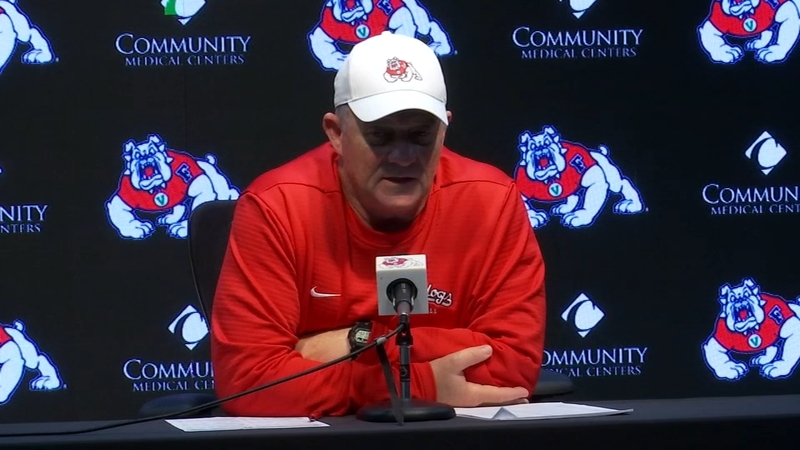 FRESNO, Calif. (KFSN) -- For the second straight week, a Fresno State game was decided on a last-second field goal.

The one against Utah State did not go the way of the Bulldogs. But, even with three conference losses, Fresno State can still make their long-term goals.

Head Coach Jeff Tedford said that their loss to Utah State wasn't discouraging but disappointing. Fresno State will look to bounce back this weekend at San Diego State and defend the Oil Can Trophy.

"There's enough motivation to play, that's just one more thing. You take pride in wanting to keep that," Tedford said in a press conference on Monday.

"There's still a lot of football left at this time of the year, and you're in a place where you can execute, you're fortunate enough to be successful.. there's a lot riding on each week," Tedford said.

Quarterback Jorge Reyna played one of his best games of the season against the Aggies, completing 16 of his 20 passes. Their ground game has also improved with senior linebacker Ronnie Rivers leading the conference in rushing touchdowns with 13.

"I thought Jorge did a really nice job with manufacturing things with his legs and making some big key throws. I thought Ronnie rain really hard we're going to need the same thing this week," Tedford said.

San Diego State is coming off a rare loss to Nevada. The Aztecs defense leads the conference and only allows 14.5 points per game.