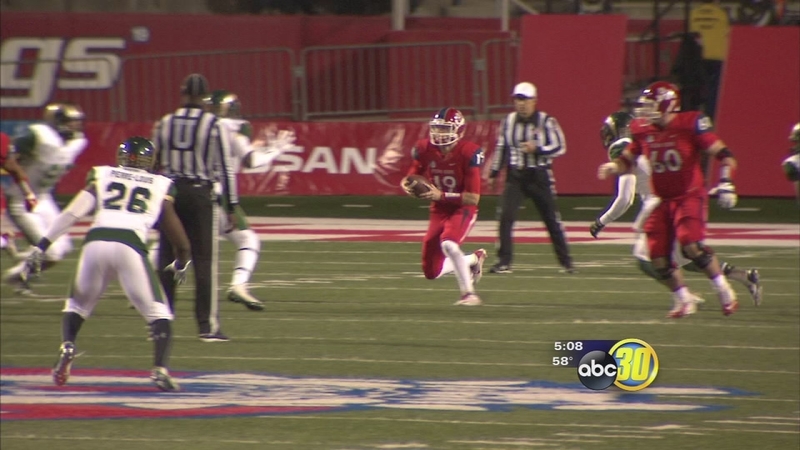 The athletic department has been busy these past few weeks securing private donations from supporters to help make up for low ticket sales,
Fresno State hoped the Bulldog basketball team can build on its hot 6-2 start.

It's important the school's biggest money-making sports bring in fans to help fund the rest of the athletic department. Athletic Director Jim Bartko said, "Basketball is critical for our revenue but not nearly enough as football but both those sports have to do well for us."

The football team averaged just over 29,000 fans at home this season. 12,000 below capacity. Bartko said the program missed its projections. "We ended up about $700,00 short. We budgeted about $4.2 million. This year with football ticket sales being down a bit and individual sales down we're going to look at donations to help bridge the gap."

The fan shortage was also felt by local retailers. Misty Bassham at the Bulldog Fan Zone noticed outside of the loyal "Red Wave," not as many people were coming in to pick up the latest T-shirts and hats. Bassham explained, "We did. Unfortunately some fair weather fans. When Fresno State doesn't do as well they don't shop as much. They don't represent their team as well so hopefully that changes with basketball."

She was confident Rodney Terry's basketball squad will re-energize the fan base.
As for plans to renovate Bulldog Stadium, Bartko said despite struggles in recent years donors remained excited about the $80 million dollar facelift. "This is not about one or two seasons. This is about the next 30 years. This project has to happen."