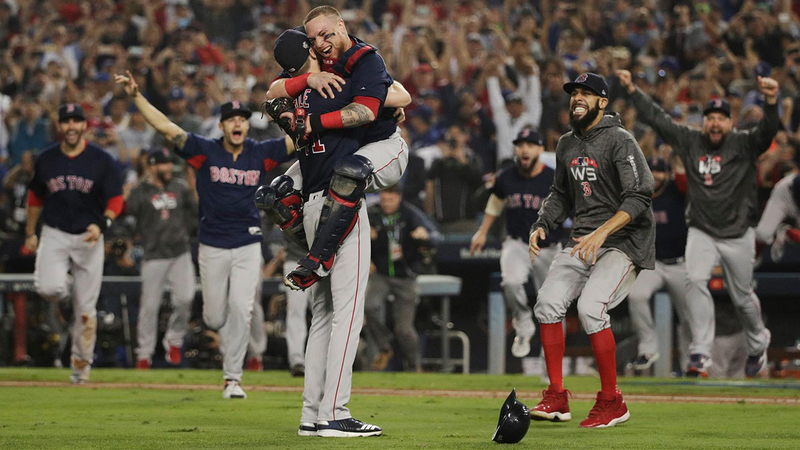 FRESNO, Calif. (KFSN) -- Not far from where he was born and raised, Fresno native Tom Goodwin became a World Series Champion Sunday Night at Dodger Stadium in Los Angeles.

The former Central High and Fresno State star is the first base coach for the Boston Red Sox, which beat the Dodgers in Game 5 of the World Series to win the title.

"Growing up in Fresno, never really rooting for the Dodgers, but being drafted by the Dodgers and being able to come back here and win a little something (the World Series) is very special," Goodwin said after the game.

Goodwin played in the Major Leagues for 14 seasons and just completed his first season on the Boston Red Sox Coaching staff.