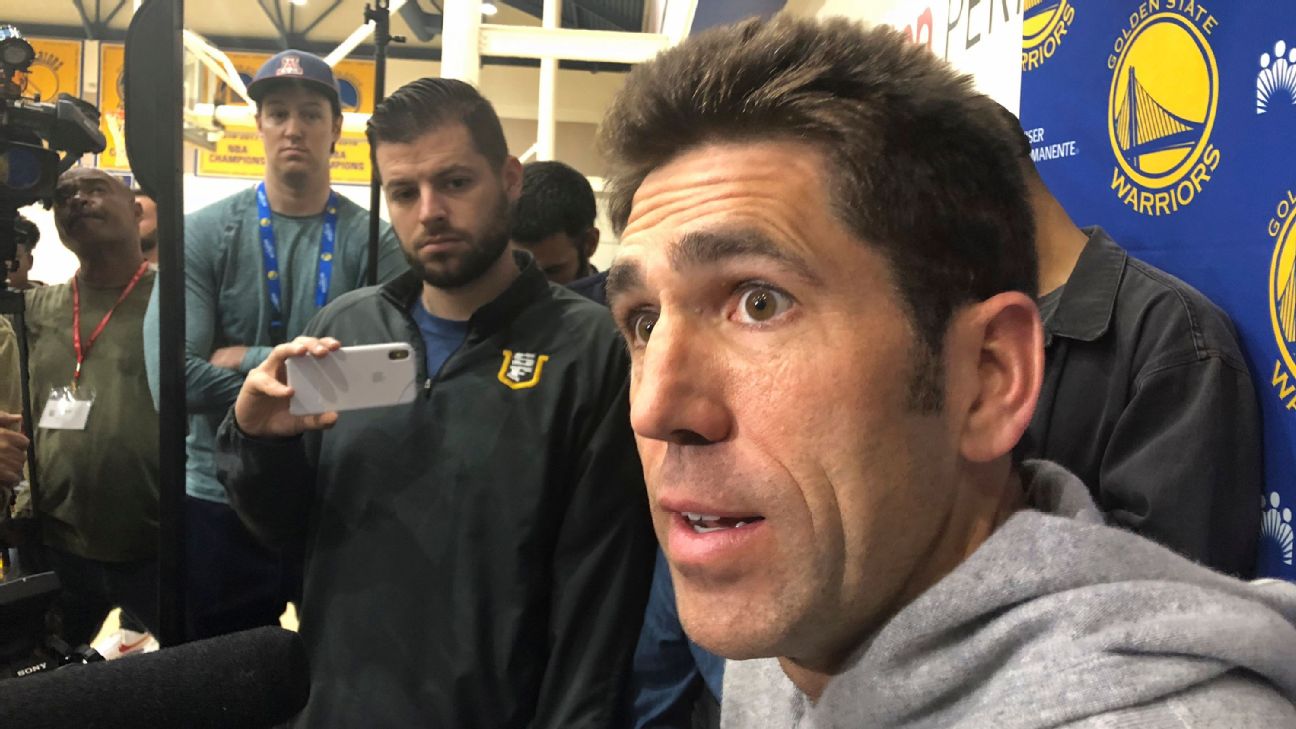 "We value those guys at the highest level," Myers said Friday. "I wouldn't be a very good GM if I didn't understand how valuable they are to our own team. It sometimes gets lost. But I think when Kevin plays in the NBA Finals, we've gone 9-1. So I don't know what else matters. And Klay -- they're both fantastic. Those are guys that you do everything you can to keep within your organization."

The topic of Thompson's and Durant's pending free agency has hovered over everything the Warriors have done this season, but it took on even more significance this week after Durant suffered a ruptured Achilles tendon in Game 5 of the Finals and Thompson suffered a torn left ACL in Game 6. The Warriors lost that game and the series to the Toronto Raptors.

Myers said the injuries would not affect Golden State's pursuit of either player.

"All I'll say is that those guys are highly important to us," Myers said, "and deserving of being rewarded in the right manner. ... It's hard to find high-quality people, and both of them are that. And so you just -- try to keep those guys within these walls the best you can."

Durant has a player option for next season that he has been expected to opt out of, at least before his injury. Thompson will be an unrestricted free agent. The widespread belief within the Warriors organization all year has been that Thompson would re-sign this summer. Durant's status remains more of a mystery.

It is against league policy for the Warriors to publicly say they would offer both Thompson and Durant maximum extensions, but that has been the belief internally -- and throughout the league -- all along. If Thompson and Durant want to stay with the Warriors long term, the money will be there for them to do so, even in the wake of both players suffering serious injuries.

"The injury throws everything for a loop," Warriors coach Steve Kerr said of Durant's situation. "So I have no idea what Kevin's going to do. I know that we all want him back. We think this is a great situation for him and vice versa. So hopefully we get him back and keep this thing going with the understanding that he's a free agent and we want what's best for him and he's free to make any choice he wants.

"So hopefully he's back, and we will all give him any advice, any counsel, he needs. And ultimately he's going to make his own decision."

In the midst of discussing all the ups and downs the Warriors have endured over the past few weeks, Kerr acknowledged that the injuries suffered by Durant and Thompson exceeded his worst fears as a coach.

"By far," Kerr said. "And if you had asked me four days ago, five days ago, I would've said, 'No, not really.' Because everything that happened up until five days ago was just basketball and people and bumps in the road. But you talk about two career-altering injuries to two of your best players in back-to-back Finals games -- unheard of; it'll probably never happen again. And so we're in new territory now. And you just have to keep moving forward."

Part of that process regarding moving forward is deciding what will happen with center DeMarcus Cousins. The Warriors big man came back from his own Achilles injury in January after missing almost a year and came back for the Finals after suffering a torn quad on April 15. Kerr left open the possibility that Cousins could return if he doesn't get a bigger offer elsewhere.

"I think there's a chance," Kerr said. "I would say the hope is frankly that he can do a lot better financially than what we could offer him. But who knows? Every year is different. There are a lot more teams with cap room this summer than last summer. This summer's going to be a wild free-agent market, and we have to figure out our own situation, particularly with Klay and Kevin and how all that shakes out. But I could absolutely foresee a place for DeMarcus here if he wanted to come back. It's just a question of what are his goals? What's out there for him?"

In the short term, the Warriors are just hopeful that Thompson and Durant can start their recovery process and that both will decide to re-sign with the team. Myers, like many around the organization, was struck by Thompson's ability to compartmentalize his knee injury and hobble back onto the floor to shoot the free throws after suffering the ACL tear in the third quarter of Game 6.

"I'll never forget him walking out, shooting those free throws," Myers said. "Just as a fan; I don't get to be a fan that much." 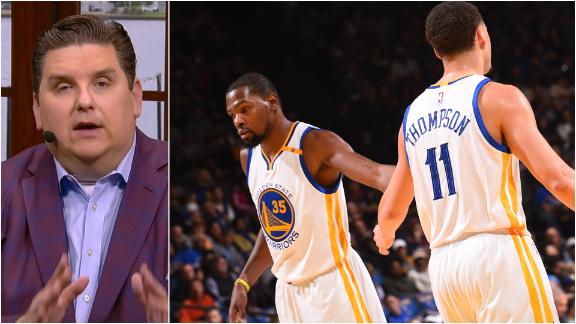 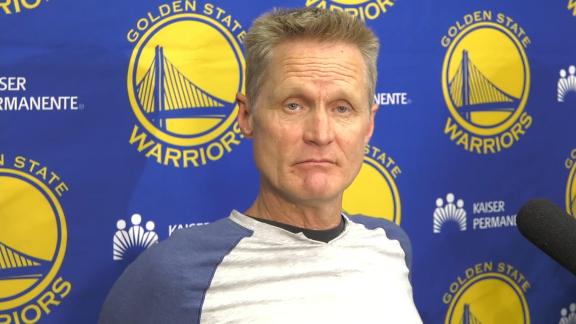 Kerr: We want KD back, but I don't know what he'll do
Steve Kerr says the Warriors are obviously interested in bringing Kevin Durant back but isn't sure what the star forward will do.
Report a correction or typo
Related topics:
sportsespnklay thompsongolden state warriorsnba free agencykevin durantnba
Copyright © 2020 ESPN Internet Ventures. All rights reserved.
More Videos
From CNN Newsource affiliates
TOP STORIES