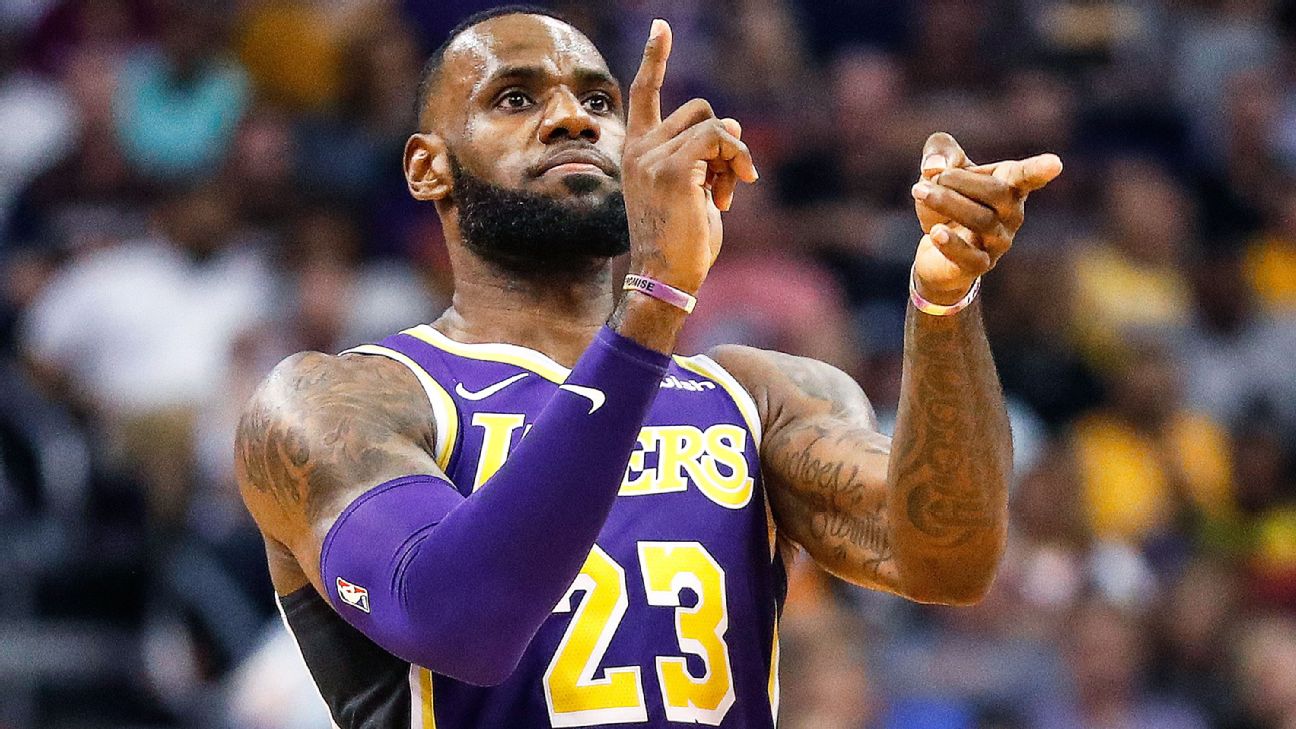 ESPN
By Brian Windhorst
IT'S COMING TO a time on the calendar when teams will have to decide which it will be: buy, sell or stand pat.

It's now trade season in the NBA -- the start moved up when the trade deadline moved to the first week of February last season. With nearly every player in the league eligible to be dealt, it's a time when the worst deals, bad fits and those signed just to be trade assets fall under the magnifying glass.

But instead of focusing on the summer of 2018 deals that aren't working out, let's look at contracts that are. OK, we'll look at some of the bad deals and concerning deals further down too.

Kind of a no-brainer. He's on pace to have his most prolific scoring season in nine years. His shooting stats are slightly down as compared to last season, and his assists are down too, though the standard is high because 2017-18 was one of the finest seasons of James' career. His impact on winning for the Lakers is profound and sublime at the same time.

It's always good when your max player is playing like one. George is averaging career highs in points, rebounds, assists, steals and PER, all while averaging his fewest minutes since his second season. He also is a major contributor to one of the league's best defenses.

Did you see he got the biggest pay raise in league history, going from $1.4 million to $25.4 million? He is one of the rarest commodities: a playmaking big man who at times is too unselfish for his own good. He is No. 1 among all centers in real plus-minus and has been, believe it or not, for three years running.

This has been an excellent signing for the midlevel exception for New Orleans, adding an impact player who is flourishing while playing with Anthony Davis. Unfortunately for the Pelicans, Randle has been rough on defense and can opt out of his contract next summer.

He is shooting 45 percent from 3-point range and rebounding well. He probably will never be a good defender, but this is looking like a tremendous value signing for Sacramento, which signed him for three years and $20 million. Not to mention that the Kings stole him from the 76ers when he backed out of a deal with Philly to get more years and money in Sacramento.

Three years ago, he was injured and out of the league with difficult prospects. Now he is averaging 13 points, shooting 47 percent from 3 and on a two-year, $16 million deal.

He had an under-the-radar strong season as a high-energy reserve last season -- so under the radar that the Clippers were able to keep him on a two-year, $12 million deal. And he has been one of the league's best bench players thus far.

Lopez is stretching the floor beautifully for one of the league's best offenses at just $3.4 million this season.

Rose never shot better than 33 percent from 3-point range in his career -- but now he is shooting 47 percent. On a minimum deal, he is having his best season since his first knee injury.

Green is having the best shooting season of his career and making the minimum.

Thin because of injury, the Warriors have relied heavily on Jerebko, and he has filled a number of roles. He also is on a minimum salary.

Other than the nice storyline of him returning home, this one seemed like a big risk right from the start. Parker is a weak defender and his offense just hasn't been good enough to make up for it. He's having the worst shooting season of his career. He lost his starting job, then his backup up job, and now he is on the trade block. And they paid him $20 million this season.

Signing him at all was a calculated risk. The Wizards talked themselves into it after seeing some flourishes last season in Charlotte. Why they gave Howard $5.3 million in a limited market was questionable; giving him a player option for next season at $5.6 million was unbelievable. After surgery, his future in the league is in doubt.

It was just a minimum, but Houston realized very quickly this was a bad idea. His defense in the playoffs last season was like an anchor for the Thunder. His shooting percentage has dwindled to the point where his value is below replacement-player level. Hence, the Rockets replaced him within weeks.


Bradley got hurt last season and looked like someone trying to play through an injury. He had surgery and the Clippers bet on a strong recovery, giving him $12 million this season, with a team option for next season with $2 million guaranteed. He has shot the ball terribly and ranks near the bottom in real plus-minus. Coach Doc Rivers has defended him and kept him in the starting lineup.

When Paul is healthy, he still is one of the best in his league at the position. But he seems to be injured often, and scouting reports detail reduced mobility. Injuries seem to have affected him all season; his scoring and shooting numbers have dropped to around career lows. Part of it could be workload: Paul, 33, is playing his highest average of minutes in four years. It's fair to wonder how his four-year, $160 million contract will look over the long haul.

The Cavs added four years and $120 million to Love's deal last summer. There were good feelings about it when it happened, but both sides were kind of using each other a bit. The Cavs were making sure they protected the asset and left open the option of trading him as soon as this season. Love, who has been injury-prone throughout his career, got a giant payday as he showed loyalty to an organization not used to it. He is hurt again, underwent a third surgery in four years and is now signed through age 34.

After the early part of Exum's career was wrecked by knee and shoulder injuries, Utah wagered that he was on the upswing when it gave him a three-year, $33 million ($27 million guaranteed) deal last summer. But his shooting, which was looking better, has cratered, and his efficiency has plummeted this season.

IT HASN'T TOTALLY been fair for No. 1 pick Deandre Ayton to have to live with comparisons to Luka Doncic in the rookie of the year race. Doncic came to the league as one of the most experienced teenagers in history, having cut his teeth in the highest level in Europe.

"It was sort of like last year's rookies with Ben Simmons," one league executive said. "He was technically a rookie, but he had a leg up on the rest of the field. Luka doesn't do anything like a rookie. Ayton has had some really good showings."

At nearly 17 points and 11 rebounds a game with a 21.5 PER, Ayton is having a fantastic rookie season, all things considered. But that production hasn't received much credit, because Ayton occasionally looked lost and lethargic at times in his first couple of months. He has had "wow" moments but also baffling moments.

He said he was "starstruck the whole game" playing against Anthony Davis and "thrown off" playing against Boban Marjanovic. These are feelings that many rookies have; it's actually refreshing to hear Ayton admit it. Phoenix coach Igor Kokoskov got frustrated a couple of weeks ago and benched Ayton for the start of each half in Portland in what seemed to be an attempt to get him to play with more energy at the start of games.

This tactic as well as teammates' motivation seem to have paid off in the short term. His activity and engagement level have risen dramatically in recent games. Ayton is on his first real hot streak, averaging 22.8 points and 15.6 rebounds over his past five games. His increased energy has shown up in how he's attacking the offensive glass, as he is averaging six offensive rebounds a game in the stretch.

THE LAKERS WAIVED center Thomas Bryant in June because they wanted to maximize their salary-cap space and Bryant had a $1.38 million non-guaranteed deal. He had played well in the G League if not in limited time in the NBA as a rookie last season. The Wizards claimed him two days later, and it has been an excellent investment. He is showing promise in D.C. in playing time that opened when Howard went down.

When Bryant came out of Indiana, there was hope he could stretch the floor, as he shot 38 percent on 3-pointers during his final season there. That hasn't come to pass yet in the pros, but he has been extremely efficient, shooting a stunning 66 percent overall. He sticks close to the rim; about a third of his shots have been dunks. Last week, he became the first player since Gary Payton in 1995 to go 14-of-14 shooting in a game, a triple-overtime win against the Suns.

Bryant struggles a bit on defense, as many young players do, but he's showing he has a future in the league. He'll be a restricted free agent next summer. 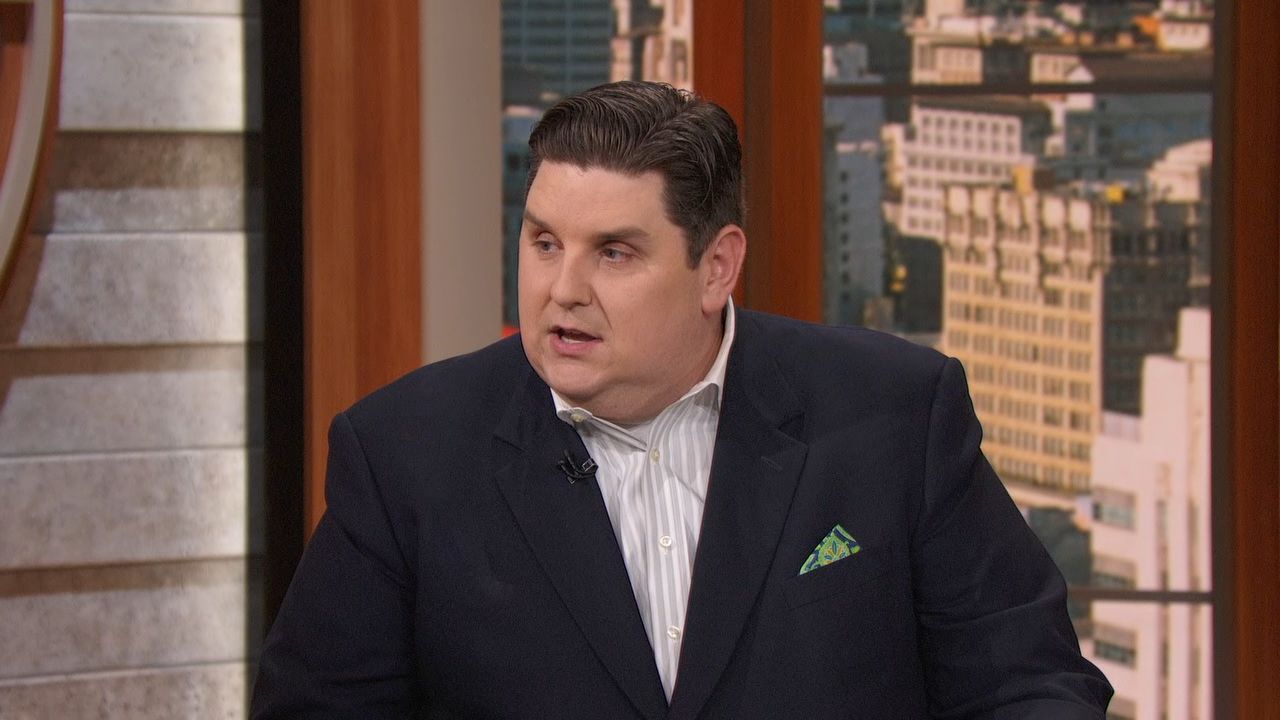