KFSN
By Stephen Hicks
FRESNO, Calif. (KFSN) -- The Central Valley has always been a hotbed for good quarterbacks-but this year-it's extra special.

Three quarterbacks all doing something that before this year had only been done once before.

Back in 2014, Farmersville's Sam Metcalf was the first and only Central Valley quarterback to throw for more than 10,000 yards in a career.

"You may not see that again for a while because the combinations of getting a sophomore starting with that much talent in the era we live in is pretty rare," said Anthony Gosten.

The era of the spread offense has offenses taking to the air instead of focusing on the run. All three of these teams-with plenty of playmakers to get the ball to.

"He's got some really good players just like Trent has some guys who can freaking fly at Central but if that's the case you've got what you got so you take advantage of that," said Darren Bennett.

"They got some really good receivers to throw to. So you throw a short pass or a short screen and they take it a long way for you and they get credit for all those passing yards," said Kyle Biggs.

All three of these QBs have done just that. Last year they led their teams to section titles in D1, two and three. All three teams back in the semi-finals as the number one seed in their respective divisions.

"He's just getting better every week and the thing about Trent is he doesn't care how many yards he throws for he just wants to win."

While they've joined the 10,000 club, the numbers could be even higher.

"He's really only playing halves because we're up by so much so he's not like some guys who are throwing all game because he's out. So he's missing opportunities but our team is good so we don't want to beat teams 70-0."

Memorial, Union, and Central have won every game they've played this year-Truijllo, Lamb and Tompkins have combined to throw 130 touchdowns and just 15 interceptions.

"Some of the games where we've been way ahead, he's made a decision where I'm like 'What was that?' 'Ahh you know I was bored a little bit coach, the game was over I just wanted to see if I could stick the ball in there. I know that wasn't the right decision.' So you want to get on him and he's telling you what he did and he knows what he did."

Three quarterbacks with the talent to come along at the right time who are forever etching their names in the history books.
Report a correction or typo
Related topics:
sportstularefresnofootballhigh school footballsports
Copyright © 2021 KFSN-TV. All Rights Reserved.
HIGH SCHOOL FOOTBALL 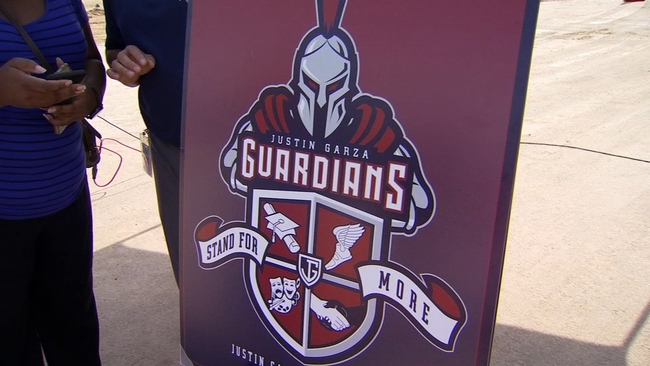