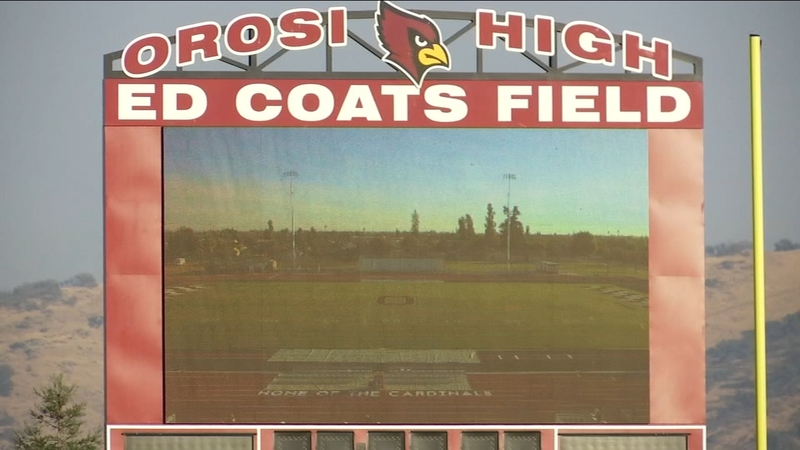 FRESNO, Calif. (KFSN) -- In small towns like Orosi, athletics are a big deal.

Two and a half years ago, the voters in the Cutler-Orosi School District approved a $16 million bond called Measure E.

"It's more important. It's more in the fabric of the community," said Orosi Football Coach Ben White. "They put this bond measure together, this is a world-class track to I mean we have the pole vault pits, the long jump pits, the shot put/discus out here. We're really lucky to have all this stuff."

"For me as an educator, the science building was very exciting. But for a community, a stadium such as this they get much more excited," said Coach White.

While it was the community who made these renovations happen for the Orosi Cardinals that concept is nothing new.

"They built this stadium by the townspeople."

50 years ago the locals brought their tractors and farm equipment and built their stadium by hand.

"Gathered up a little bit of dirt and dug a hole on the north side of the high school grounds and now I see that they took the old dirt and hauled it all back and made it all new again it doesn't look like we did anything," said Don Schroeder who helped build the original stadium.

While the original mound may be gone the names of those who helped build it all those years ago-saved and built into the grounds of the new field.