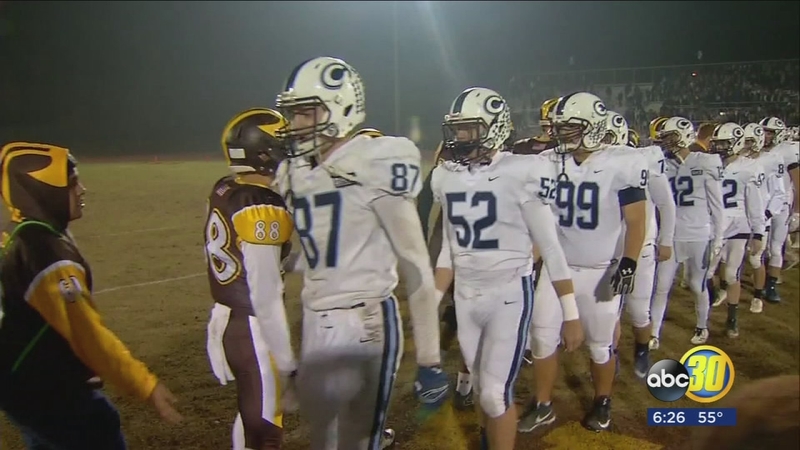 FRESNO, Calif. (KFSN) -- Golden West football's path to the state championship was paved with the pain of a defeat on the final play in last year's D-4 semifinal loss to Chowchilla.

"I don't know if that didn't happen if we would have been as resilient as we needed to be this year with all the injuries that we've gone through and everything else that's happened to us to get to where we've been," said Golden West Head Coach Paul Preheim.

"We've kept on picturing that image in our head and kept on focusing in on it and making sure it wouldn't happen again. Ever since then we've kept on being hungry for that win," said Golden West RB Gonzalo Rodriguez.

Hunger that's turned into history. The trailblazers won the school's first Valley title in football earlier this season. Saturday night will host the first state football final ever in Visalia.

What will you do if you win a State Championship?

"I don't know it's just such a crazy feeling I didn't even know what I was going to do at the Valley Championship. I was just so caught up in the moment, like even after the win I was like this is crazy we just won a valley championship, this is crazy first time in Golden West history," said Joshua Summers.

"I've never seen so much excitement as I did on Friday night. It's amazing, I had a whole bunch of people shake my hand, getting texts from all over the place. It's an amazing, amazing weekend," said Preheim.