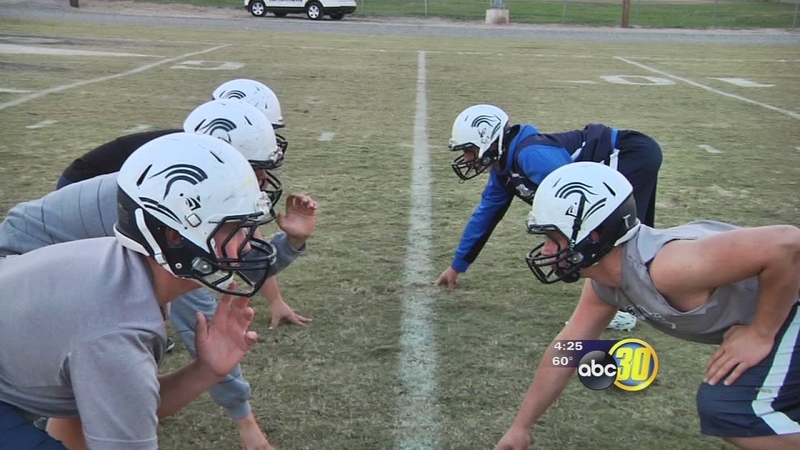 MERCED, Calif. (KFSN) -- Stone Ridge Christian team captain Austin Rees summed it up best about his football team's 69-0 victory over Big Valley Christian for the Sac-Joaquin Division VII title, "We just stopped them on defense and held them."

With the win, the Knights tallied a state record 10 consecutive shutouts, breaking a record that dated back to the late 1920's and it all started with a September loss to Ripon Christian.

"Our guys just hated that loss. They wanted to win that game badly and we didn't and it was a close game. That was when they dug their heels in and said we aren't even going to allow anybody to score on us," said Arthur De Jager.

In his 3 years as head coach Arthur De Jager and the Knights have built the program from the ground up. The team began practicing at a dairy farm in El Nido before moving to their current home field at the Castle Air Force Base in Atwater.

"It all started at the bottom, it started from scratch. The field started from scratch, it was kind of like a field of dreams to us. These guys feel so much ownership, they defend this house like it's the most precious thing in the world to them. They defend it well and they don't want anybody scoring a touchdown on this field against them," said De Jager.