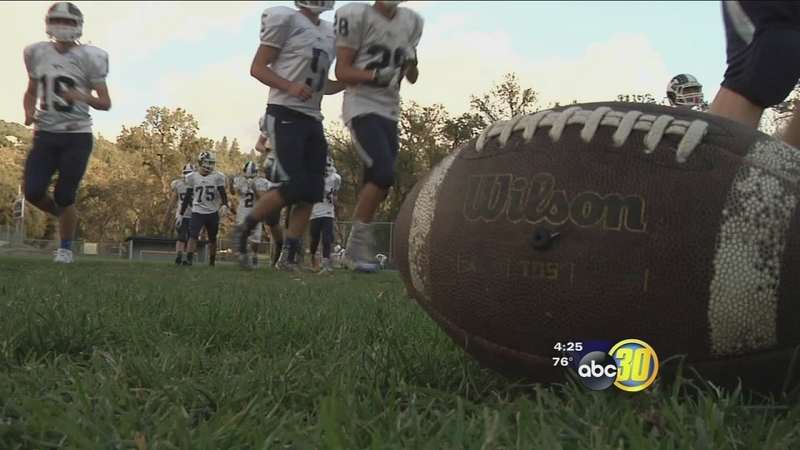 Something that's been missing several years for a Yosemite football program that was dominant through the early to mid-2000's. But due to a decline in enrollment, the Badgers have been fielding rosters in the low 20's-- affecting play on the field.

"It got to a point where coming into this season the program was 1 to 38 and I think there was a 27 to 28 game losing streak somewhere in there," said Burnett.

"We made a decision to go independent and we went out and got new games. We are able to compete against teams that are similar in size and situation and it's been a really good situation," said Burnett.

So are the results-- the Badgers are 7 to 2 this season and look primed to make a run in the D-5 playoffs. But first, an important game against Sierra High.

"For me, it's like one of the most important games because last year I really wanted to beat them because it's the tradition. We didn't really get to do that. This year we have a lot more skill and a bigger team, so I feel a lot more confident in winning that," said Kevin Bulawsky, Yosemite lineman.

"Biggest game up here. If you don't win a game all year and the other team is nine and zero you can still have a chance of beating them. It doesn't matter what the records are and it goes way back," said Tristan Eames, Yosemite quarterback.

Thirty-five years in fact-- but it's a newer tradition that has this year's squad feeling stronger than ever.

We asked how being a Yosemite Badger football player is going to help you in life.

Bulawsky answered, "It's taught me to work hard and keep going although sometimes it doesn't seem like it's going to get any better."

"Big lessons in life, you learn all those times you weren't winning that you have to stick through it. Just like in life, when you go through hard times in life you don't quit-- you keep fighting through it and at the end there should be a tunnel that leads into the promised world and that's what we got this year you could say," said Eames.
Related topics:
sportsoakhurstgood sportshigh school footballmadera county
Copyright © 2021 KFSN-TV. All Rights Reserved.
GOOD SPORTS
Good Sports: Father, son coach Fresno High baseball team
New Caruthers basketball surface is a part of NBA history
Book made to honor 70th anniversary of B'nai B'rith award
Good Sports: Atwater's Field of Dreams
TOP STORIES
Temperatures expected to approach 110° in Central CA next week
Mayor Dyer vetoes resolution to transfer control of flags
BIG Hat Days is back in Clovis!
Central CA animal shelters team up for Super Adoption Day
Driver killed in fiery crash in Merced
3 women arrested in connection with Tulare murder
21-year-old man killed in shooting in Merced
Show More
New charter school opening this fall in Fresno
Bakery in River Park celebrates grand opening
Dozens help clean up at Camp Fresno
What mom, daughter did with 80,000 penny child support payment
Fire, explosion destroys Hanford trailer
More TOP STORIES News