Grayson Allen returns as starter for Duke after 1-game suspension 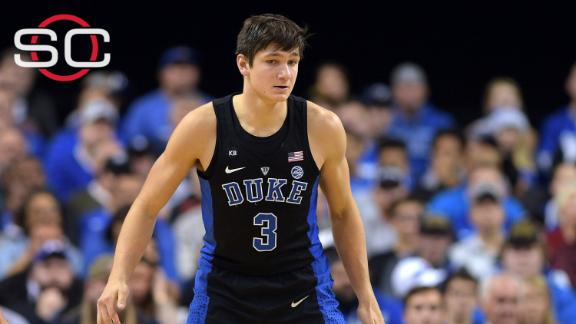 Allen was back in the starting lineup to cheers from the Cameron Indoor Stadium crowd after Krzyzewski announced Dec. 22 that Allen had been suspended indefinitely. The suspension was a cumulative punishment after Allen tripped two opponents last season against Louisvilleand Florida State.

"I talked to Coach many, many times when I came back after break. We had a lot of conversations and meetings, and I went through a lot of stuff after practice," Allen said. "He ultimately felt I was ready to come back, and I felt good coming back, so I accept all the discipline that came my way. I know it was my fault."

Allen said he didn't know he was going to play against the Yellow Jackets until he arrived for the pregame walk-through. Krzyzewski said the reinstatement process included talks with Duke athletic director Kevin White and Allen.

"You don't need to teach out in the public all the time."

Allen said he "shut everything off," including social media and sports talk on television, when he went home for winter break. During the first few days of the break, Allen said he didn't talk about the incident with his parents.

"The first couple of days, we didn't talk that much, just 'cause there was just so much going on," Allen said. "It was actually very nice just to be quiet and enjoy the company of each other. I'm very appreciative to have the parents that I do have. They're very supportive of me, while obviously making sure I know that's not the right thing to do."

Allen, who entered Wednesday night averaging 16 points per game, scored 15 in his return to the lineup. He had been hampered throughout the season by a toe injury that caused him to miss a 94-55 win over Maineand had kept him from fully participating in practices.

He appeared to be back when he dropped a career-high 34 points against UNLV, but his struggles continued against Tennessee Stateand his frustrations eventually boiled over against Elon.

"What he did was wrong. He was punished for it," Krzyzewski told Bilas. "I think it's time to move on, and I think the new role he has will be a good one for him. Hopefully he keeps getting seven assists and one turnover. I like where that might be going."

Duke went 0-1 without Allen, losing to Virginia Techon Saturday. Allen accompanied the team on the trip but did not dress.

Allen was one of three team captains, along with Matt Jones and Amile Jefferson, but was stripped of the honor due to his suspension.

Allen said he believes the key to not losing his cool in the future rests with thinking about the team more than himself. Against Georgia Tech, he said he tried not to react to missing shots or officials' calls. He said the toughest test might come from opposing players, who will try to frustrate and even bait him into acting out.

"That's how it's been for me last year and this year," Allen said. "I just need to keep being smarter and keep getting better at it."

Grayson Allen eager to move on from tripping incidents
Grayson Allen takes responsibility for his actions in tripping opponents and reveals that coach Mike Krzyzewski was the one who approved Allen's return after one game. 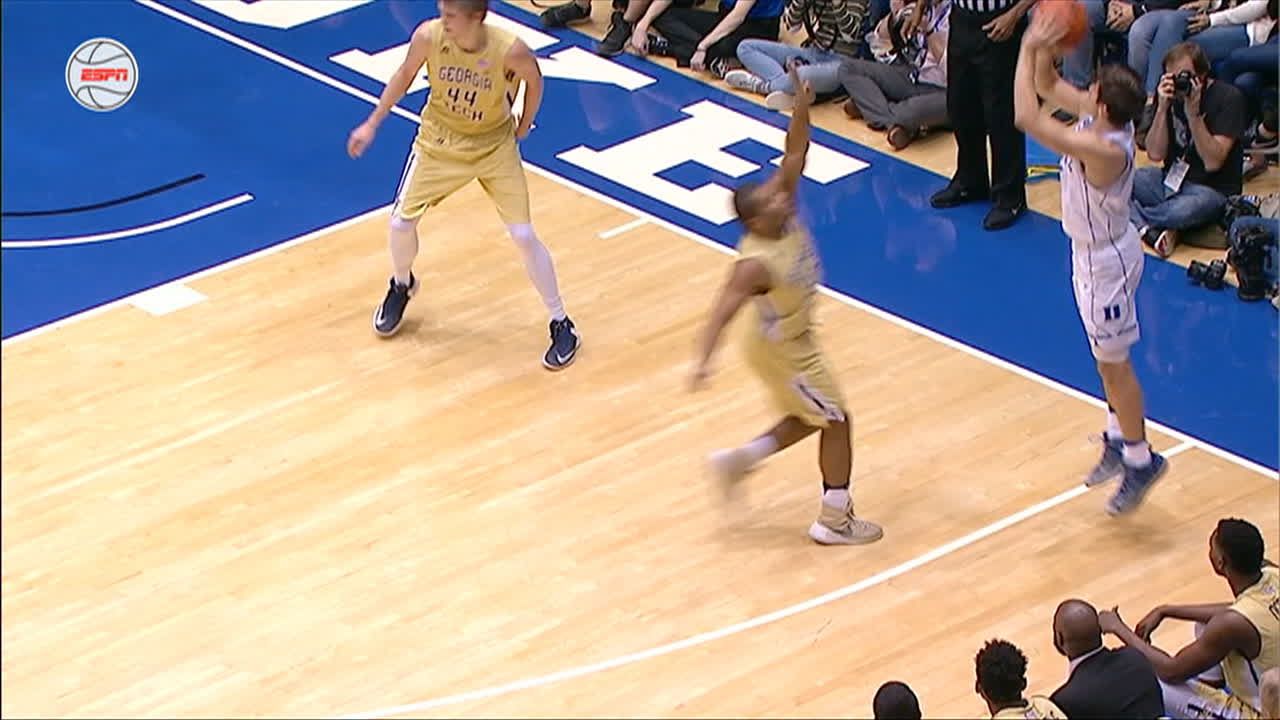