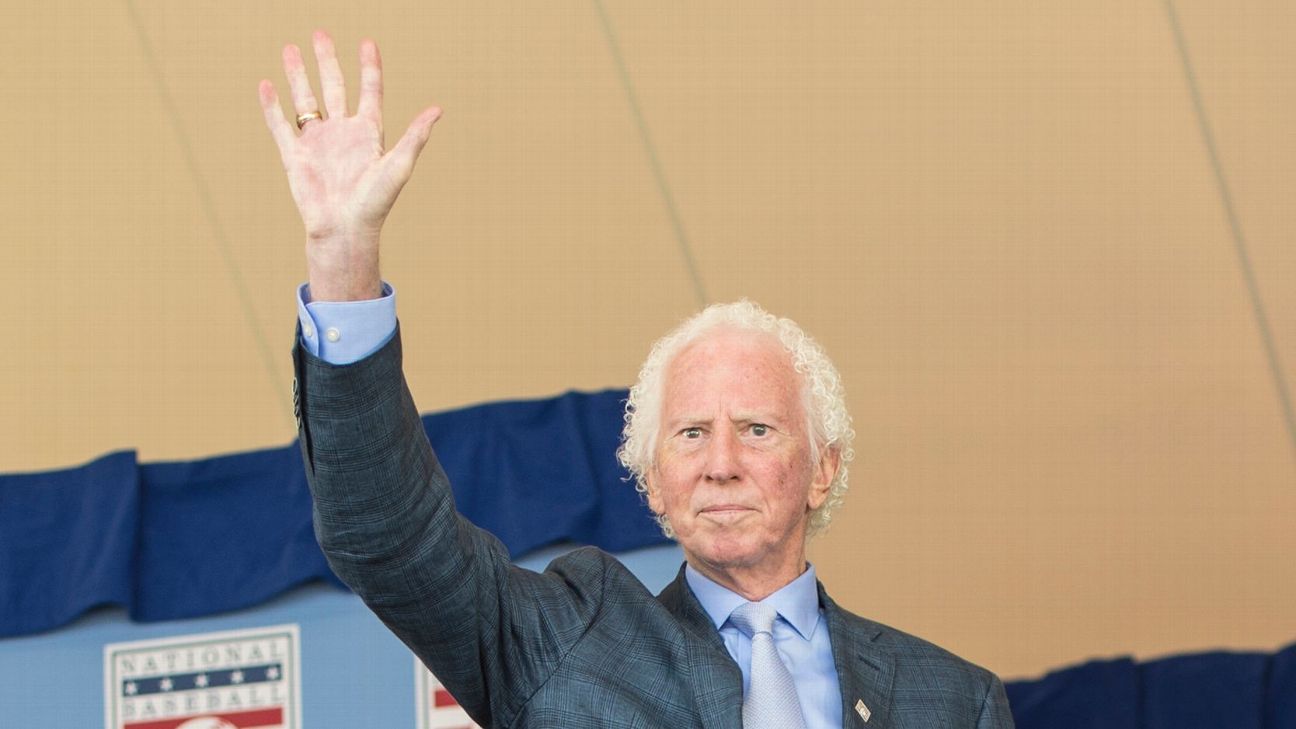 The Baseball Hall of Fame in Cooperstown, New York, said Don Sutton died of cancer at his home in Rancho Mirage, California. He was 75.


"Saddened to share that my dad passed away in his sleep last night," Daron Sutton wrote on Twitter. "He worked as hard as anyone I've ever known and he treated those he encountered with great respect...and he took me to work a lot. For all these things, I am very grateful. Rest In Peace."

"Today we lost a great ballplayer, a great broadcaster and, most importantly, a great person," Dodgers president and CEO Stan Kasten said in a statement. "Don left an indelible mark on the Dodger franchise during his 16 seasons in Los Angeles and many of his records continue to stand to this day. I was privileged to have worked with Don in both Atlanta and Washington, and will always cherish our time spent together."

He was inducted into the Baseball Hall of Fame in 1998.

"Don Sutton was one of our game's most consistent winning pitchers across his decorated 23-year career," MLB commissioner Rob Manfred said in a statement, calling Sutton "a model of durability on the mound."

"Throughout his career, Don represented our game with great class, and many will remember his excitement during his trips to Cooperstown," Manfred continued. "On behalf of Major League Baseball, I extend my deepest condolences to Don's family, friends and the many fans he earned throughout a memorable life in our National Pastime."


The durable Sutton never missed a turn in the rotation in 756 big league starts. Only Cy Young and Nolan Ryan made more starts than Sutton, who never landed on the injured list.A master of changing speeds and pitch location, Sutton recorded just one 20-win season, but he earned 10 or more wins in every season except 1983 and 1988. Of his victories, 58 were shutouts, five were one-hitters and 10 were two-hitters. The right-hander is seventh on the career strikeout list with 3,574.

He ranks third all-time in games started and seventh in innings pitched (5,282). He worked at least 200 innings in 20 of his first 21 seasons, with only the shortened 1981 season interrupting his streak.

Born Donald Howard Sutton on April 2, 1945, in Clio, Alabama, he was the son of sharecroppers. The family moved to northern Florida, where Sutton was a three-sport star in high school who showed an affinity for baseball as a youngster. He played the sport in junior college before the Dodgers signed him as a free agent in September 1964, months before the first MLB draft.

After going 23-7 during one season in the minors, Sutton won a spot in the Dodgers' rotation in 1966. He made his big league debut for the defending World Series champions on April 14, 1966, and earned his first victory four days later.

Sutton immediately found himself in a rotation with Sandy Koufax, Don Drysdale and Claude Osteen as the fourth starter. Sutton recorded 209 strikeouts that season, the highest total for a rookie since 1911. He helped the team win the National League pennant but didn't pitch in the World Series as the Dodgers were swept in four games by theBaltimore Orioles. He also led the Dodgers to NL pennants in 1974, 1977 and 1978.

Sutton left the team as a free agent in 1980 and signed with Houston. A trade in 1982 sent Sutton to Milwaukee, where he pitched the Brewers to their first American League pennant. He worked for his sixth postseason team in 1986 with the AL West champion Angels and then returned to the Dodgers in 1988, retiring before the end of a season that saw them win the World Series.

After his playing career, Sutton served as an analyst for the Atlanta Bravesfor 28 seasons, calling games on both television and radio.


"We are deeply saddened by the passing of our dear friend, Don Sutton," the Braves said in a statement. "A generation of Braves fans came to know his voice. ... Don was as feared on the mound as he was beloved in the booth. A 300-game winner who was a four-time All-Star, Don brought an unmatched knowledge of the game and his sharp wit to his calls. But despite all the success, Don never lost his generous character or humble personality."

He joined the Braves in 1989 when they were one of baseball's worst teams but had developed a national following through TBS and its trio of broadcasters: Skip Caray, Pete Van Wieren and Ernie Johnson Sr.

Sutton was part of the soundtrack for Atlanta's worst-to-first season in 1991, its dominating run of 14 straight division titles, and the 1995 World Series championship. He called Braves games on television and radio for 28 of 30 seasons, interrupted only by his move to the Washington Nationals in 2007. He returned to the Braves in 2009 and continued to broadcast games through the 2018 season.

"Don Sutton's brilliance on the field, and his lasting commitment to the game that he so loved, carried through to his time as a member of the Hall of Fame," Jane Forbes Clark, chairman of the National Baseball Hall of Fame and Museum, said in a statement. "I know how much he treasured his moments in Cooperstown, just as we treasured our special moments with him. We share our deepest condolences with his wife, Mary, and his family."

Sutton's death comes on the heels of seven Hall of Famers dying in 2020, the most sitting members of Cooperstown to die in a calendar year. They were Lou Brock, Whitey Ford, Bob Gibson, Al Kaline, Joe Morgan, Phil Niekro and Tom Seaver. 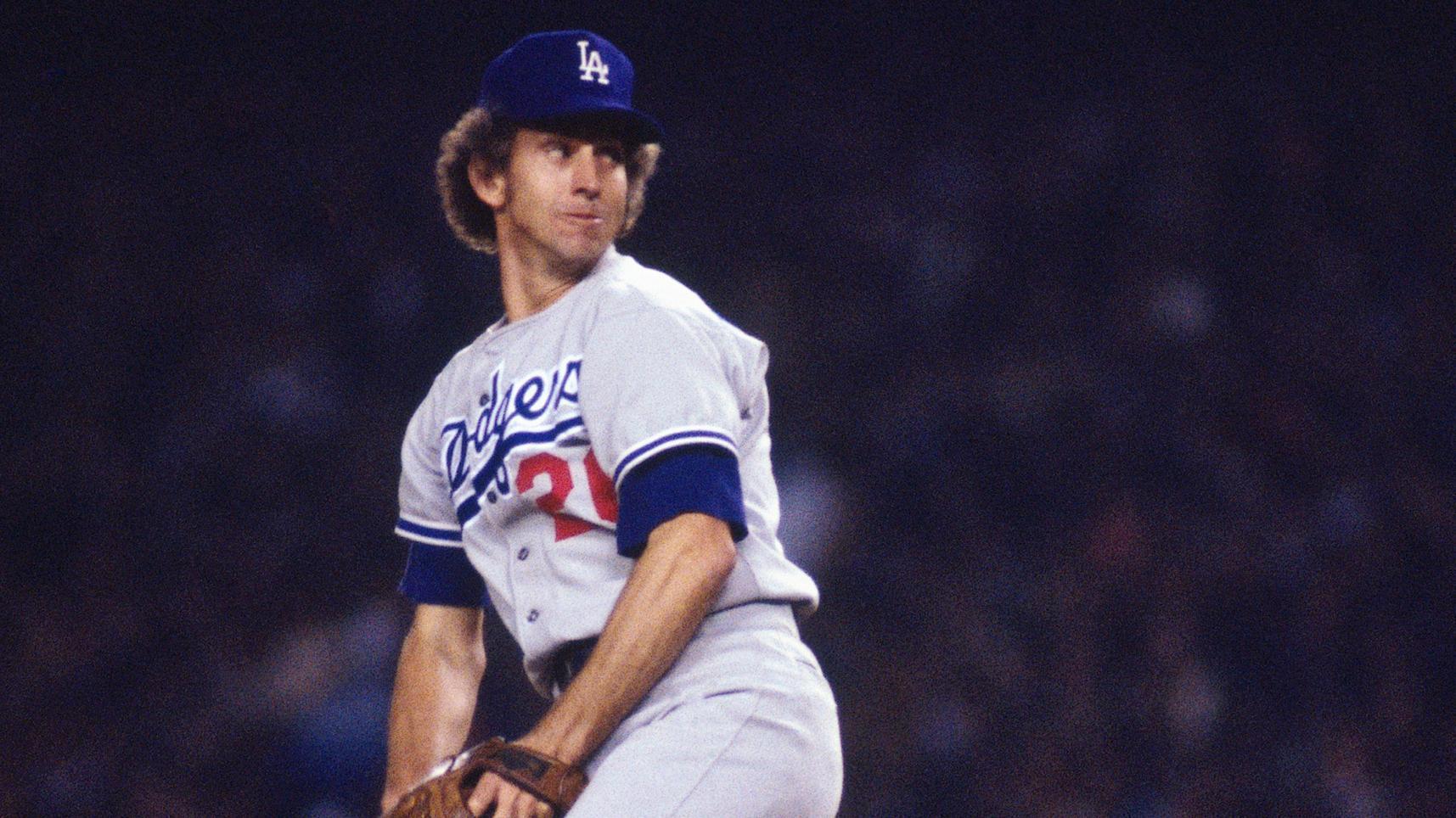