Hassan Whiteside on DeAndre Jordan: 'I do a lot. He just catches lobs' 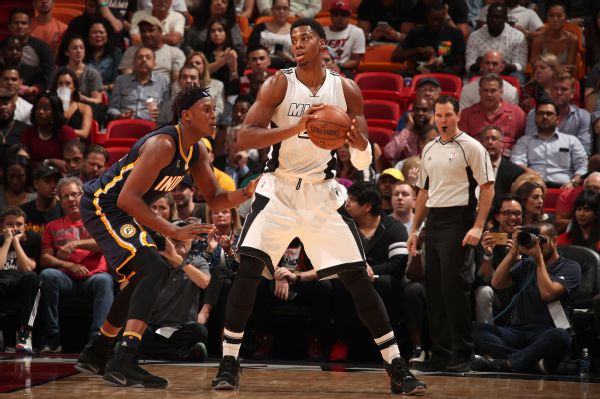 Prior to the showdown Friday night between the two big men in Miami, Whiteside made it clear he thinks his game is more well-rounded than that of Jordan, a 2016 first-team All-NBA player.

"No," Whiteside told the Miami Herald on Thursday when asked about Jordan and whether their games are similar. "He catches lobs. I shoot jumpers, catch lobs, block shots. I do a lot. He just catches lobs."

In a text message sent Friday to ESPN's Jeff Goodman, Whiteside attempted to clarify his position, saying that his comments to the Herald "were misinterpreted" and that Jordan is "one of top centers in NBA" and "a really good player."

That could be the reason Whiteside treats comparisons to Jordan with disdain. He hinted that Jordan looks good because he has nine-time NBA All-Star point guard Chris Paul tossing him easy passes at the rim to bolster that shooting percentage.

"[Jordan's] got CP3 as a point guard -- a great North Carolina point guard, I'd like to add," Whiteside told the Miami Herald.