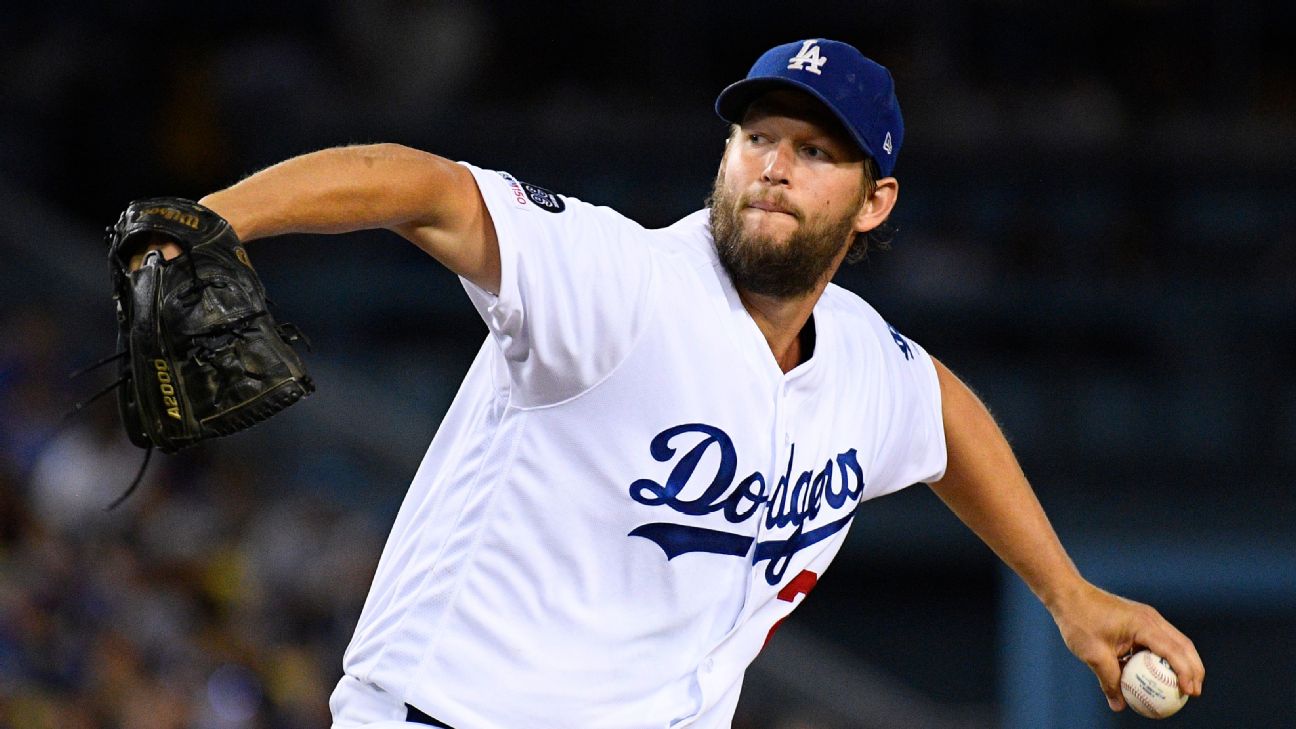 LOS ANGELES -- The gravity of all this will hit Clayton Kershaw at some point, perhaps on a day long removed from this one. On Tuesday, the Los Angeles Dodgers' longtime ace earned his 166th career victory, moving him past the Dodgers' ultimate ace, Sandy Koufax, the man Kershaw has so often been compared to.

Kershaw was respectful of the milestone but also quick to move past it, as is his custom.

"It's just hard for me to take big-picture perspectives on things," he said. "Someday, I hope to do that."

Kershaw is now the fifth-winningest pitcher in franchise history, trailing only Don Sutton, Don Drysdale, Dazzy Vance and Brickyard Kennedy, greats from other times. Among those in the expansion era, which began in 1961, Kershaw sits in a four-way tie for 25th place in wins for pitchers through their first 12 seasons. With three more W's, an attainable number given the health and success of his 2019 campaign, he will settle into the top 20.

But Koufax, who dominated the first half of the 1960s before arm injuries forced him to retire at age 30, is the enduring link.

"It's an honor for me just to be mentioned in the same sentence as Sandy," Kershaw said after the team's 16-3 win over theToronto Blue Jays. "What he was able to accomplish in his career -- he would've gone a lot longer if he was playing today, probably, because he could've gotten healthy. Just a special thing, man."

Kershaw was at his best as he prepared to face the lowly Jaysfor the start of a six-game homestand, posting a 1.40 ERA with 59 strikeouts and 13 walks over his previous 45 innings. Then he got hit around. Bo Bichette took him deep twice, first on a 90 mph fastball to open the game and then on a flat slider to open the sixth. Derek Fisher also homered to lead off the third. But Kershaw navigated through trouble, just as he has so often this season.

"That's something that all great ones have -- the ability to limit damage," Dodgers manager Dave Roberts said. "It's that short-term memory, where when something does happen or you're in a big spot to still have that ability to focus on executing your pitch."

Kershaw gave up three solo home runs but nothing more on the scoreboard. He allowed three other hits and issued three walks but was able to complete six innings for the 22nd time in 22 starts this season. He improved to 13-2 and put his ERA at 2.71, fifth lowest in the majors despite continuing to rely more heavily on breaking balls than ever before.

The slider -- a pitch opponents slugged just .194 against over his past seven starts -- continued to feature the depth that is necessary to differentiate it from Kershaw's fastball, forcing hitters to go 1-for-10 in at-bats that finished with it on Tuesday.

Kershaw dismissed all that. He felt he often got "bailed out," citing the double play that Randal Grichuk lined into in the fourth. The lefty would've asked to come out for the seventh, with his pitch count only at 89, but said, "I didn't earn it."

Kershaw will think about that another day.

"Being given an opportunity to get to do some of this stuff is really special, and I try not to lose sight of that," Kershaw said. "But I think somewhere in my brain I can't [fully appreciate the moment] and continue to be successful every fifth day, because you think you're better than you are, you know? So you just gotta keep going.

"Maybe someday I'll look back on it and think it's pretty awesome." 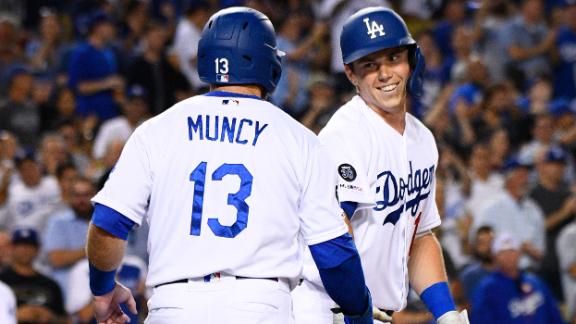