Home Run Derby featuring pitchers will be considered for 2017

ESPN
By Jayson Stark
SAN DIEGO -- San Francisco Giants catcher Buster Posey said Monday that if baseball had let Madison Bumgarner into the Home Run Derby, "I think he would have won. And I'm being honest with you." Well, maybe next year.

Tony Clark, executive director of the players' union, told ESPN.com that MLB and the union plan to "revisit that and a number of other ideas" before the 2017 All-Star Game.

Asked if that meant holding a separate home run contest for pitchers or allowing a pitcher into the official Derby, Clark replied: "Any and all of the above."

Clark said that once Bumgarner and other pitchers expressed interest in participating, the union and MLB talked about ways to incorporate pitchers into the event.

But eventually, they just ran out of time to settle on all the changes to "the processes and protocols" that would have been necessary to make that happen.

Clark would not talk specifically about what was discussed, but he expressed surprise at the popular theory in San Francisco that the union opposed allowing pitchers to take their hacks in the Derby.

"We were willing to have that conversation, which is what we had," he said. "But again, as you get closer to the event itself, it becomes remarkably difficult to make tweaks and adjustments to protocol."

At one point, sources said, it appeared that momentum was building for a smaller-scale home run contest just for pitchers. Chicago Cubs ace Jake Arrieta, Miami Marlins ace Jose Fernandez and St. Louis Cardinals ace Adam Wainwright were among the pitchers who expressed interest in being part of that event.

"We were almost there, man," Arrieta said Monday. "I think it would have been something fun for the fans to see. And if it stunk, maybe we don't do it again."

Arrieta said discussions advanced to the point that he had a conversation with Cubs president Theo Epstein and owner Tom Ricketts about his interest in being a part of it.

Asked if he thought MLB eventually squelched the idea, Arrieta said: "I don't think so. As far as I know, the commissioner was kind of on board with it. I think people just wanted to assess, obviously, the risk of injury. And I think eventually, everyone came to the conclusion that, yeah, these guys hit a lot. They hit all the time. So I think they realize that the injury risk would be fairly low."

So if they came to that conclusion, then why did none of this happen? There were several factors, sources said. One is that Bumgarner didn't want to be part of a mini-Derby for pitchers. He only wanted to compete in the real thing. And that created complications, because other pitchers also wanted to be involved. All Bumgarner would say Monday was that he was all for being part of the Derby if everyone signed off on it.

"I don't know that I wanted to be in it more than anybody else," he said. "I was just asked if I was interested. And I said yes. Of course. It's the Home Run Derby."

When the idea of a pitcher being in the actual Derby was floated past hitters, however, MLB and the union encountered resistance, sources said. When asked if he would like to see pitchers included, defending champ Todd Frazier said: "I don't think it would be a good idea."

All Clark would say about that resistance was that a number of hitters who had been identified as potential participants already had been contacted to assess their interest in participating at the time the Bumgarner in the Derby talk surfaced. So all sides apparently concluded they didn't want to be in the uncomfortable position of uninviting a hitter or two to allow a pitcher to participate.

"In other words, if you don't make that [decision to include pitchers] in the forefront, it's going to be difficult to make that consideration later," Clark said. "So that's why we can have those conversations about 2017, so that when players are considered, perhaps we're looking at a broader group. And not just the hitters."

It still isn't certain whether baseball would prefer a separate home run contest for pitchers, or a spot for pitchers to be part of the official Derby. But if they consider either option, they'll find no shortage of volunteers, because Bumgarner, Arrieta and Fernandez all expressed disappointment Monday that they wouldn't get their shot to put on a home run show.

"I'm definitely going to mess with Madison," Arrieta quipped. "I can't wait to tell him, 'You could have taken second place to me in the pitchers' Derby." 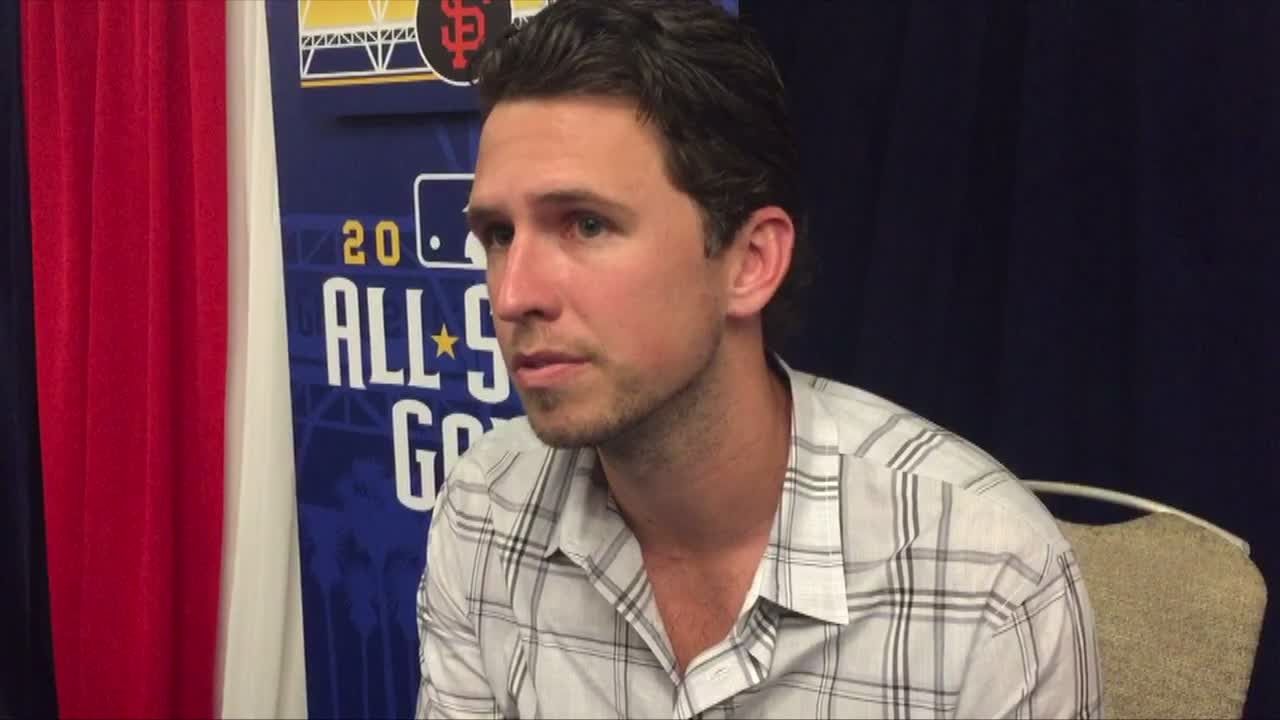