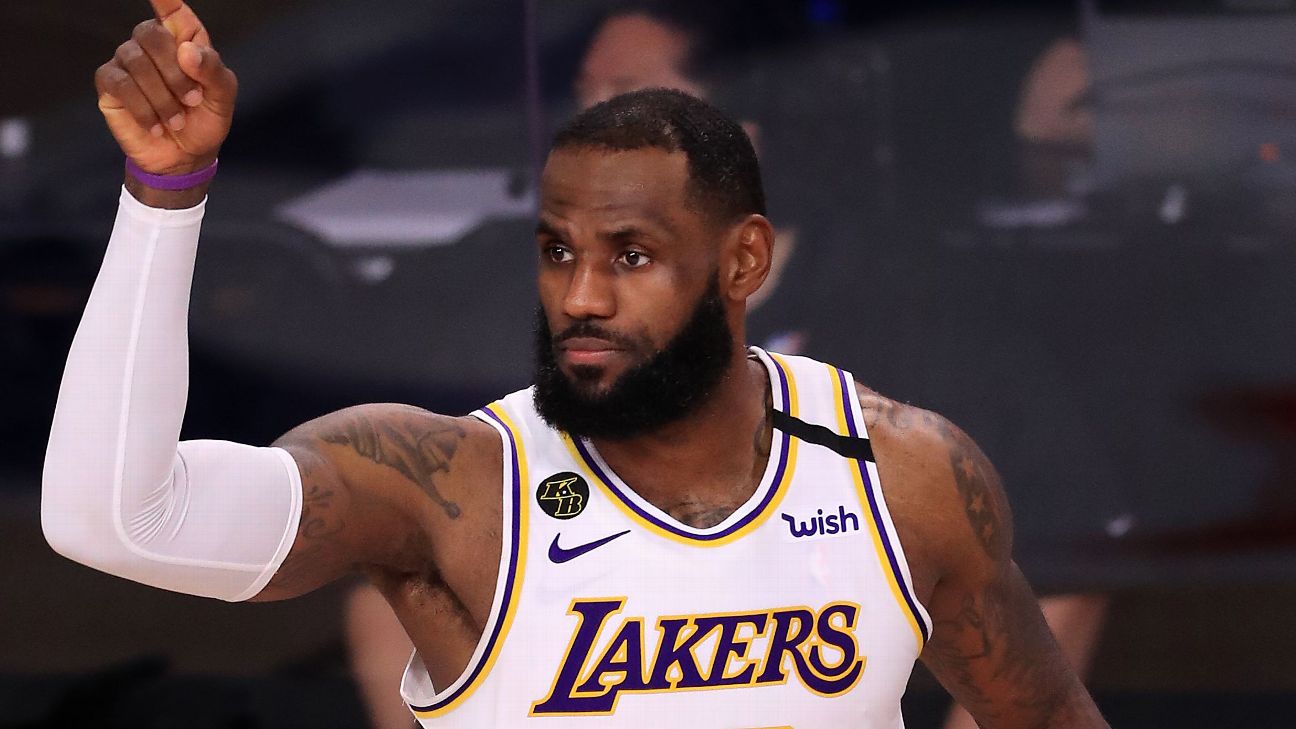 LAKE BUENA VISTA, Fla. -- No player in NBA history has more playoff victories to his name than LeBron James does after the Los Angeles Lakers' 112-102 Game 3 win over the Houston Rockets on Tuesday.

The win put L.A. up 2-1 on Houston in their Western Conference semifinals series and pushed James past former Lakers guard Derek Fisher for first place in postseason wins, with 162.


"It's something I never dreamed of," said James, who was already No. 1 in career playoff scoring, after he led all scorers with 36 points. "I never came into the league as a kid saying, 'I want to be No. 1 in playoff wins.' I always said I want to be a part of a winning culture and be a winning player and do whatever it takes to help my teammates win, and this is the result of it.

"But it doesn't happen without my teammates over the years, my coaching staff over the years. Everyone from the top to bottom -- GMs, owners, training staffs, ball boys, everything. Everyone has a hand in that because we're all a part of the process and the success. So either if I was inCleveland or Miamiand now with the Lakers, I've been a part of three great organizations that have allowed me to be a part of something that's historic."

James made some personal history, as well. He blocked four shots in the third quarter, marking the first time in his 17-year career -- regular season or playoffs -- that he has had that many blocks in a quarter. In doing so, James moved pastJulius Ervingfor No. 12 on the all-time playoff blocks list.

"It's unbelievable," Lakers coach Frank Vogel said. "The lift he gives us with the superhero plays, you can't really put it in words."

Anthony Davis tried, saying that chase-down blocks, on which James runs up on the offensive player to swat the ball from behind, should be "named after him," considering that the most famous play of James' career was a chase-down block that helped win Game 7 of the 2016 NBA Finals.


"I'm just trying to be in the right position," James said. "Good momentum plays for us."

It would seem that James' Lakers now have the momentum in the series squarely on their side following wins in the past two games, after the Rockets went up 1-0.

James, who will turn 36 in December, was asked how he and his 34-year-old teammate, Rajon Rondo, are able to continue to impact the game at such a high level. Rondo had 21 points and nine assists off the bench in Game 3, without a doubt his finest game as a Laker since he signed with the franchise the summer James left Clevelandto come to L.A.

"One, we don't know how many opportunities we're going to get at this level. Two, our league kind of tries to weed guys like us in our later years out of the league," James said. "And you see it a lot: Guys in their 30s, mid-30s, they kind of try to stray away from the vets and things of that nature, so we take -- that's a little pride, as well.


Davis, who had 26 points, 15 rebounds and six assists, continued to show that he belongs in the playoff-performer category. The Lakers are 17-1 (.944 win percentage) this season,including the playoffs, when Davis and James combine for 60 points, according to research by the Elias Sports Bureau. The only duo to be more automatic in a season when scoring that much? The Lakers' Kobe Bryant and Shaquille O'Neal in 1999-2000 (.952).

Although Bryant and O'Neal often wrestled for control of the team, Davis has shown no problem deferring to James and marveling at his elder co-star.

"The other day, when he did the double-pump dunk, we was saying no guy should be able to do that still at ... this many years in the league," Davis said. "Nothing's surprising for us. The things he's able to do at this age is still unbelievable. I say it all time: I feel like every game he's breaking another record, and so I'm glad I'm his teammate and get to witness it firsthand."

James, who is known to look for any sort of external motivation to fuel his play, happened to show out on the day reigning MVP Giannis Antetokounmpo and the Milwaukee Bucks were bounced out of the playoffs by the Heat. Many consider Antetokounmpo a shoo-in to win his second straight MVP this season, with James, who has won the award four times, finishing second for the fourth time in his career.

"I said it when I talked about the MVP this year: Nobody impacts winning more than LeBron James. That's true for this season. It's why he should be MVP. And honestly, it's probably true in the history of the game: No one impacts winning more than LeBron James," Vogel said. "To see that he has the actual numerical statistic is just indicative of that." 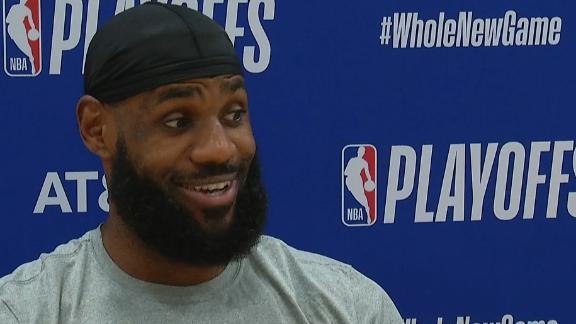 LeBron honored by all-time playoff wins record
LeBron James says it hasn't sunk in that he is the NBA's all-time leader in playoff wins and adds that it's something he "never dreamed of."
Report a correction or typo
Related topics:
sportsespnnewsnbalos angeles lakerslebron james
Copyright © 2021 ESPN Internet Ventures. All rights reserved.
More Videos
From CNN Newsource affiliates
TOP STORIES