Isles' Jack Capuano: It's frustrating Game 3 had to end with a head shot 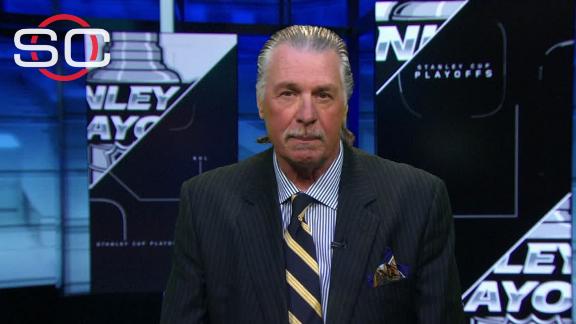 Capuano believes Boyle, who scored the game-winning goal at 2:48 of overtime, made a direct hit to the head of Islanders defensemanThomas Hickey prior to the tally.

"It's a direct shot to the head," Capuano said. "I mean, probably going to get suspended a game. That's what I mean. The whole game, it shouldn't come down to that. [Referee] is standing right there. I've watched it numerous times now. Those are the types of hits that we're trying to eliminate from our game.

Capuano did not have an update on Hickey after the game.

"I can't say it enough, it was a great hockey game," he said. "Unfortunately a blow to the head, a head shot, had to end the game."

When asked if he thought the ref missed the play, Capuano added: "I'm just telling you what I saw. I saw the video. Video doesn't lie. The referee is there. The hit's there. Maybe he didn't see it that way. They're human too.

I'm sure the league is going to take a look at it because I just watched [Washington Capitalsdefenseman] Brooks Orpik, I just watched [Pittsburgh Penguinsdefenseman] Kris Letang,and those guys play hard. They're not looking to hurt anybody. It just happens. I don't think Boyle's looking to hurt anybody. Maybe he was. I don't know. At the end of the day, it's a head. It's clearly a head shot, and it determined the outcome of the game. We should have been on the power play."

When asked if he was worried about possible discipline, Boyle said, "I don't think so. I've never had anything like that in my career. At this point, I really don't have any control."

Tampa Bay coach Jon Cooper was hesitant about answering the question after the game.

"I don't have the sheet in front of me, but how many hits were in that game? Seventy? Eighty hits? I would say there were 15 harder than the one Boyle was involved in, and one that was a really hard hit," Cooper said. "If you watched that game, to me, that was a mild hit compared to some of the banging that went on in that hockey game.

"The problem is with Boyle, he's 6-foot-7, so when he's going up against guys, I'm not sure how tall Hickey is, but he's definitely not 6-foot. Those are tough situations, but at no point, in my opinion, I don't think there was anything wrong with that. It was two guys trying to make a hockey play, and fortunately, it worked out for us."

That "one really hard hit" Cooper was describing was on Lightning forward Jonathan Drouin. Early in the second period, he was on the receiving end of a massive hit by Hickey. Drouin exited the game, and there was no penalty on the play. Drouin returned late in the third period and assisted on the game-tying goal with 38.4 seconds remaining.

After Tampa's victory, he had no issue with the Hickey hit.

"I just cut to the middle, and he read the play," Drouin said. "I looked at the hit after, and it appears it was a clean hit. He just got me. He read what I was doing, and I have nothing against him. It was a clean hit." 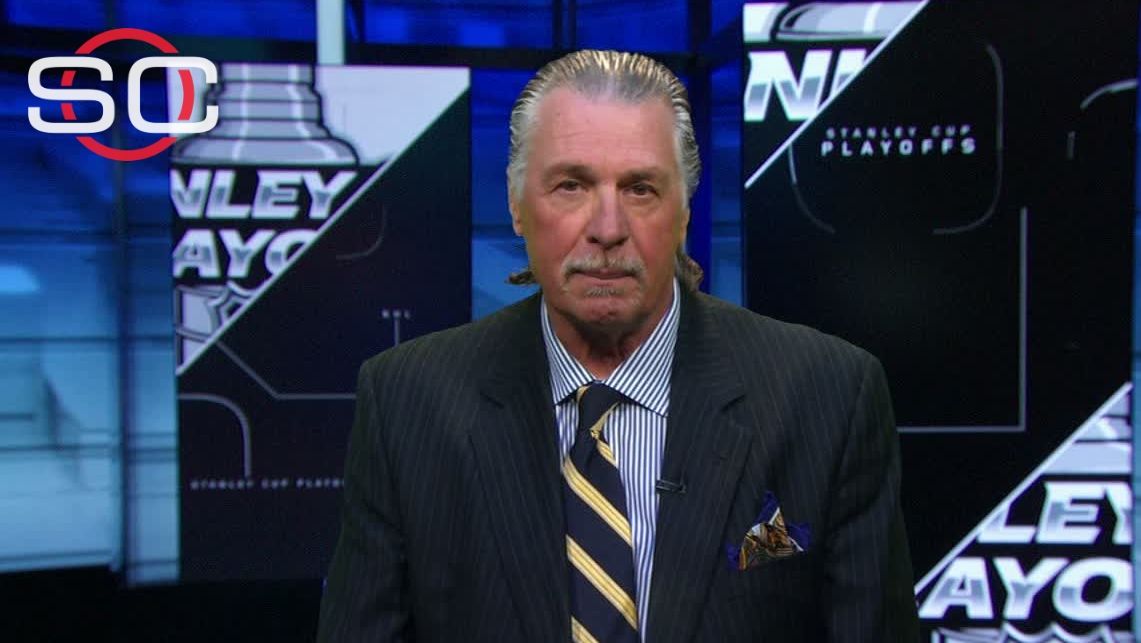 Melrose doesn't see a suspension coming for Boyle
Barry Melrose disagrees with Islanders coach Jack Capuano, who says Lightning center Brian Boyle should be suspended for his overtime hit on Thomas Hickey. Melrose didn't see a hit to the head, while Capuano thought it was.