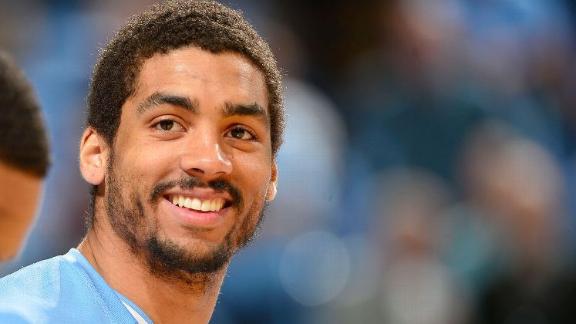 North Carolina forward James Michael McAdoo will forgo his senior season and enter the NBA draft, it was announced Thursday.

"I just feel I am ready to play at the next level and excited about that challenge," McAdoo said in a statement released by the school. "I had chances to go after my freshman and sophomore years but was more excited about coming back to school then. Right now I am excited about fulfilling my dream to play in the NBA and do what I have to do to take that next step."

He thanked coach Roy Williams and said that he plans to return to UNC to earn his degree "without a doubt."

"I am extremely happy for James Michael, but at the same time I am sad for me because I won't get a chance to coach that youngster again," Williams said. "He's a wonderful kid who has been a very dependable player and one of the top players in the ACC the past two seasons."

The 6-foot-9 McAdoo arrived in Chapel Hill as a potential lottery pick but has slid down draft boards over the past two seasons.

McAdoo averaged 14.2 points and 6.8 rebounds this season and, according to multiple NBA executives, is considered a late first-round pick who could slide into the early part of the second round.