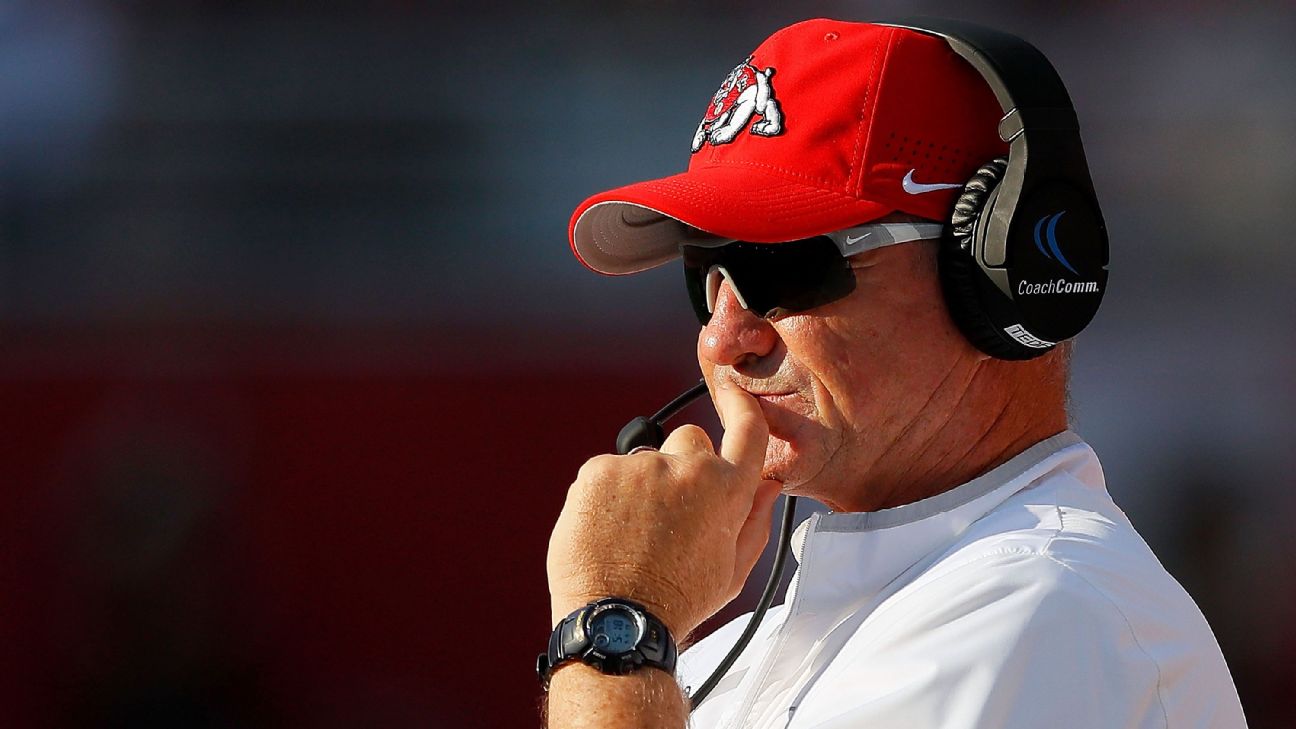 Fresno Statecoach Jeff Tedford has stepped down after three seasons at his alma mater.

"It is with a heavy heart that, today, I am announcing that I am stepping down as the head coach here at Fresno State," Tedford said Friday in a statement. "I have been coaching for 30 years and it has been awesome. I have been playing since I was 8 years old, so I have been in this business for about 50 years now. It is time now to focus on my health and my family."

The Bulldogs went 4-8 this season.

Tedford made his mark at Cal, going 82-57 in 11 seasons with eight bowl appearances and three Top 25 finishes. While serving as Tampa Bay Buccaneers offensive coordinator in 2014, Tedford experienced heart problems before a preseason game. He underwent surgery and took an indefinite medical leave before being released from his contract that December.

Tedford spent the 2015 season as head coach of the BC Lions in the CFL and spent 2016 as an off-field assistant at the University of Washingtonbefore taking the Fresno State job.
Report a correction or typo
Related topics:
sportsespnnewsfresno state bulldogscollege football
Copyright © 2020 ESPN Internet Ventures. All rights reserved.
More Videos
From CNN Newsource affiliates
TOP STORIES