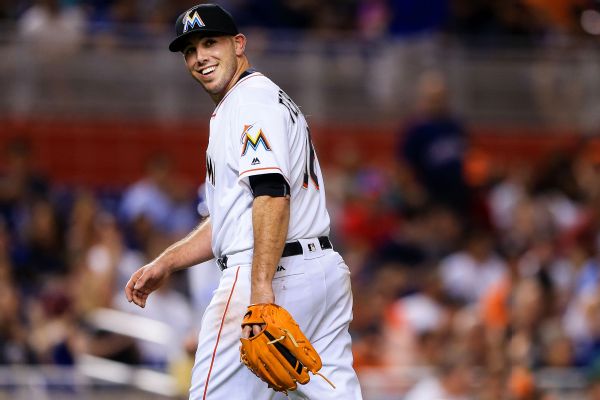 NEW YORK -- Miami Marlins pitcher Jose Fernandez, who died in a boating accident in September, was voted the National League Comeback Player of the Year by his peers in the annual Players Choice Awards of the Major League Baseball Players Association.

Fernandez was the 2013 NL Rookie of the Year, had Tommy John surgery the following year, returned in July 2015 and was 16-8 with a 2.86 ERA this season, earning his second All-Star selection.

He died at age 24 on Sept. 25, and autopsy reports released by the Miami-Dade County Medical Examiner's Office said he had cocaine and alcohol in his system when his boat crashed into a Miami Beach jetty.

Baltimore slugger Mark Trumbo, who led the major leagues with 47 home runs after hitting 13 for Seattle in 2015, won the AL comeback award.

New York Mets outfielder Curtis Granderson earned his second Marvin Miller Man of the Year award, given to the player who most inspires his fellow players through his on-field performances and contributions to his community. Granderson also won in 2009.

Major league ERA leader Kyle Hendricks of the Chicago Cubs was the NL's outstanding pitcher, and Rick Porcello won the AL award in his second season with Boston.