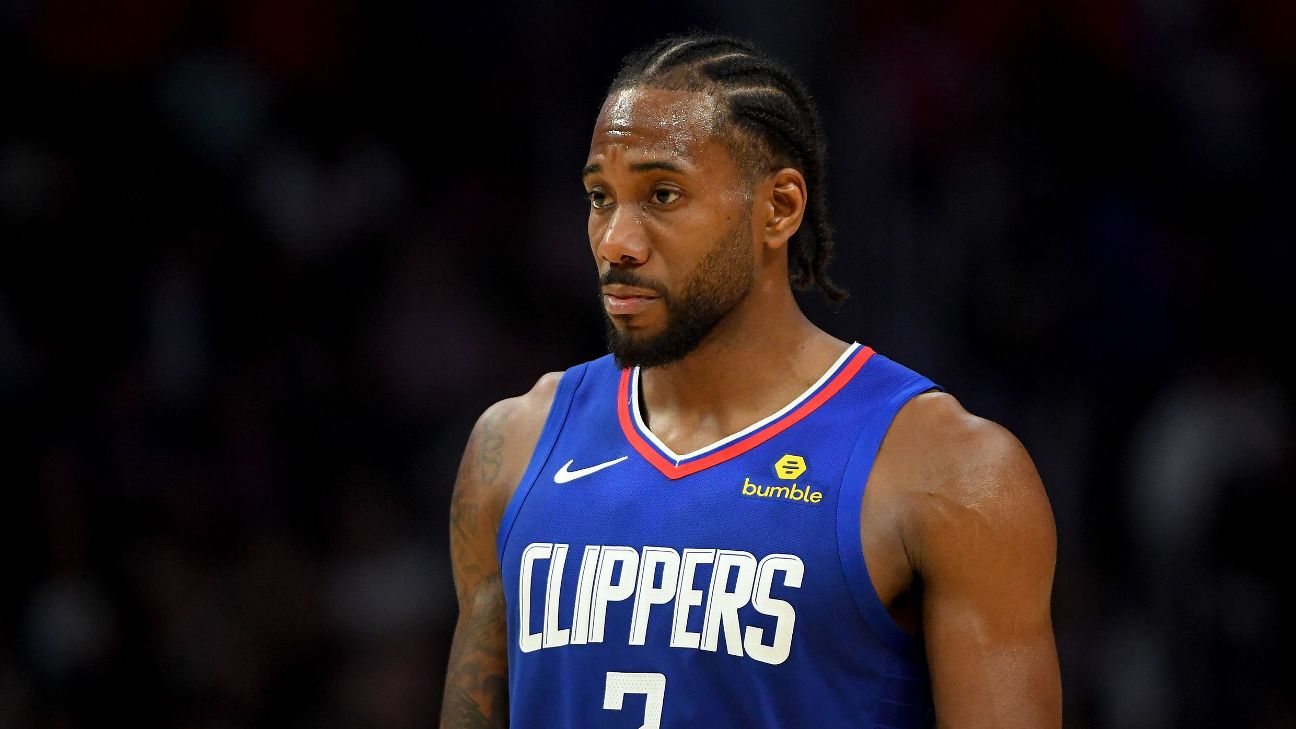 ESPN
By Ohm Youngmisuk
INDIANAPOLIS -- Kawhi Leonard will not play against the Indiana Pacers on Monday night because of left knee soreness.

TheAll-StarLA Clippersforward will miss the second of a back-to-back set with the official description on the injury report as "Injury/Illness -- Left Knee; Injury Management -- Left Knee Soreness."

The Clippers will also be without Landry Shamet (high left ankle sprain), JaMychal Green (bruised tailbone) and Rodney McGruder (right hamstring strain). All-Star Paul George is not listed on the injury report and said he will play against his former team. And Clippers coach Doc Rivers said Patrick Patterson (back spasms) is feeling better and will start with Leonard out.

Leonard played 32 minutes Sunday night and finished with 34 points, 11 rebounds and 5 assists in a 135-119 victory over the Washington Wizards.

Early in the third quarter, Leonard fell to the floor awkwardly after getting tangled up with Washington's Isaac Bonga. He then held his left leg high in the air, grabbing it with both hands.

Leonard got up after a few seconds, though, and would score 19 points in the second half. He did say that when he was on the floor grabbing his left knee, he wanted to make sure everything was fine. Leonard had a left knee contusion he suffered when he banged knees in a game against Houston on Nov. 13 that kept him out of three straight games in November.

The Clippers have played four sets of back-to-back games this season, and Leonard hasn't played in an entire back-to-back yet, with his knee, and his health, remaining a priority for him. Leonard has repeatedly said he wants to make sure he will be healthy for the postseason. 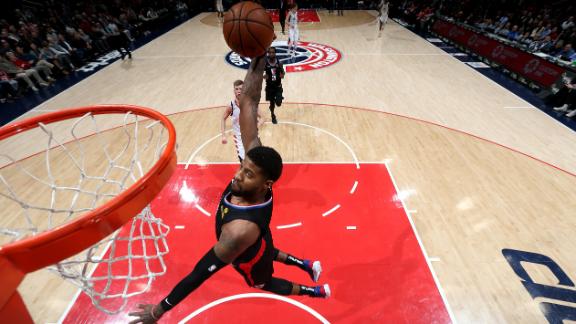