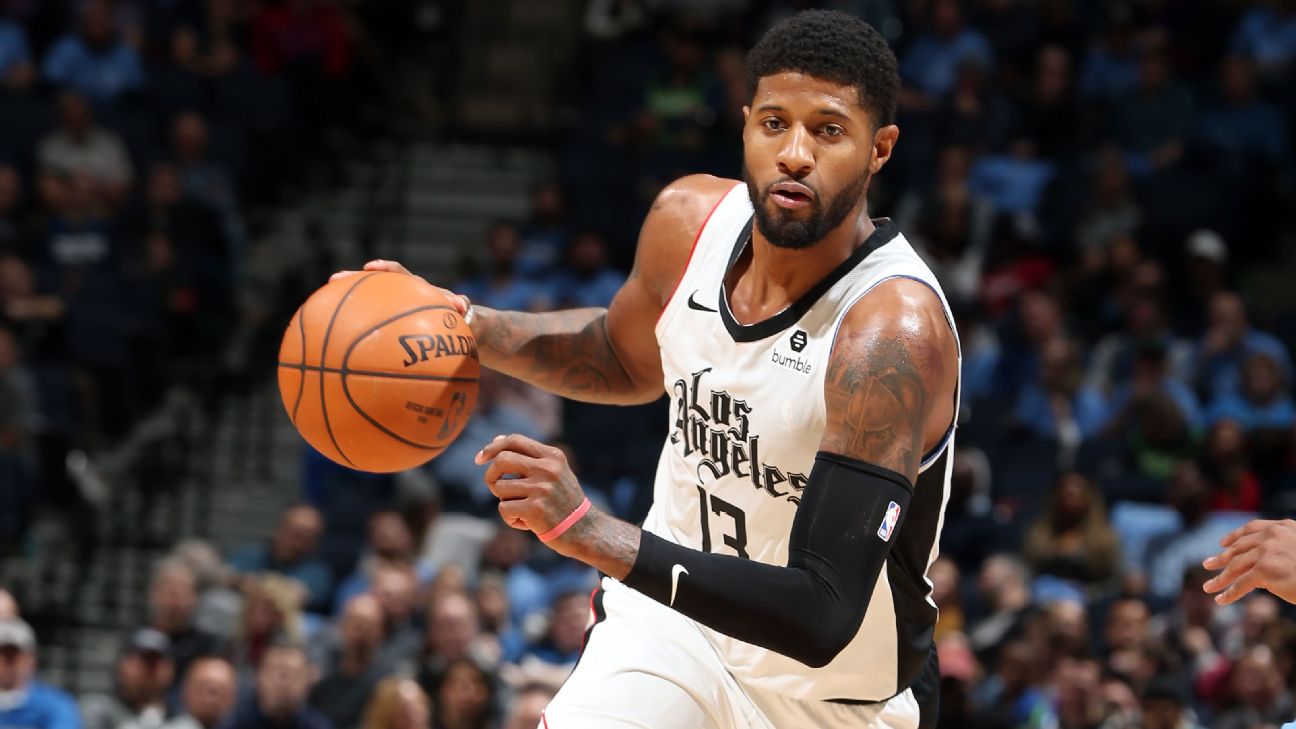 What Rivers got in return was the first pair of teammatesin franchise history to score at least 40 points each in the same game. George had 46 points and seven assists, and Leonard added 42 points and 11 rebounds to help the Clippers hold on for a 124-117 win over theMinnesota Timberwolves.

If this was what Leonard and George envisioned when they talked about joining forces early in free agency, the Clippers' All-Star duo joined some elite company with their Friday the 13th performance. They became the 21st pair in NBA history to each score 40 or more in a game, regular season or playoffs, according to Elias Sports Bureau research.

"It's great to have somebody else out there help scoring the ball, making the game easier for myself," said Leonard, who hit 10-of-24 shots and went 19-for-19 from the line. "We are still trying to build our chemistry out there. We didn't close that third quarter too great. We still got to improve."

"[But] I didn't think that coming into the season," Leonard added about how explosive he and George could be together. "We just want to win a basketball game. If it's me having 10 and him having 40 or vice-versa, or Lou Will is going or Trezz [Montrezl Harrell] or somebody else having a great game, that is what I envision. I just want to envision winning games."

With Williams ruled out earlier in the day with a sore right calf and Patrick Beverley (concussion), Landry Shamet (ankle sprain) and JaMychal Green (tailbone) already out, Leonard and George carried the load.

In the first quarter, the two combined to put up 28 points, as Minnesota's entire team scored 29 in the quarter. The pair scored the Clippers' first 23 points of the game, until Harrell joined the party with 3 minutes, 55 seconds to go when he became the first other Clipper to tally a point.

The two All-Stars only seemed to get hotter. Leonard had 31 points and shot 9-for-14 by halftime, while George had 23 going into the break. Minnesota's entire team only outscored Leonard and George 58-54 at the half.

Entering the fourth quarter, George had 39 points and Leonard had 37 as the Clippers led by as much as 100-73. The two would each crack 40 in final stanza -- and the Clippers ended up needing all the points, as Minnesota cut the deficit to 121-117 with 28.7 seconds left, before the Clippers staved off the comeback.

This 40-40 outing by two teammates isn't new for George, who was part of the duo that most recently completed the feat when he and Russell Westbrook did so in February with theOklahoma City Thunder.

"It's special," said George, who did not come out in the fourth quarter on Friday and played 39 minutes. "Two guys, offensively, and the thing about it is we dish and we're finding each other and feeding each other, and then when we have moments to be aggressive. We are looking to be aggressive and attack and looking for our shots. It is great when both guys can get going."

Now, George and Leonard are hoping this experience -- albeit with a short-handed roster -- might serve the Clippers well later on this season.

"I thought that was a good indication tonight," George said of the things that he and Leonard might be able to use moving forward. "Again, both of us were aggressive to start, our defense got us going and down the stretch, you saw there was still some slippage, still some opportunities where we can grow."

"I thought overall we did a great job of just playing off one another," he added, "both being aggressive tonight, looking to score and attack and then finding plays to make our teammates better, as well." 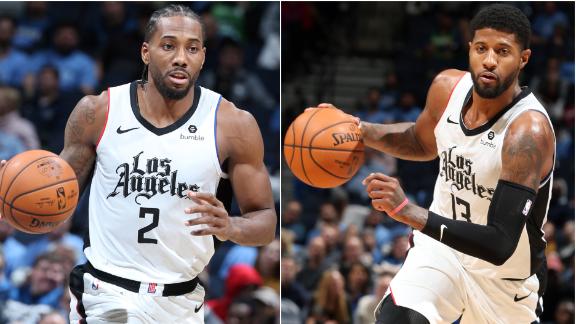