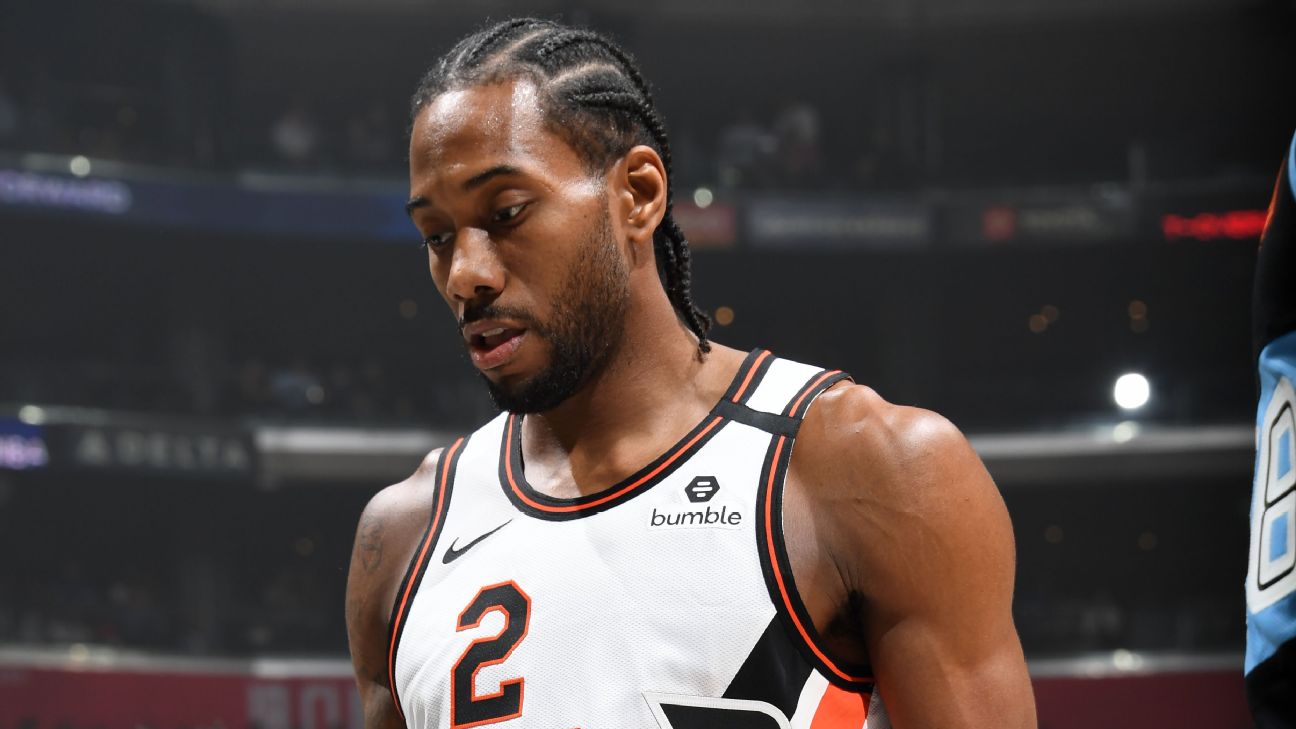 LOS ANGELES -- Kawhi Leonard reached the halfway point of the season for the LA Clippers with his most explosive game, scoring 43 points in just under 29 minutes Tuesday night at Staples Center.

But after helping the Clippers temporarily bust out of their recent funk and make quick work of the Cleveland Cavaliersin a 128-103 rout, Leonard's mind seemed to be on winning a championship and reminding his teammates just how hard it is to get to the end of June and hoist the Larry O'Brien Trophy.

Leonard repeatedly talked about how the Clippers (28-13) need to slow down and not be in a hurry to get to where they hope to be.

"We just can't be in a rush," Leonard said when asked about how important it is for the Clippers to have continuity at this stage of the season. "That's what I'm [telling them]. Just be patient. It's hard to win a championship. The pressure isn't even on us now. Just enjoy the process and have fun."

It certainly will be a lot easier for Doc Rivers and the Clippers when Leonard is feeling this way. Leonard said he was getting stronger with his health trending up of late, and he provided the Cavaliers proof of that.

The All-Star forward buried 14 of his 22 shots, including 6 of 10 from 3-point range. He also made 9 of 10 from the free throw line to score at least 40 in the first three quarters for the first time in his career. Leonard did not play in the fourth.

Although he finished shy of his career high of 45 points, Leonard has broken the 40-point barrier twice in his past 12 games. He also had 42 points and 11 rebounds on Dec. 13 at theMinnesota Timberwolves.

"I got out of the game, and he had 40 and made that 3 for 43, and I was like, 'When did he get 43?'" said Clippers center Ivica Zubac, who had 12 points and 10 rebounds while helping to hold Tristan Thompson scoreless in 23 minutes. "It's just like he gets points and you don't even know how did he get them. It's special to play with a player like that."

Leonard scored 17 points in the third quarter to push the Clippers' lead from 13 to 35.

But after becoming only the third player to score 43 or more points in under 29 minutes in the shot clock era, according to research by the Elias Sports Bureau, Leonard wanted to keep the focus on his team and how it needs to enjoy the highs and lows of the season.

The Clippers have played inconsistent basketball, going 8-6 in their past 14 games. There have been injured players in and out -- such asPaul George (hamstring) missing four of the past five games -- and a lack of practice time thanks to the Clippers' daunting schedule early on.

But Leonard continues to preach patience. He knows how much more there is to go to reach the NBA Finals after his long title run with the Toronto Raptors last season.

"It takes a whole team to win games, win championships," Leonard said of six Clippers scoring in double figures and opening things up for him on Tuesday. "It's not won by one guy [or] two players -- it's the whole 15."

"Those are the things that I tell them: Don't be in a rush to win these games," Leonard added. "Enjoy every moment of it. Enjoy the process and use it as a learning tool when you get down in the trenches." 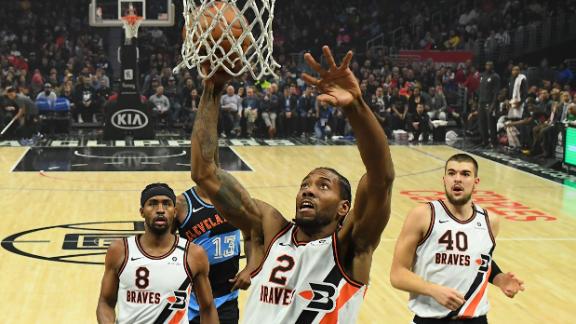