Matt Kemp reacquired by Dodgers, Adrian Gonzalez out in 5-player deal with Braves 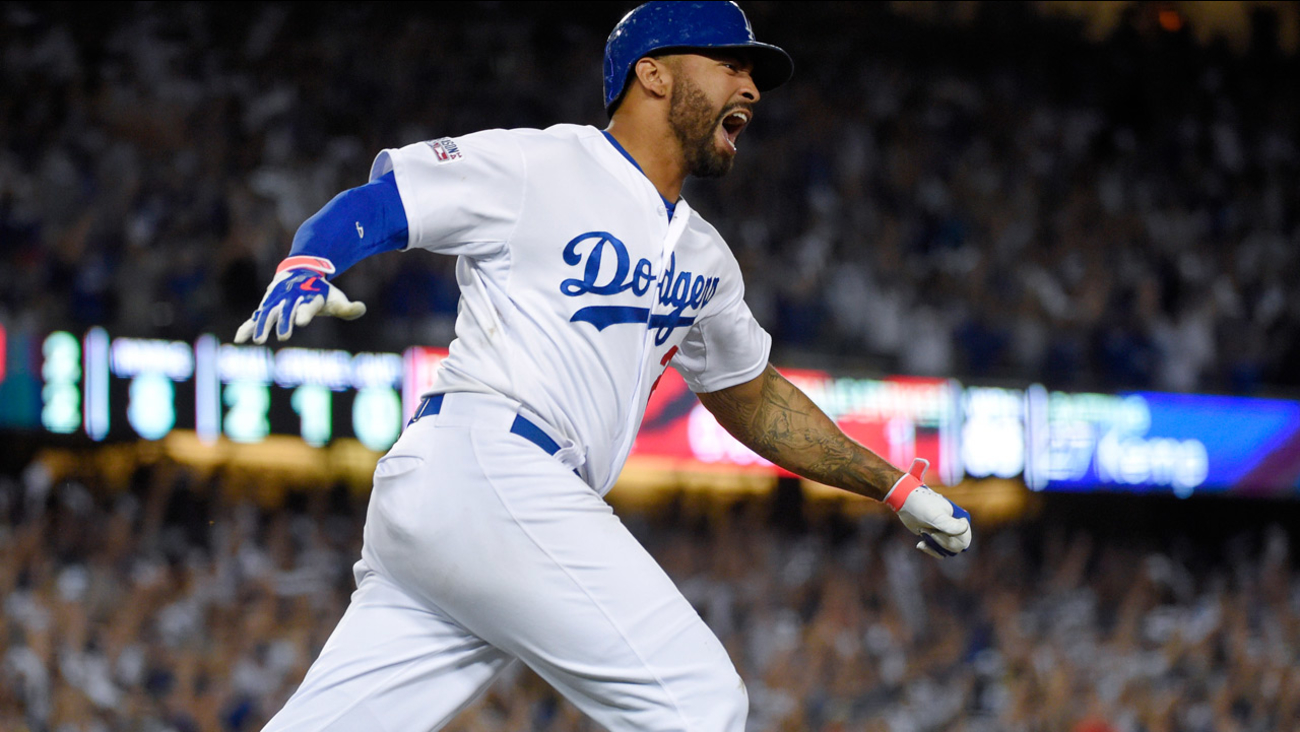 LOS ANGELES -- Matt Kemp is returning to the place where he began his major league career, reacquired by the Los Angeles Dodgers on Saturday as part of a five-player trade with the Atlanta Braves that creates more financial flexibility for the reigning NL champions.

Gonzalez agreed to waive his no-trade clause after receiving assurance from the Braves that he would be designated for assignment since they are already set at first base with Freddie Freeman.

"This allows him the opportunity to go and find some playing time," new Braves general manager Alex Anthopoulos said.

After sitting on the sidelines during the recent winter meetings, the Dodgers moved quickly to dump nearly $50 million in salary committed to Gonzalez, Kazmir and McCarthy for 2018. Kemp is owed about $43 million over the next two seasons.

Los Angeles was looking to reduce baseball's highest payroll of $240 million last season as a way of lowering exposure to higher luxury taxes.

The deal made sense for the Braves, too, since the players they acquired all have expiring contracts.

"It puts us in an even greater financial position going forward and going into next offseason as well," said Anthopoulos, who was hired from the Dodgers.

Moving Kemp opens up a potential roster spot for top Braves prospect Ronald Acuna, who turns 20 on Monday. He was the most valuable player of the Arizona Fall League and Baseball America's minor league player of the year.

"We expect Ronald Acuna to be a very good player for a very long time," Anthopoulos said. "When he's ready to go, we're going to look to make room for him and certainly a deal like this won't hurt."

The 35-year-old Gonzalez helped the Dodgers win five straight NL West division titles after being acquired from the Red Sox in August 2012. He was an All-Star in 2015 and led the NL in RBIs in 2014, but went on the disabled list with a herniated disk in his back last season for the first time in his career. He was usurped at first base by NL Rookie of the Year Cody Bellinger.

Gonzalez is owed $21.5 million in the final year of a $154 million, seven-year contract that the Dodgers absorbed in the 2012 trade with Boston.

Thank you @Dodgers organization and fans for all the great years! #Blessed #Thankful #Dodgers pic.twitter.com/p7FC3pZdzz

"I spoke to him and he's pretty encouraged and excited about the work he's been able to do in the offseason, so we're excited to get a look at him in camp," Anthopoulos said. "If we can get him back and he can bounce back, there's certainly some upside there."

McCarthy was added to the Dodgers' World Series roster after missing the first two rounds. He gave up a home run in extra innings of a Game 2 loss to Houston in his only appearance. He is owed $12 million in the last year of a $48 million, four-year deal.

Anthopoulos said he sees McCarthy being in the Braves' rotation, which needs a veteran arm after not re-signing knuckleballer R.A. Dickey and releasing Bartolo Colon during last season.

"He came back at the end of the year and was on the World Series roster because of how good he looked, how good his stuff was, up to 94 (mph) and he started throwing a slider that he just added at the end of the year," Anthopoulos said. "I'm excited about him, think there is an upside to him."
Report a correction or typo
Related topics:
sportslos angeleslos angeles countymlbbaseballu.s. & worldlos angeles dodgers
Copyright © 2021 by The Associated Press. All Rights Reserved.
TOP STORIES
Central CA businesses hope for revival as state finally reopens
Newsom says vaccinated CA workers won't have to wear masks after June 17
What to expect from CA's reopening tomorrow
Where you'll still have to wear a mask after CA reopens tomorrow
Man crashes into police car on Tule Reservation, deputies say
Suspect in custody after standoff in Kings County
2 Sanger men accused of shooting at police officer
Show More
Historic heat wave could cancel some Valley events
Fresno Co. anti-marijuana operation leads to 37 arrests
Local farmers seeing decreased water supply due to drought
Merced police looking for murder suspect
Disneyland dropping mask policy for fully vaccinated guests starting June 15
More TOP STORIES News