Kevin Durant, his mother and the Warriors praised after winning NBA title 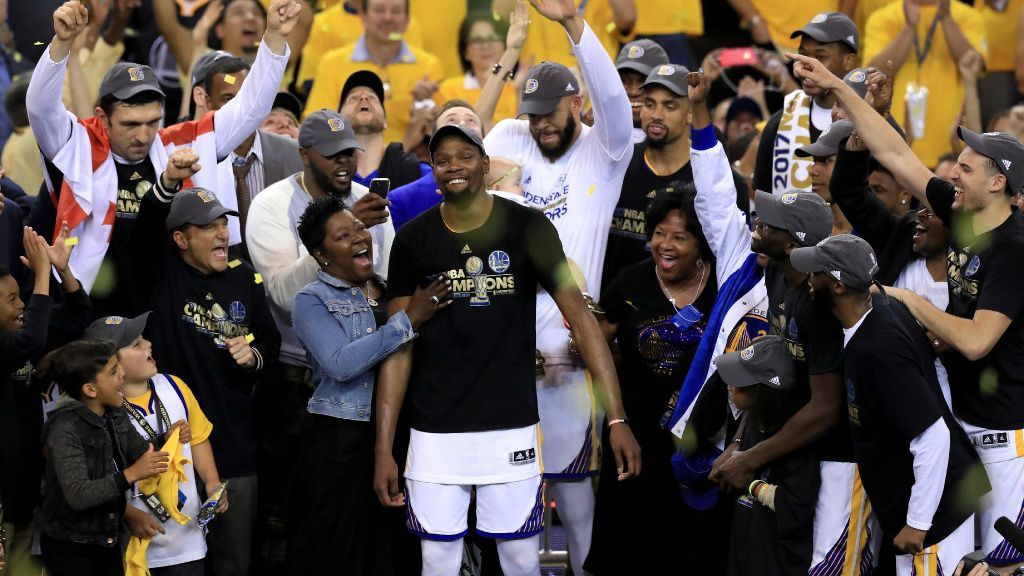 After the Golden State Warriors' Game 5 victory over the Cleveland Cavaliers, the 'Warriors blew a 3-1 lead' memes are now officially retired.

On Monday night, the Warriors finally put away the Cavs 129-120 in Game 5 of the NBA Finals to reclaim the title.

Stephen Curry,Javale McGeeand Zaza Pachuliawere among the Warriors players who chimed in on social media following the championship.

NBA players both current and retired also offered their congratulations.

And would the Finals be complete without the presence of a few A-listers at the game?

But the Warriors still had plenty of reasons to celebrate, and professional athletes from other teams in the Bay Area took to social media to share in Golden State's excitement.

Another season has come and gone and NBA fans around the world will have to wait until next season to see if the Cavaliers-Warriors saga will continue on for a fourth straight time.