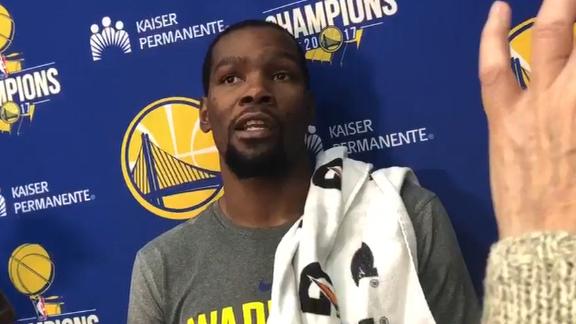 OAKLAND, Calif. -- After the Houston Rockets defeated the Golden State Warriors 116-108 on Saturday to snatch the season series and earn a potential playoff seeding tiebreaker, Rockets center Clint Capela proclaimed to ESPN that "we are better than them."

"You hear it from guys like Capela," Durant said. "Usually he's catching the ball and laying it up from CP [Chris Paul] or James Harden. His job is not as hard. When your job is that hard, you know you can't just come out there and say s--- like that. I don't expect that from CP and James and [Trevor] Ariza and the rest of the guys like that because they know how hard it is to come out and do that every night. Capela, catch and dunk every night. It's pretty easy for him."

Should Houston (32-12) and Golden State (37-10) finish the regular season with identical records, the Rockets will be granted the higher seed and have home-court advantage. Houston took two of the three contests on the season.

Houston's revamped roster featuring Paul, Luc Mbah a Moute andPJ Tucker,partnered with the franchise player in Harden, has NBA fans thinking it might be an interesting series should these two squads face each other in the playoffs.

Harden told The Undefeated after Saturday's game: "We're for real, for real. We are for real as it can get."

The Warriors downplayed the significance of dropping that game. Durant said he gets why the Rockets are feeling like they have a legitimate shot at dethroning Golden State this season, but he's taking the wait-and-see approach as it pertains to possibly meeting them down the road.

"[Talking trash is] part of the game," Durant said. "You understand they beat us twice this year. They should feel confident. Obviously, we're confident. We feel as though we're the best team in the league. We can beat anyone, as well, but we can be beat. We can be beat on any night if we don't come to play, if we turn it over 20 times, if we don't guard the 3-point line well, we can be beat. But we don't want to give those kinds of teams that type of confidence, but we let it happen. We got to move on, and if we see this team, I'm sure it'll be a fun one." 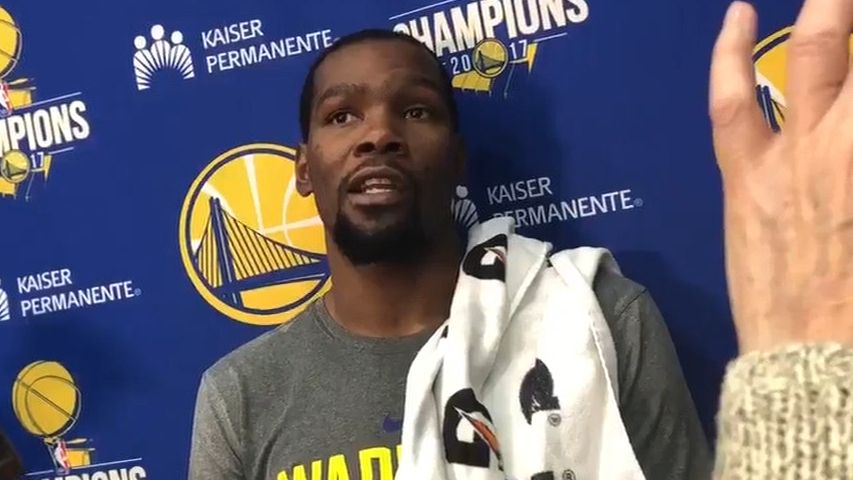 KD fires back at Capela
Kevin Durant says that Clint Capela's job is "not as hard" when playing with Chris Paul and James Harden.