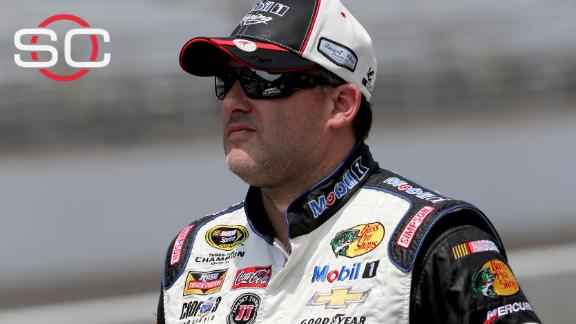 BROOKLYN, Mich. -- The parents of Kevin Ward Jr. want Tony Stewart held accountable for their son's death, one that Stewart calls an accident but one that the Ward family said he could have prevented from happening.

Kevin Ward Sr. and Pamela Ward spoke Friday morning on ABC's "Good Morning America" about the death of their 20-year-old son in a sprint car race Aug. 9, 2014, at Canandaigua (N.Y.) Motorsports Park. Ward got out of his car and approached on foot toward Stewart's car as he drove around under caution. Stewart's car struck Ward with the right rear wheel and Ward was pronounced dead 45 minutes later.

"Tony races every weekend," Kevin Ward Sr. said. "Well I know my son will never get to race again. ... He took a very, very big part of my family's life."

A grand jury cleared Stewart in September of any criminal wrongdoing, with the Ontario County district attorney saying the evidence showed no aberrational driving by Stewart and Ward had enough marijuana in his system to influence his actions. The parents filed a wrongful death suit Aug. 7 against Stewart seeking an unspecified amount of damages.

"I do not believe my son was impaired," Pamela Ward said.

Ward's father said "there's no doubt [Stewart] knew what he was doing" and that he revved the motor more than the others in the field as he went by their son.

"We want justice for our son," Pamela Ward said. "That's what we want. ... I don't feel Tony meant to kill my son. But his actions killed my son. I think he lost his temper."

Stewart, who told ESPN.com Sunday that he could not comment on the suit, skipped three Sprint Cup races after Ward's death to deal with the tragedy himself and out of respect to the Ward family. He appeared visibly shaken for weeks.

The three-time Sprint Cup champion has not won since his return, and he sits 26th in the 2015 standings.

Stewart's representatives told ESPN on Friday that they had no comment on the interview.

"I wish [Kevin] wouldn't have gotten outta the car, I more than anybody [wish that]," Pamela Ward said. "But if Tony woulda stayed low on the track and not gunned his engine and headed for my son, my son would still be here."