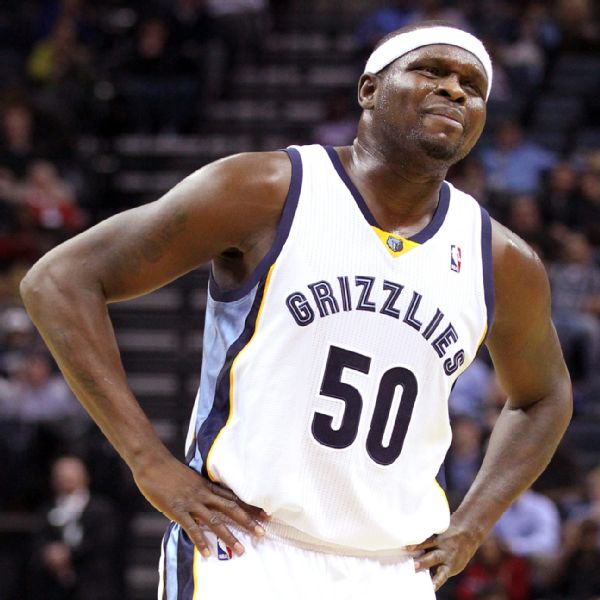 Sacramento Kings forward Zach Randolph said Monday he was "wrongfully arrested" on Aug. 9 at a Los Angeles housing project on suspicion of possessing marijuana with intent to sell.

Randolph, who signed with the Kings in July after eight seasons with the Memphis Grizzlies, was charged with misdemeanor drug possession and resisting arrest, instead of the felony charge, and ultimately was sentenced earlier this month to 150 hours of community service.

"I'm not speaking a lot about it," Randolph told reporters Monday,"but I felt that I was wrongfully arrested. Things that was put out there wasn't true. But I don't want to be a distraction to my team, my organization, so I'm just going to move forward and play basketball."

When asked whether he expects a fine or suspension from the NBA, the power forward said, "No. I didn't do anything wrong."

At his court appearance in early September, Randolph entered a no-contest plea before receiving his sentence of community service.

Frank Mateljan, a spokesman for the Los Angeles city attorney's office, said at the time that Randolph may petition the court for the charges to be vacated if he stays out of trouble for a year.

Court documents said Randolph, 36, possessed "more than 28.5 grams of marijuana or more than four grams of concentrated cannabis or both." The two-time All-Star was also accused of resisting arrest and obstructing a Los Angeles police officer in the discharge of his or her duties.

Police said that Randolph was one of three who ran off from a crowd of people drinking, smoking marijuana, blasting music and blocking streets. Randolph and another man ran inside a home and were arrested after a crowd of bystanders formed and attempted to block the officers, police said.

After the arrests, the crowd grew and people began throwing bottles and rocks, police said. Five police cars and one sheriff's vehicle ended up with smashed windows and slashed tires, but no officers were injured.

"I want to thank my agent, my attorney, my family, the Sacramento Kings, friends and fans who have supported me during this incident," Randolph said in a statement Sept. 14. "I want to assure all of my fans that I did nothing wrong and I am glad to have this incident behind me.

"I look forward to working with my teammates and the Sacramento Kings and having a successful NBA season."

Randolph's lawyer, Rickey Ivie, said in the same news release that Randolph pleaded no contest to the "questionable charge" to "avoid the time and distraction to his teammates of vindicating his reputation in trial."

Randolph, a 16-year NBA veteran, was drafted in 2001 by the Portland Trail Blazers. He has also played for the New York Knicks and LA Clippers.