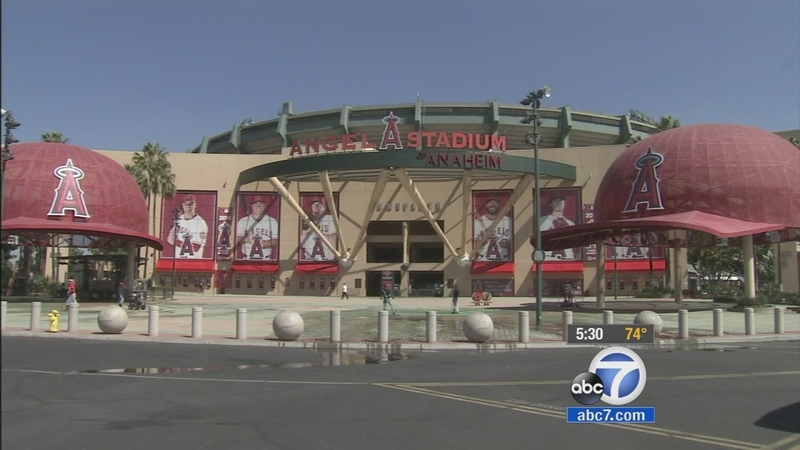 ANAHEIM, Calif. -- The Los Angeles Angels are considering options for a new home ballpark after ending negotiations with Anaheim over a renewed lease on the team's current stadium.

The dispute over the lease sent team officials looking at alternatives to Anaheim to call home. The team says it continues to look at all of its options - including possibly building a new stadium in Tustin at the former Marine Corps Air Station.

"I think the local businesses would benefit and I think it would be good for the whole city in general," said Shawn Rimbach, a Tustin resident.

But not everybody is on board, saying the team needs to stay in Anaheim.

The city of Anaheim and the Angels have a stadium lease that runs until 2029. The team can opt out anytime between 2016 and 2019.

Last year, the Anaheim City Council agreed on a framework for discussions - the Angels pay $150 million for upgrades to the Stadium. In exchange, team owner Arte Moreno would lease the parking lots for $1 a year for 66 years. The land development would help pay for the renovation.

"Arte Moreno was willing to put up all of the risk and all of his own funds," said Anaheim City Councilmember Kris Murray. "Zero risk to taxpayers, zero cost to residents."

But Mayor Tom Tait says the proposal was always a bad deal.

"It's worth hundreds of millions of dollars and to give it away for $1 a year for 66 years? It belongs to the people," Tait said.

After a year of tough negotiations, this is what Angels management had to say:

"Our goal from day one was to ensure a high-quality fan experience well into the future. We have spent a lot of time on this Memorandum of Understanding and after 12 months, we feel our best course of action is to dissolve this non-binding agreement. We have always appreciated the council members' support for this MOU."

Tustin City Manager Jeffrey Parker says there is plenty of space at the old base.

"There would be other land that would be available for development out there besides the stadium itself," Parker said.

Parker said that other land could be privately developed by Moreno to pay for a stadium. Tustin officials say they don't want to use money out of their general fund to pay for it.

Meanwhile, Anaheim is not giving up.

"I'm literally going to fight like hell to keep them here in Anaheim," Murray said.