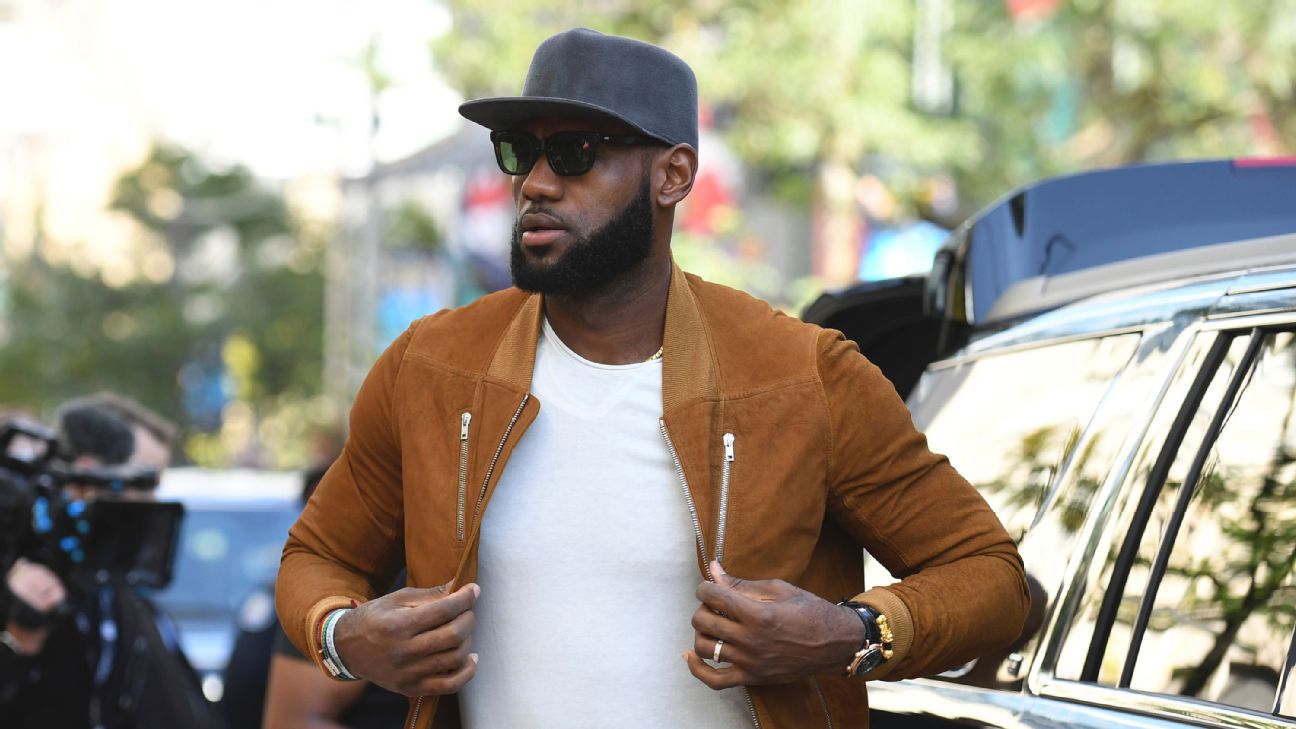 LOS ANGELES -- After seeing his LeBron James mural vandalized for the second time in five days, Jonas Never opted to put an end to what had become an apparent hot-button topic among some fans.

Never told ESPN he covered the mural with white paint Wednesday not long after a vandal had splattered yellow paint on his work, which featured James in a Los Angeles Lakers jersey on a wall at the Baby Blues BBQ restaurant in Venice.

"I thought I had learned a long time ago to never touch religion or politics," said Never, the Los Angeles-based muralist who has also designed murals of the late Anthony Bourdain and Stuart Scott among many others.

"I guess it is never touch religion, politics or anyone against Kobe," Never cracked.

Not long after James committed to the Lakers in free agency on July 1, Never decided to work on a James mural. After 12 hours of work spanning more than two days, going through a bucket of paint and using more than 75 spray cans with graffiti specialist Fernando Valdez, Never's James mural was up last Friday featuring the message "The King of LA" on it.

Never received plenty of positive feedback, but he said his art was also met by criticism from some fans, especially on social media, over what he intended to be a play off of the "King James" nickname. He heard from some who objected to James being the "King of LA." Then the mural was first vandalized with someone spray-painting "We Don't Want You," "No King" and "3-6" on it in apparent reference to James' record in the NBA Finals.

"I got a ton of support," Never said. "At first when we had the original piece, there was a ton of positivity, but also a ton of like pro-Kobe, anti-LeBron sentiment. [Some] people didn't like it in general, not necessarily the work, but the sentiment that went with it. People had a big problem with the word 'of.' I get where they are coming from."

Never fixed it and decided to take "of" off "The King of LA." But Never said it was vandalized again sometime Tuesday night and he decided to call it a wrap.

"I know when to cut my losses," said Never, who did a Bryant mural near Staples Center during Bryant's final season as a Laker in 2016. "The first vandalism was made easier to swallow because, by all accounts from the Twitter debate [over it] that we saw, it looked like a guy offered up a $300 bounty to anyone who destroyed the mural. Some guy did it and posted video of him doing it and responded to the guy and said 'Pay me.'"

While Never doesn't know for sure who vandalized his art, he said there wasn't a hint of anyone claiming responsibility following the second time it was vandalized, leaving the artist at a loss when he tried to make sense of it all.

With another project coming up Monday in the San Fernando Valley, Never -- who has done more than 100 murals around Los Angeles, including a popular "Karate Kid" one -- did not think he had time to restore the James mural after the latest act of vandalism.

Never has plans to do a Lakers team wall piece for Spectrum SportsNet, the network that televises the Lakers. He did a mural of Lonzo Ball for the network last year.

"I can't see anyone getting mad about the whole team," Never said of his next Lakers mural. "[Kyle] Kuzma, LeBron, Lance Stephenson blowing on LeBron."

As for James, Never would like to design another piece off the Lakers' latest superstar, but perhaps during the season.

"This was just for my own fun just being happy that the Lakers were actually going to be talked about again," Never said. "And I didn't realize that a mural would be [almost] as talked about as much as the Lakers would be."

One current Laker, Josh Hart, expressed disappointment that the mural had to go.

"This is sad and disrespectful.... LA we better than this," Hart posted on Twitter. 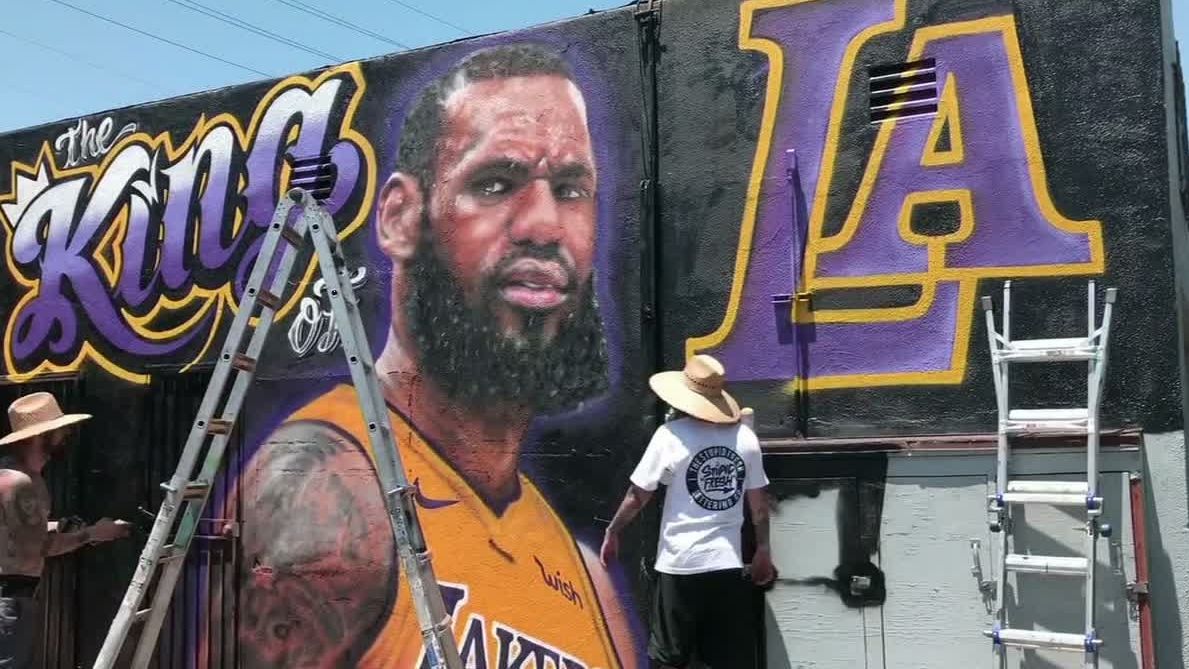