Lakers' LeBron James driven to be the best in the world, not by MVP award 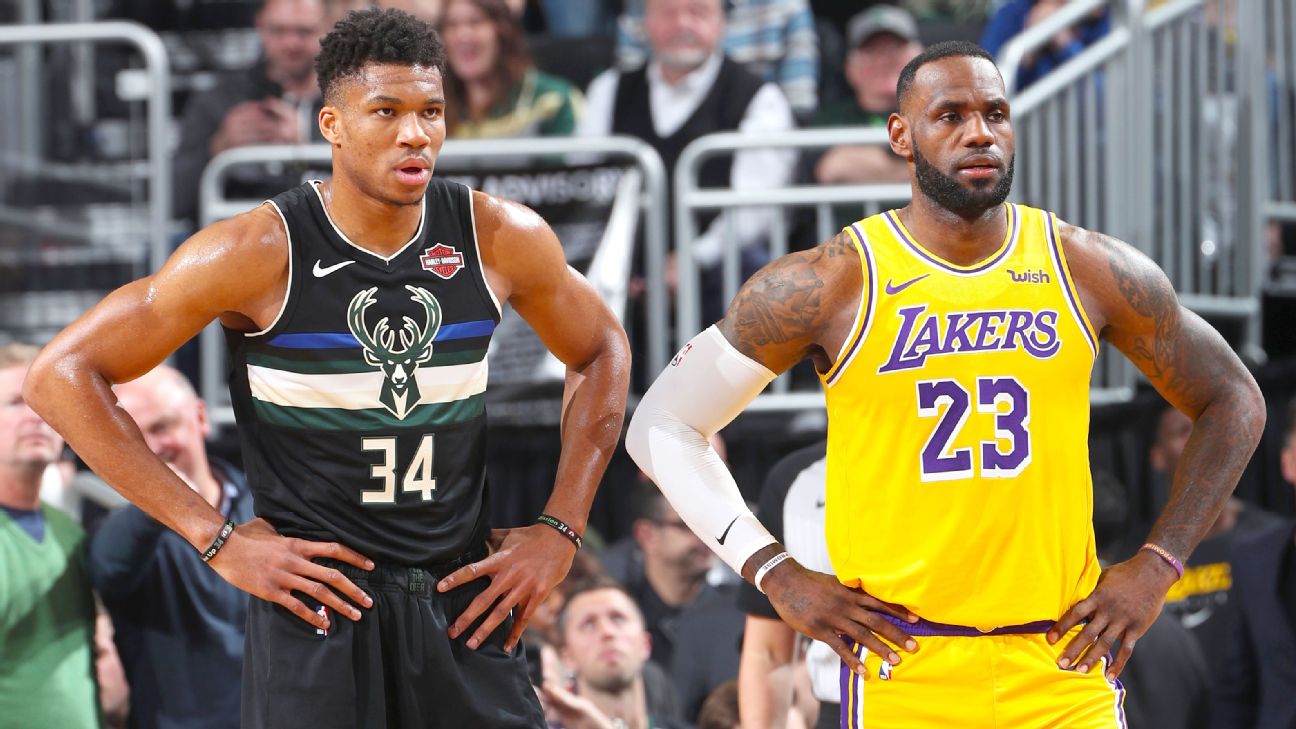 EL SEGUNDO, Calif. -- LeBron James was named the NBA's MVP four times through his first 16 seasons in the league; however, the Los Angeles Lakers superstar claims he never set out to acquire a pile of Maurice Podoloff Trophies.

Should James, 35, win the award this season, he would become the oldest league MVP since Karl Malone in 1998-99. He is averaging 25.4 points, a league-leading 10.7 assists and 7.8 rebounds per game in his 17th season. If it was up to his Lakers brethren, the "L-e-B ..." on his name would already be engraved on this season's trophy.

"The body of work he's put forth for our team I don't really think it compares to anybody else," Lakers coach Frank Vogel said. "A lot of great performances throughout the year with other players, so I don't want to take anything away from anyone else, but it's pretty unbelievable what he does. What he means to us on both sides of the ball, defensive IQ and the way he impacts the game with his strength, athleticism, scoring the way he does, but also leading the league in assists. And the most important stat is how much we're winning.

To call Antetokounmpo's season great is an understatement by any standard. He's averaging a career-best 29.6 points on 54.8% shooting, a career-best 13.8 rebounds (fourth in the league) and 5.8 assists.

And as impressive as the Western Conference-leading Lakers (47-13) have been, the Bucks (53-9) have been the best in the league.

Should Antetokounmpo win the award again, he would be the first back-to-back recipient since Golden State's Stephen Curry in 2014-15 and 2015-16.

Lakers forward Anthony Davis says James' on-off numbers show his true value. There is a plus-11.4-point differential when James is playing for the Lakers versus when he's on the bench, according to the website Cleaning the Glass.

"You guys see when LeBron's off the floor, how our team operates," Davis said. "We kind of struggle a little bit with him off the floor. And I think it's about who is most valuable to their team. And for me, just being around it this whole season, my vote goes to LeBron."

Vogel said all the intangibles that James brings to the franchise push his candidacy over the top, particularly his leadership ability.

When James was asked to describe how he knows he's on track to achieve his stated goal of becoming the best player in the world, he also pointed to leadership.

"I think it's the games that I play, leadership, how my teammates feed off my presence and feed off my word. It's so much more than, for me, being the best player in the world than just going out and doing it on the floor," James said. "I think leadership has a lot to do with it. Having a command. Holding yourself accountable. Allowing others to hold you accountable as well. So I have a lot of tiers to trying to be the best player in the world. It's not just about the basketball side."

Being held accountable includes taking guff from his teammates on occasion as well.

"He made a comment the other day during the game that he's a machine. He don't like coming out of games because he's a robot. Soon as he said that, the next play he had the little 'Shaqtin' A Fool' thing," Davis said, referring to when James dribbled the ball inbounds instead of passing it late in the Lakers' win over the New Orleans Pelicans on Sunday, resulting in a turnover.

"That was a little malfunction right there. Yeah, but he does the things necessary to give himself the title of being the best in the world."

When asked to describe the challenge of stopping Antetokounmpo, James pointed to the structure of the team around him.

"I think what a lot of people are misunderstanding about how great Giannis is, is how they put that team together," James said. "They put that team together around him that fits his attributes perfectly. It allows him to get space because they keep so many shooters out on the floor at the same time. It allows him to get downhill because you have to stop him at the point of attack and you also have to get out to sharpshooters."

Antetokounmpo looked like a sharpshooter himself in the Bucks' 111-104 victory over the Lakers on Dec. 19, as he shot 5-for-8 from 3. Vogel said his team will have to respect Antetokounmpo on the perimeter Friday.

"It's pretty much kind of, 'Put your hand up,'" Vogel said. "That's kind of a soft suggestion. If a guy's on the other team, shooting the ball, maybe put your hand up." 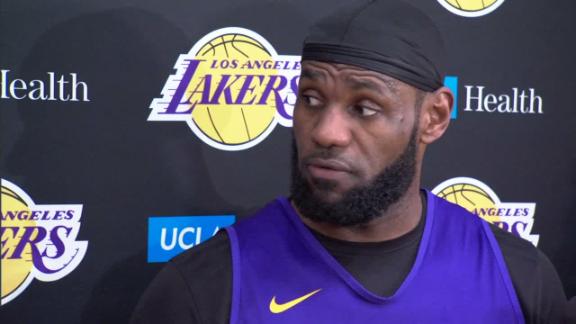