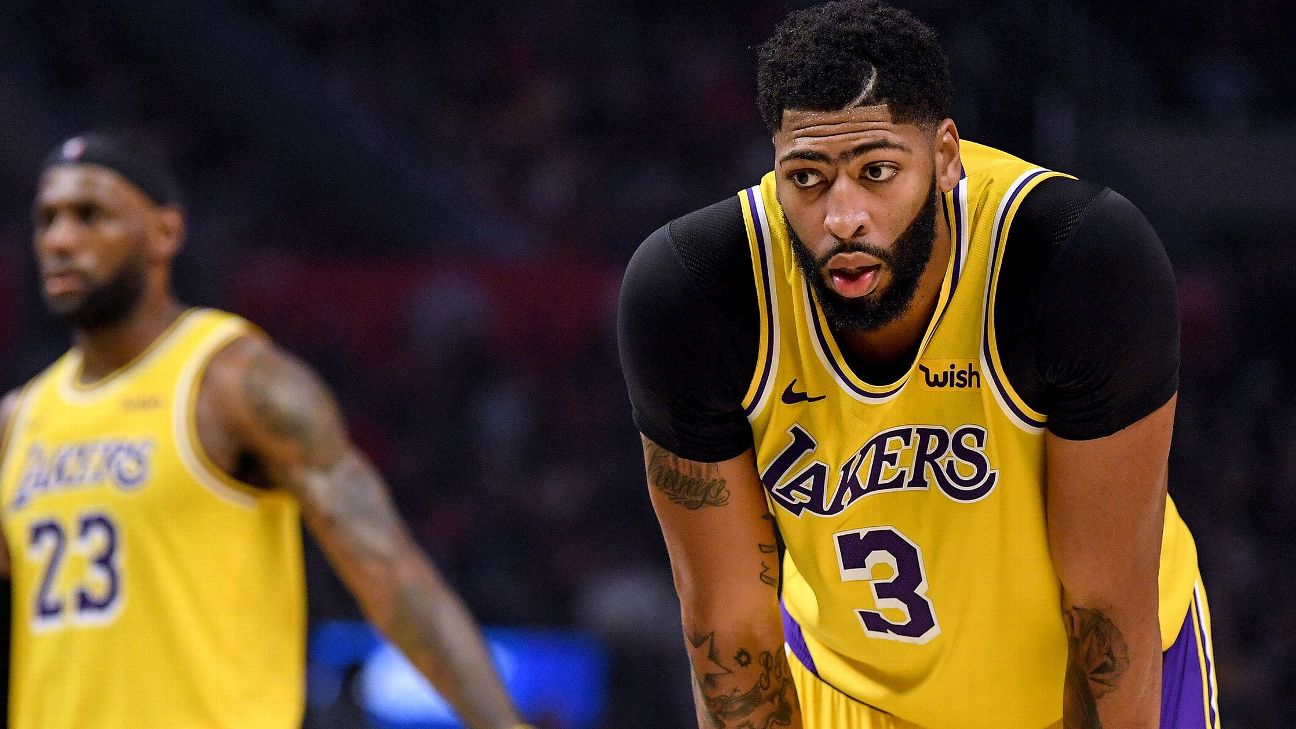 LOS ANGELES -- A lackluster 114-100 loss to the Dallas Mavericks on Sunday did not cause the Los Angeles Lakers to adjust their expectations for themselves. If anything, the result -- stemming from a disastrous 55-38 second half that snapped L.A.'s 10-game winning streak just as its schedule starts to get tougher -- only left the Lakers strengthening their resolve.

"Our whole thing is we don't want to lose two in a row," said Anthony Davis, who, like LeBron James, played under the weather against the Mavs. "Ever."

If his statement ends up provoking Outkast-esque "forever ever?" indignation, it would be understandable. Even the storied 1995-96 Chicago Bulls lost two in a row in February en route to what was then an all-time-best 72-10 record.

So practical? Maybe not. But there remains a gold standard the purple and gold are striving for as the Lakers enter a portion of the season that features eight of their next 11 games on the road, including formidable opponents such as the Milwaukee Bucks, LA Clippers, Utah Jazz, Miami Heat, Indiana Pacers and the Denver Nuggets twice -- the first of which is coming Tuesday at Pepsi Center.

"You don't know until you [strive for it]," James said of the goal to avoid a two-game losing streak all season, which he says the team has eyed since opening night.

"Realistic is the mindset. It's not about [accepting that] sometimes you lose games in a row. Just having that mindset and that approach."

The Lakers' approach in the second half against Dallas was dreadful as budding Mavericks star Luka Doncic put up 21 points, six rebounds, five assists and three steals after the break, while James and Davis combined for 17 points, eight rebounds, three assists and one steal in the final two quarters.

"Our defense was terrible today -- we didn't rebound the basketball therefore we keep giving them second-chance points and they made us pay with 3s," Davis said after L.A. was dominated 16-9 on the offensive glass and 23-10 in second-chance points. "We know what we did wrong."

So far this season, the Lakers have backed up their mission to keep losses from piling up. They lost to the Clippers 112-102 to open the season, then reeled off seven wins in a row. Then they lost 113-104 to the Toronto Raptors in another stuck-in-the-mud Sunday contest and followed that defeat with the aforementioned 10-game win streak.

Perhaps the most memorable play from the Mavs' victory was Doncic stroking a 27-foot 3-pointer with James guarding him, putting Dallas up 110-89 with 5 minutes, 28 seconds remaining in the fourth quarter.

It capped the first win of Doncic's career against James and the Lakers, and it felt like a far cry from when he asked James for his jersey as a keepsake after playing him for the first time at Staples Center last season.

"I admire him today, too," Doncic said. "He was my idol when I was growing up."

Just as Doncic's career has gone into overdrive, making him a popular MVP candidate as an encore to his Rookie of the Year campaign, so too have the Lakers' expectations.

It doesn't matter that they haven't made the postseason in six years and finished last season 37-45. There are new goals they are reaching for.

"That's part of growing together -- how you respond to losses," Lakers coach Frank Vogel said, looking ahead to Tuesday. "Playing in Denver is always tough. As well as they're playing this year, it's going to be even tougher. So, I believe in our guys. If we play to our abilities, there's nobody we can't beat and nowhere we can't get a W."

They will attempt to isolate the loss and continue collecting more wins.

"It's one game," Davis said. "We're not going to get down over this loss. We know the type of team we are. We know now we were playing well and they beat us, but we beat ourselves tonight with the rebounding and we need to do better." 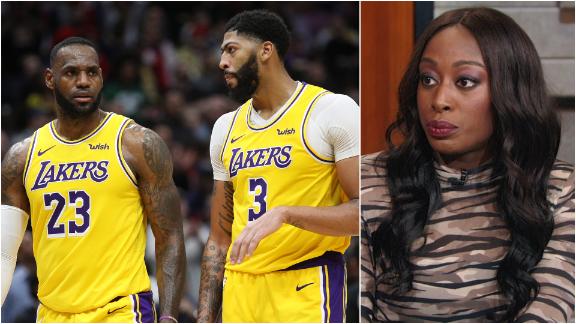 Can the Lakers avoid 2-game losing streaks?
Kevin Arnovitz and Chiney Ogwumike both believe that the Lakers could go the season without losing back-to-back games, but there are key things that have to watch for. 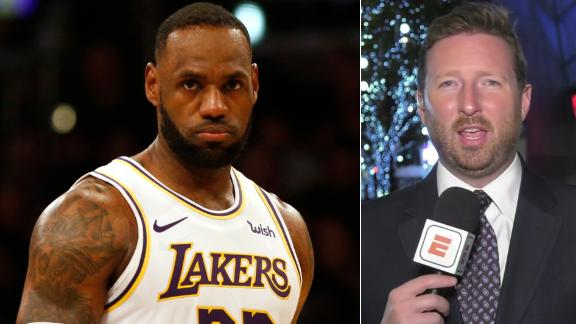