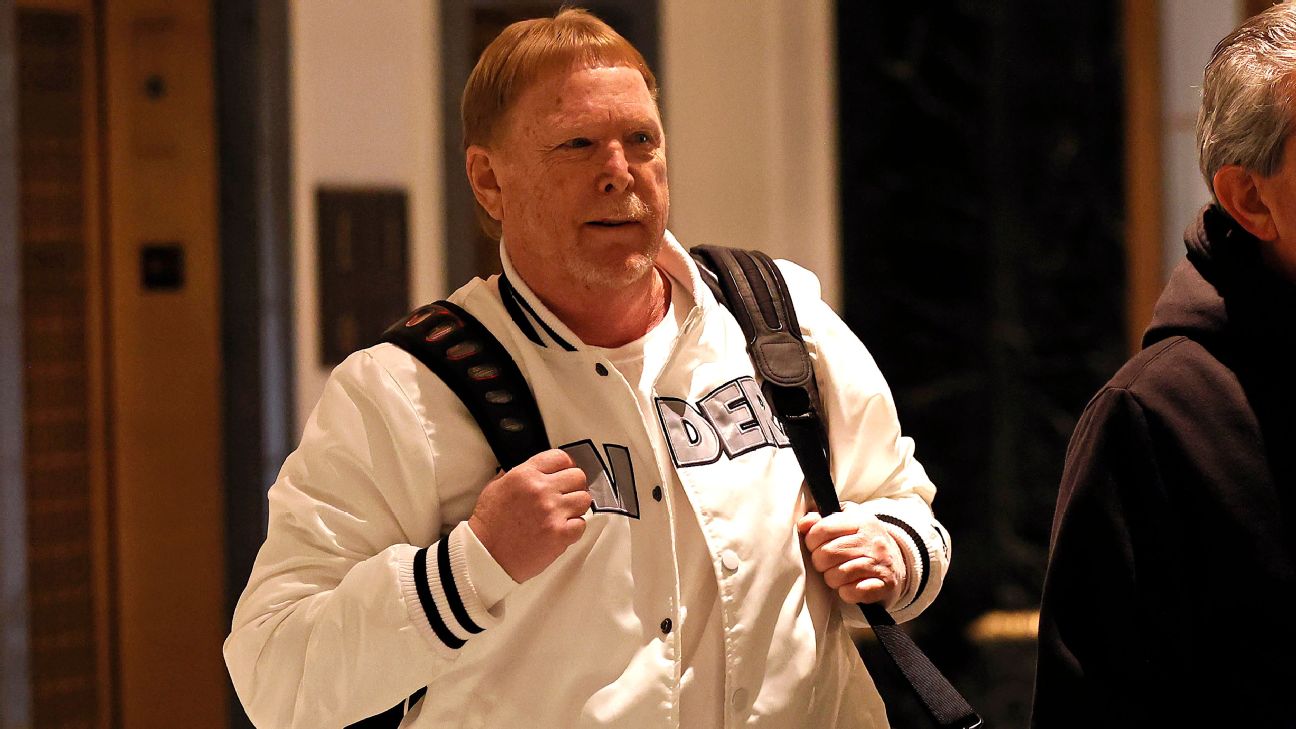 Las Vegas Raiders owner Mark Davis broke ranks with other NFL owners Wednesday at the league's fall meetings, saying he would like to see a written report of the investigation into the Washington Football Team.

"Probably, yeah," he said in New York. "I think that there should be, yeah. Especially with some of the things that were, I guess, charged. Yeah, I believe so, I think people deserve [a written report], especially people that were, quote, victims."


Davis spoke for about 12 minutes in a wide-ranging back-and-forth conversation with reporters, his first public comments since Jon Gruden resigned as Raiders coach on Oct. 11 following reports that emails he wrote over a 10-year period included racist,anti-gay and misogynistic language. The messages between Gruden, who was employed at the time by ESPN, and then-Washington Football Team presidentBruce Allen were uncovered as part of an NFL investigation into workplace misconduct within the Washington organization.

The NFL has said that of the more than 650,000 emails reviewed, the Gruden emails were the only ones of such nature. The league did only an oral report on its findings, not a written one, and commissioner Roger Goodell said Tuesday that a report will not be released, despite public pressure.

Davis was asked if he felt singled out or targeted in an investigation of one franchise that cost another franchise -- his franchise -- its coach.

"We're Raiders," Davis said. "We're used to this and that's what our life is about. But it is disappointing."

On Oct. 13, in the wake of Gruden's resignation, Davis told ESPN, "I have no comment. Ask the NFL. They have all the answers." On Wednesday, though, Davis said he was "disappointed" in what he called a "timing issue" with when the Raiders were made aware of Gruden's emails by the NFL.

"The fact that they may have known about it a couple of months beforehand and didn't let us know," he said, reiterating that the Raiders first heard of the emails in a call from a Wall Street Journal reporter on Oct. 7. The Raiders then spoke to the league a day later; later that same afternoon, the Wall Street Journal reported that Gruden had made a racist comment when referring toNFLPA president DeMaurice Smith in a 2011 email to Allen.

During Tuesday's meetings, Davis asked Goodell why he had learned of the emails only right before they were made public, sources told ESPN's Seth Wickersham.


"I believe that if we had gotten the information earlier in the summer, when [the NFL] learned about it, it would have been a lot easier for everyone involved. ... Then we could have done something before the season, rather than in the middle of the season," Davis said Wednesday.

Gruden was allowed to coach on Oct. 10; a day later, the New York Times reported on more disparaging emails sent by Gruden between 2011 and 2018.

Davis said the latest report by the Times had little to do with Gruden's departure.

"The Raiders have always stood for diversity, inclusion, social justice. It's in our DNA," Davis said. "I've never seen Jon exhibit any of those [negative] things in practice with the Raiders. He's no longer the coach of the Raiders. It was something that had to be done. It didn't represent what the Raiders stand for."

Davis said he has spoken with Gruden since his resignation and that a settlement has been reached. Gruden, who initially coached the Raiders from 1998 through 2001 before Al Davis traded him to the Tampa Bay Buccaneers, returned to the Raiders in 2018 on a 10-year contract worth a reported $100 million after nine years in ESPN's Monday Night Football booth.

"He's hurt," Davis said of Gruden. "He's really hurt, and I understand that. But he understands the ramifications of what he said.

"We all have demons in our lives and you have to understand that, and then you have to also look at redemption as well."


Under interim coach Rich Bisaccia, the Raiders have won two games, against the Denver Broncos and Philadelphia Eagles, and are on their bye week with a 5-2 record atop the AFC West.

Davis was asked if he has already begun a coaching search. He said he has not.

When asked about Mike Mayock's status as general manager going forward, Davis reiterated what he told ESPN two weeks ago, when he said Mayock maintains a 51% controlling interest over Bisaccia in personnel moves. (It was previously Gruden 51%, Mayock 49%.)

"Mike is the general manager of the Raiders," Davis said, "and there's no reason why he shouldn't be in the future."

Also, Davis spoke of the rash of resignations in the organization's finance department this offseason, from president Marc Badain to CFO Ed Villanueva to controller Araxie Grant.

"It was accounting irregularities," Davis said. "I will say it wasn't not paying enough taxes. Kind of, we overpaid our taxes. ... We paid more than we owed. ... It may have started in Oakland."

Asked if they were "forced resignations," Davis, who moved the franchise to Las Vegas last season, replied, "I would say it might be." 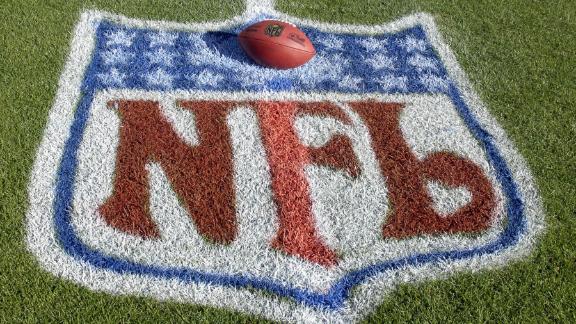